VIENNA - An iPad can be an effective tool for reading CT angiography (CTA) studies in patients suspected of having acute gastrointestinal (GI) bleeding, according to a Thursday presentation at ECR 2014.

Not only did 2D reading of CTA studies take significantly less time on the iPad than a conventional workstation, interpretations on the popular Apple tablet were also significantly more specific, according to Dr. Lorenzo Faggioni, PhD, of the University Hospital of Pisa in Italy. Interreader agreement was also higher when using the iPad.

Thanks to the increased speed and data capacity of modern wireless networks and the availability of increasingly powerful, dedicated software, tablet PCs such as the iPad offer growing utility for radiologists.

"[These capabilities have] made it possible to display more and more large datasets from several imaging modalities on these handheld devices without the need for dedicated standalone workstations," Faggioni said.

Research in the literature has shown particular promise for tablet PCs in radiology. In emergency radiology, studies have shown effectiveness in applications such as identifying pulmonary embolism on CT pulmonary angiograms and reviewing MRI spinal emergency cases.

"There is an interest in using these devices in emergency [situations] because they might allow faster identification of diseases ... in the event that there are no available standalone workstations," he said.

To continue to explore emergency radiology applications for tablet PCs, the Italian research team sought to evaluate the effectiveness of the iPad with a Retina Display as a mobile device for 2D reading of CTA studies performed in patients with suspected acute gastrointestinal bleeding.

The group gathered 25 CTA exams of patients with suspected acute GI bleeding. Of these, 20 were confirmed and five were ruled out via digital subtraction angiography (DSA).

Two independent readers retrospectively evaluated the source axial images of all CTA datasets on an Advantage Workstation 4.5 (GE Healthcare) connected to their institution's PACS network. Two other independent readers then read the same images on an iPad (64 GB) with Retina Display. One month after the initial reading sessions, each of the four readers repeated the whole image evaluation on the other device.

An iMac (Apple) was used to transfer all CTA images (including unenhanced and contrast-enhanced axial images, as well as multiplanar reformatted series when available), according to Faggioni. The images were transferred in JPEG lossless format using Apple's Bonjour protocol.

The researchers assessed time needed to complete reading of every CTA examination, detection of arterial blush, and suspected bleeding arteries. They then compared the two groups using the Wilcoxon signed rank test and calculated interreader agreement for workstations and iPads between themselves and between the DSA results using Cohen's kappa (κ) coefficient.

2D image reading time was significantly shorter on the iPad than on the workstation (p < 0.002). The increase in sensitivity was not statistically significant, but the increase in specificity was, Faggioni said.

As a result, the iPad was judged to be effective for 2D reading of CTA studies for suspected acute gastrointestinal bleeding.

"A potential application of this kind of device would be in teleradiology for remote CTA viewing by an on-call interventional radiologist for an immediate decision whether to embolize patients with this condition," he said.

Faggioni cautioned that further investigation on a larger patient sample and with more independent readers is warranted to corroborate their preliminary results. He also noted that it took training and experience for radiologists to be able to decrease image reading time on the iPad. 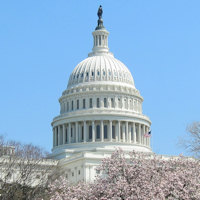 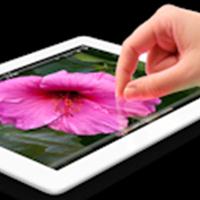 Forum Comments
3 comments so far ...
3/6/2014 11:48:04 AM
captaindoctor
While interesting, I would appreciate if these studies used android devices, if only for the fact of higher resolution and superior display.  The high end Ipad Retina display is 264 PPI @ 2048x1536, while the standard 10 inch android (Nexus 10) boasts a 300 PPI 2560x1600 resolution.  Just as in considering monitors and peripheries for workstations, the superior resolution tablet should be utilized in these studies if available.