November 29, 2018 -- The latest results of mass ultrasound screening of children for thyroid cancer after the Fukushima disaster were published online on November 29 by JAMA Otolaryngology -- Head & Neck Surgery. The study provides vital data on thyroid cancer and may lead to growing demands outside of Japan for more ultrasound scans in younger people, increasing the risk of overdiagnosis, experts have warned.

In an observational study, Dr. Akira Ohtsuru, PhD, from the department of radiation health management at Fukushima Medical University, and colleagues analyzed the incidence of thyroid cancer in children and adolescents screened with two rounds of ultrasound within five years of the 2011 disaster at the Fukushima Daiichi nuclear power station. The main question they addressed was, what is the pattern by age group of cancer detection via ultrasound screening of the thyroid among children and young adults?

The first round of ultrasound screening was carried out between 2011 and 2013, and the second round between 2014 and 2015. A total of 324,301 individuals younger than 18 years at the time of the disaster were included in the analysis.

Thyroid cancer, or suspected cancer, was identified in 187 patients within five years (116 people in the first round among nearly 300,000 people screened and 71 in the second round among 271,000 screened). By far the most common diagnosis in surgical cases was papillary thyroid cancer (149 of 152, or 98%). Overall, the distribution pattern of the incidence rate by age group in second-round examinations increased with age, according to Ohtsuru and colleagues.

Large-scale ultrasound screening can identify many detectable cancers from a sizable pool of nonclinical and subclinical thyroid cancers among individuals of a relatively young age, in an age-dependent manner. However, to avoid overdiagnosis, an improvement in screening strategy based on the understanding of the natural history of thyroid cancer will be urgently needed, Ohtsuru and colleagues explained.

"The fundamental ethical principle of doing more good than harm should be central to accident management, including conducting thyroid screening that is designed to avoid the problems of potential overdiagnosis," the researchers wrote. "We should not be influenced by the negative experiences or psychosocial issues of the examinees under the potential for overdiagnosis."

Because the natural progression of thyroid cancer in young patients remains unknown, further studies are required, they believe. Data from the Fukushima Health Management Survey may contribute to understanding how to conduct future screening programs to both limit overdiagnosis and support an accurate evaluation of the effect of low-dose radiation on the thyroid glands of children and adolescents, they stated.

The 2011 disaster raised grave concerns about radioactive material released into the environment, including over radiation-induced thyroid cancer. Ultrasound screenings for thyroid cancer were subsequently conducted in the Fukushima Health Management Survey. The debate over whether a rise in thyroid cancer among children in Japan is related to the nuclear disaster -- or whether it's simply due to overdiagnosis as children near the site of the disaster are screened for the disease -- has been ongoing since 2015.

"Before the Fukushima Survey, we did not know if there was a substantial reservoir of subclinical thyroid cancer in children and adolescents. These data show that there is a very large reservoir," wrote Dr. Andrew J. Bauer, from the Pediatric Thyroid Center at Children's Hospital of Philadelphia Division of Endocrinology and Diabetes, and Dr. Louise Davies, from the VA Outcomes Group at the Department of Veterans Affairs Medical Center in White River Junction, VT.

More children and adolescents are likely to undergo ultrasound of the thyroid in the U.S., leading to the detection of a substantial reservoir of subclinical thyroid cancer. This could open up children to the risks and consequences of overdiagnosis and subsequent treatment that may worsen health, as has happened within a segment of the adult population, Bauer and Davies continued.

"We are still left with the difficult question of how to apply the concepts of overdiagnosis in this scenario. Pediatric thyroid cancer has a 98% rate of survival, even for patients with pulmonary metastasis, so benefits of treatment should not be considered in regard to effects on disease-specific mortality," they pointed out.

Ohtsuru gave a lecture on this topic at the 5th International Expert Symposium in Fukushima on Radiation and Health, entitled "Chernobyl+30, Fukushima+5: Lessons and Solutions for Fukushima's Thyroid Question." His full presentation can be downloaded here.

Article questions long-term health effects of atomic bombs
A new article published in Genetics questions whether the long-term health effects experienced by survivors of the atomic bombs dropped on Hiroshima...
Debate roils Japan over rise in children's thyroid cancer
A debate has broken out over whether a recent rise in thyroid cancer in children in Japan is related to the Fukushima Daiichi nuclear disaster -- or whether... 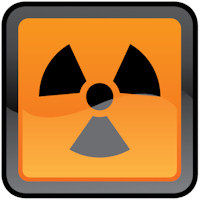 Ultrasound shows thyroid cancer spike after Fukushima
Just as many had feared, the disaster at the Fukushima Daiichi nuclear power plant in March 2011 has sparked a sharp increase in thyroid cancer among... 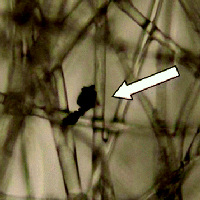