Use of mobile devices in radiology requires extra care


VIENNA - Mobile devices such as tablets and smartphones are increasingly being employed in radiology applications, but users must take heed of crucial technical factors that can affect their performance for viewing images, according to a Saturday presentation at ECR 2014.

"[Mobile devices] do offer significant potential, if we use them in the right circumstances and we bear in mind all the relative considerations, such as what tablet or phone we're using, what conditions we're using it in, and [that] calibration can be dealt with," said presenter Rachel Toomey of University College Dublin.

Radiologists continue to incorporate handheld devices into their practice. For example, a survey presented on Thursday at ECR 2014 by Dr. Erik Ranschaert of Jeroen Bosch Ziekenhuis in the Netherlands found that more than 50% of radiologists used tablet computers in their clinical practice, Toomey said. In another study published late last year, 86% of residents who were provided with iPads used them daily, mostly for education but also relatively frequently for viewing clinical images.

While mobile devices are widely viewed as useful for accessing information, their suitability for diagnostic reading is a lot more controversial. There has been an explosion of studies in the literature comparing mobile devices with workstations and/or investigating their clinical efficacy, but there are very few formal reports on their adoption in clinical practice, according to Toomey.

At a basic level, deploying mobile devices for image viewing applications requires the use of a DICOM viewer, Toomey said. A number of DICOM viewers are available from major PACS vendors, but only a few of them have been cleared by the U.S. Food and Drug Administration (FDA) for diagnostic use with medical images.

Two tablet ultrasound devices (from Terason and Mobisante) have received approval, and several DICOM image viewers have been cleared for diagnostic use on mobile devices, the first of which was MIM Software's Mobile MIM in 2011. The FDA clearances for the various applications typically cover use only in certain modalities, Toomey noted.

"It's very clearly stated that they shouldn't be used for mammography and they should only be used when a workstation is not available," she said. "So it's very limited use actually cleared by the FDA, even for the most well-known viewers."

The small screen size is an obvious concern with mobile devices, and little research has actually been conducted on the effects of image size. Studies in the literature on image size in general have produced conflicting results: Some found that reducing the size of the image degrades performance for certain abnormalities, while others suggest that it actually improves detection performance for some abnormalities, Toomey said.

"They hypothesized that's because when you view a medical image on a small scale, more of the overall image is in your high-resolution vision at a single time," she said. "The bottom line with screen size is that we don't really know yet what exactly the impact of screen size is, and it's likely to be different for different pathologies with different spatial frequencies and different contrast characteristics."

A display's spatial resolution is tied in with viewing distance and screen size, Toomey said. A few recent papers have examined the issue of the spatial resolution of mobile devices with regard to radiology, and they have found, generally, that these smartphones and tablets have spatial resolution/pixel pitch and noise characteristics that are as good as or even better in many cases than the workstations used on a regular basis.

"So they perform really well in this area," she said. "However, we do need to take into account that doesn't negate the effects of software processing, and what are the operating systems and programs doing to the images, and also the effect of image size, which are not particularly well-understood yet."

Brightness and contrast are important factors in perceiving pathologies and for assessing image quality, she said.

A paper published in late 2013 compared a range of physical properties of three smartphones and five tablets with 3- and 5-megapixel radiology workstations. All of the mobile devices would clearly meet the minimum and maximum luminance values recommended for displays by the American Association of Physicists in Medicine (AAPM) in 2005, she said.

Some of them, however, would fail in some aspects under the 2012 AAPM/American College of Radiology/Society for Imaging Informatics in Medicine image display recommendation, which calls for a maximum luminance of more than 350 cd/m2, a minimum luminance of around 1 cd/m2 or more, and a luminance ratio (the ratio of maximum to minimum luminance) of at least 250 but preferably closer to 350, Toomey said.

"Not only do we have to bear in mind what model we're adopting, but also [if] that model [could] have some inconsistencies," she said. "These are consumer devices and are not subject to the same quality assurance, perhaps, that other monitors might be."

The issue of display nonuniformity has not been investigated in handheld devices in radiology, she noted. Compliance with the DICOM Grayscale Standard Display Function (GSDF) is essential for radiology viewing, however.

"Perceptual linearization is essentially standardizing the way images appear between different displays, standardizing the perceived contrast," she said. "With tablets and smartphones, we don't have access to the video subsystems and I don't think we're likely, given the interest of the vendors, to have access for some time. So conventional calibration is impossible with these devices."

Tablets can experience luminance variance, even higher than 30% from the DICOM GSDF standard. That's much more than the 10% variance expected from a calibrated monitor.

"So when we look at an image on a tablet, we should be well aware that it's not going to be represented in the same way or same perceived contrast as it would be on a conventional radiology workstation," she said.

In response to this situation, some vendors have introduced calibration capabilities, such as a "tap test" on the Mobile MIM app or the MediCal QAWeb Mobile app from Barco.

In a study published in 2012, researchers investigated the effect of contrast perception on mobile devices. They found that when zooming was allowed on an iPad, readers could do pretty much as well as they would on a diagnostic workstation for finding low-contrast details, she said. Without zooming, performance significantly degraded, however.

There has been very little research on the effects of ambient noise and temperature, but the few studies conducted did not detect a significant effect from the noise and temperature typically encountered in radiology departments. The influence of those variables might be different in other areas, though, Toomey said.

There are a number of recommendations pertaining to ambient light in radiology. The AAPM Task Group 18 document in 2005 offered the most detailed physical recommendations for different screen types, she said. There has also been extensive research on this topic.

"The summary of all of the research papers that have been conducted is that too bright is bad; if you have too bright an environment, there will be too much degradation in contrast on your image and you won't be able to perceive abnormalities as well," she said. "The second [summary] is that too dark is bad; your eye will not be able to adapt appropriately to the luminance on the monitor if the rest of the environment is too dark."

The effects of ambient lighting on mobile devices can vary based on the reflectance properties experienced with each unit.

Research on handheld devices for clinical use has explored many potential uses in imaging. For example, CT and CT angiography (CTA) applications have included intracranial hemorrhage, pulmonary embolism, acute aortic pathology, coronary artery stenosis, appendicitis, and stroke. Intra-articular knee pathology and emergency spinal cases have been among the MRI exams evaluated, according to Toomey.

"[MRI and CT] have probably been investigated the most, as they are the lowest resolution and certainly the ones that people would [believe] it's probably OK to read on a smaller screen," she said.

"The outcomes of these studies have overwhelmingly been that there were no differences between the monitors that they studied, which may have been full diagnostic workstations or secondary monitors [such as] conventional ultrasound monitors," she said.

While these papers are interesting, Toomey pointed out that the studies involved limited numbers of images and viewers, as well as varying methods of scoring and analysis. Therefore, these topics need further investigation.

"While a number of papers have come out very recently, I urge you to apply caution in interpreting their results or extrapolating them to other pathologies or circumstances," she said.

Clinical users also need to be aware of the importance of protecting against infections from these devices, which can harbor bacteria such as methicillin-resistant Staphylococcus aureus (MRSA). Data protection and security are also important issues, as these devices are prone to theft or loss.

"We have to be very cognizant of how data on patients can be accessed on these devices, and who might inappropriately have access to it," Toomey said. 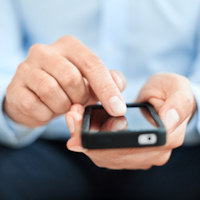 iPhone facilitates second opinions for on-call radiologists
On-call radiology residents can reliably use a smartphone to get after-hours advice from more experienced or specialized radiologists on challenging CT...
Radiology can benefit from mobile computing in myriad ways
Mobile computing technologies have the potential to reshape the practice of radiology, touching on areas such as interactions with referring physicians... 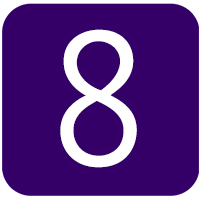 The 8 RIS innovations you need now
The radiology information system was one of the first digital software tools available in medical imaging. But as the rest of healthcare moves into the...

Teleradiology in your pocket: Smartphone boosts stroke treatment
In the battle against time in the effective treatment of stroke patients, vascular neurologists can call on another weapon: the smartphone, researchers...
Apps or Web? Options abound for mobile devices in imaging
Mobile devices open up a whole new opportunity to utilize medical images, but institutions have choices to make on how to implement this exciting new...
Copyright © 2014 AuntMinnie.com