Technologists are squeezed from both sides because on the one hand, they have a responsibility to the healthcare facility to be as efficient and productive as possible. On the other hand, RTs also have a duty to provide the best care possible to patients, according to Dr. Daniel Sodickson, a past president of the International Society for Magnetic Resonance in Medicine (ISMRM) and a professor of radiology neuroscience and physiology and Biomedical Engineering at New York University

"My sense is it's not easy to be a radiologic technologist because they are called upon to do many repetitive things, many things that are very technical, yet at the same time, they are the human face that goes along with these kind-of scary imaging procedures," Sodickson told AuntMinnie.com. "It falls to them to reassure people in their time of need."

Technologies like AI offer a possible solution by automating routine tasks, enhancing workflow, and improving technologist efficiency. But many in radiology have viewed the arrival of AI with some skepticism, fearing that the technology could eventually replace humans. 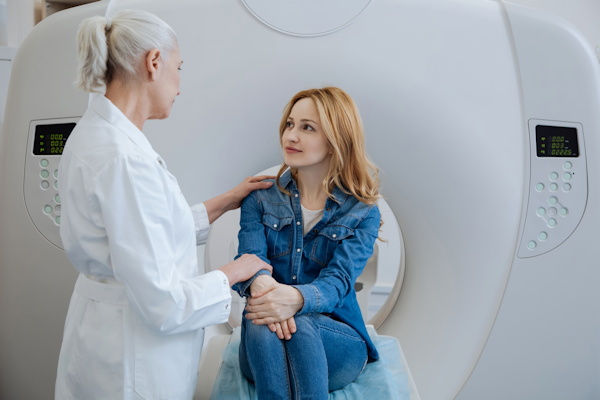 Workflow automation made possible by AI may give technologists more time to spend with patients.

Indeed, in a survey conducted in mid-2019 by the American Society of Radiologic Technologists (ASRT), some 24% of RT respondents said they believed that AI and machine learning could reduce their role, and just over 31% thought the technology could reduce the role of the profession in general.

But on the positive side, just over 46% stated that they did not believe that AI would change technologist staffing levels in the future. What's more, the ASRT in a white paper based on the survey noted that radiologic technologist staff levels have stabilized, and are not likely to decline given the aging population.

The ASRT further noted that the experience in other industries indicates that the application of AI-based automation, while it can cause initial disruption in a workforce, typically affects relatively few employees and does not result in wage disruption.

"AI and machine learning focus on specific tasks," the ASRT white paper noted. "There is no current or foreseen technologist robot with the broad role of replacing trained and registered people to perform patient care, medical imaging examinations, or radiation therapy treatments."

Use cases for AI in radiologic technology

What are the specific ways in which AI could be applied by radiologic technologists?

As with other industries in which AI is making an impact, the most common pertain to workflow automation. Tasks such as patient autopositioning and radiation dose optimization are obvious initial use cases.

For instance, instead of a technologist positioning a patient's anatomy within crosshairs for CT scanning, AI can recognize the patient's head and thus save time on patient positioning while also reducing radiation dose and the potential for repeat exams. Also, AI-based technologies can be employed so that the CT couch can move automatically to position the patient's body according to the specific protocol required with the RT verifying and adjusting the position as needed.

Kara Pomroy, a CT supervisor at South Shore Health System in Weymouth, MA, said at her institution, which uses GE Healthcare's Revolution Ascend CT scanner, the machine will set up the patient for the technologist so that the RT can pick the protocol and the machine will put up the scanning parameters correctly from start to finish.

That autopositioning is particularly useful for complicated exams. Scan planning can occupy a large chunk of table time, depending on the exam.

"A cardiac imaging exam can run 45 to 60 minutes depending on the exam being done because you're looking at particular slices that cut through the chambers of the heart in just the right way," Sodickson said. "The cardiac MR exam is notorious for planning and the operator has to get the right orientation of images and that's something AI should be able to help with significantly."

AI already does help with that, at least at South Shore Health System.

"The old way we used to do our cardiac studies was time-consuming," Pomroy said. "There were a lot of clicks involved. There was a lot of back paging, which means that you're stepping out of one screen and going into another in order to find certain tools that you needed. It used to produce fear in a lot of my technologists to do cardiac studies."

Now with AI, South Shore Health system technologists are able to perform five cardiac MRI exams in one day with ease, according to Pomroy.

Eliminating mundane tasks gives technologists more time to spend with patients. Indeed, being that "human face" in the scan room is what Pomroy appreciates the most about AI; it allows the technologists at her institution to have more patient care time and engage with them in a friendly way.

"I don't want them [patients] to ever feel like a number," and because of certain AI tools, they don't. In addition, AI allows RTs to multitask in a way that's better for the patient because the machine is doing what it's programmed to do and the RT knows "they could step away and go in and talk to their patient," she added.

AI also has the potential to help technologists triage suspicious exams for radiologist review. Bonnie Rich, the lead ultrasound technologist at North Country Hospital in Newport, VT, is a regular user of Koios Medical's Koios DS, an AI-based software platform used to analyze breast images for signs of cancer. It's available through all major PACS and on GE Healthcare's Logiq E10 ultrasound machines. North Country Hospital is a small, 20-bed hospital with one radiologist that conducts extensive outpatient care -- upward of 95% of the hospital's business, according to Rich.

Rich and colleagues use the AI tool on abnormal-looking breast masses to help evaluate whether they're benign, suspicious, or malignant. After running the scan and receiving the diagnosis, Rich shares the findings with North Country Hospital's sole radiologist, who has the final say on the diagnosis.

"I had a breast ultrasound patient come in for a follow-up," Rich said. "We'd been following her stable breast mass for 1.5 years, but we didn't have Koios the last time she came in. When I ran Koios on her, her mass came up as benign and our radiologist said, 'We're done. She doesn't need to come back again.' With Koios, we can eliminate multiple ultrasounds that take up valuable space. It helps the techs and it helps the patient because we're not doing multiple scans."

"What's going to be really interesting for technologists is to see what role they can play with these new types of imaging," he said. "There's always imaging efficiency with the current workflow and current pressures of efficiencies, but what I'm really interested to see is how technologists -- who have always been the human face of imaging -- how they're going to morph as the practice of imaging changes." 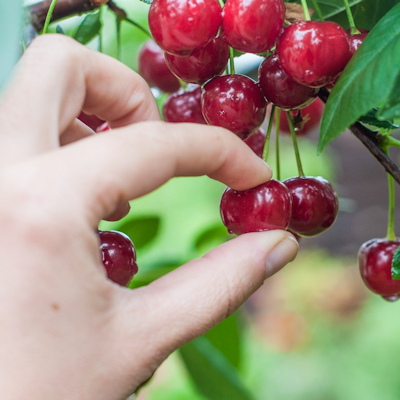 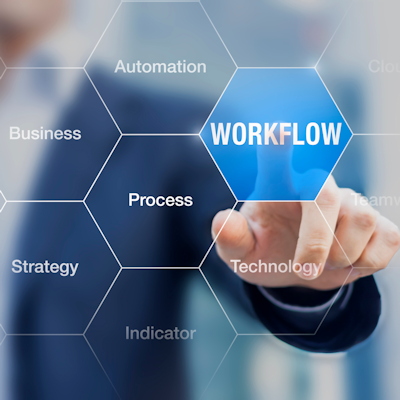