March 10, 2017 -- In a stunning development, a European Union regulatory body on March 10 recommended that four gadolinium-based contrast agents (GBCAs) for MRI scans be pulled off the market due to concerns about gadolinium remaining in the body years after scans occur. The agents affected include some of the most widely used contrast products in medical imaging.

The recommendation was issued by the Pharmacovigilance Risk Assessment Committee (PRAC) of the European Medicines Agency (EMA), the primary body in the European Union responsible for regulating pharmaceuticals. The committee met this week to review gadolinium safety in response to a request made by the European Commission last year.

"The PRAC's review of gadolinium agents found convincing evidence of accumulation of gadolinium in the brain from studies directly measuring gadolinium in brain tissues and areas of increased signal intensity seen on MRI scan images many months after the last injection of a gadolinium contrast agent," the committee wrote in a press release on the ruling.

This week's action comes several years after the first reports began surfacing of traces of gadolinium remaining in the brains of patients who had received MRI scans -- years after the studies took place. One of the first studies, by Kanda et al in 2013, found higher signal intensity in the brains of patients who received gadolinium contrast; Kanda confirmed the results with a follow-up study in 2015, and the findings were replicated by McDonald et al that same year.

The studies prompted the U.S. Food and Drug Administration (FDA) in 2015 to begin a review of gadolinium contrast to investigate the findings and determine if there is a safety risk to patients. Other researchers begin diving into the issue to figure out whether certain types of gadolinium-based contrast were more prone to deposition than others.

So far, the studies seem to indicate that a particular form of gadolinium contrast, known as linear agents, is more susceptible to deposition than a second class of products, called macrocyclic agents. The difference between the two has to do with how the ion of gadolinium, which in its free state is a heavy metal toxic to humans, is bound to a ligand to create the contrast agent.

In theory, the bonds between the gadolinium and ligand are strong and enable the contrast agent to be expelled from the body after the MRI scan, with no residue left behind. However, experts have theorized that with linear gadolinium agents, the connection somehow becomes broken, a process called dechelation, allowing gadolinium to remain in patients.

Indeed, the four agents covered by the PRAC's ruling this week are all linear gadolinium agents:

The PRAC noted that no clinical diseases or even symptoms have been reported in connection with gadolinium deposition. But the committee said it decided to take a "precautionary approach," noting the paucity of data as well as gadolinium's past history of association with nephrogenic systemic fibrosis (NSF) in patients with kidney impairment.

For the four agents covered by the suspension, the PRAC pointed out that the suspensions can be lifted if companies provide evidence of new benefits that outweigh the agents' risks, or if they show that their products do not release gadolinium significantly or lead to retention in tissues.

The PRAC made exceptions to its recommendation for two linear gadolinium agents:

The committee went on to recommend that macrocyclic MRI agents be used at the lowest doses possible to enhance images adequately, and only when unenhanced body scans are not available. The recommendations will be sent on to the EMA's Committee for Medicinal Products for Human Use (CHMP) for its opinion.

Reactions to the news have been swift, among both contrast vendors and MRI contrast researchers.

GE released a statement that the company is "disappointed by this recommendation" and will request a re-examination of the decision based on Omniscan's "strong safety profile and clinical utility."

While both linear and macrocyclic GBCAs may result in trace amounts of gadolinium in the brain, there is no clinical evidence that this leads to an increase in risk or harm for patients, GE added. The company cited a recent meta-analysis presented to the PRAC that found the safety profile of Omniscan to be favorable compared with other agents in its class, including macrocyclic agents.

"Making only macrocyclic agents available on the market would mean that physicians have no option for an approved method of providing this critical cardiac diagnostic information to patients in certain regions," GE said.

On the other hand, Dr. Alexander Radbruch, radiologist at the German Cancer Research Center and the University of Heidelberg Medical Center, supports the PRAC decision. For the past several years, Radbruch has been one of Europe's leading researchers on the potential lingering effects of GBCAs. In an email to AuntMinnie.com, he expressed his complete support for the PRAC's decision, adding that the committee has "adequately assessed all scientific facts and drawn the correct conclusions."

In a November 2016 study, Radbruch and colleagues reported that switching from a linear GBCA to a macrocyclic GBCA reduced the level of residual signal intensity in the brains of patients who underwent multiple enhanced MRI scans with both types of agents.

"Summarizing the available literature, there is overwhelming evidence that the gadolinium deposition is primarily caused by the linear agents," Radbruch wrote. "Even though no clinical symptoms have been proven, there is a theoretical risk of gadolinium in the tissue."

Therefore, the PRAC has to weigh the risks and benefits regarding whether to allow the injection of linear agents based on potential side effects, the diagnostic efficacy of a GBCA, and the potential gadolinium deposition risk, he added.

"In my opinion, it is important at this time to strengthen the confidence of the patients and the radiological community in the general method of gadolinium-enhanced contrast imaging," Radbruch said. "I think it is more than fair to say that the macrocyclic GBCAs have been falsely included in the gadolinium deposition debate. I would recommend radiologists worldwide to follow the PRAC, move on, and finally end this debate for the good of our patients."

Given the debate over potential lingering effects of gadolinium retention, Tobias Gilk, senior vice president of Radiology-Planning, founder of Gilk Radiology Consulting, and an MRI safety advocate, said it's "a perfectly reasonable expectation of the regulatory bodies to say to the manufacturers, 'We need more information from you. Now that we know that there is this bioretention issue or concern, we need you, the manufacturers, to demonstrate to us that this is not a meaningful health concern.' "

How will the PRAC announcement affect the FDA's investigation, which is still ongoing? The agency may not take the same approach, Gilk believes.

"They typically don't feel as though other regulatory bodies' actions compel them to act, but gadolinium retention issues have been a hot topic at the FDA as well," Gilk said. "I would be surprised if the FDA took a parallel course and sought to essentially remove marketing approval for those for agents."

In the meantime, Gilk pondered how the market forces and decisions by radiologists and imaging centers might play into the debate over linear GBCAs.

"I think as patients and as referring physicians become more aware of and more concerned about the potential for bioretention and, to the best of my knowledge, open unanswered questions about toxic effects of retained gadolinium, the market forces are pushing radiologists and imaging practices and hospitals toward what this European document is recommending," he said. 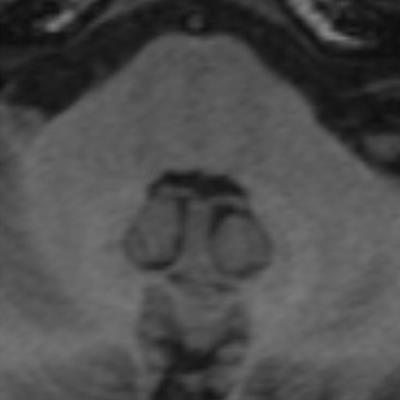 To be or not to be alarmed over gadolinium contrast? That is the question
The medical imaging community should be neither alarmed nor develop a gadolinium phobia while waiting for guidance from regulators over controversial... 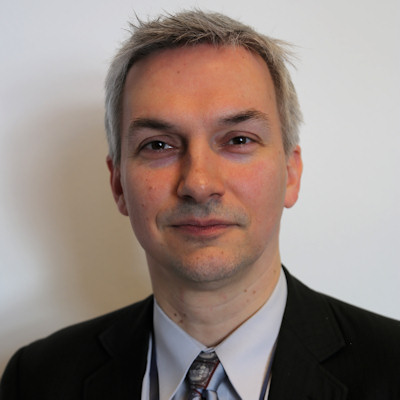 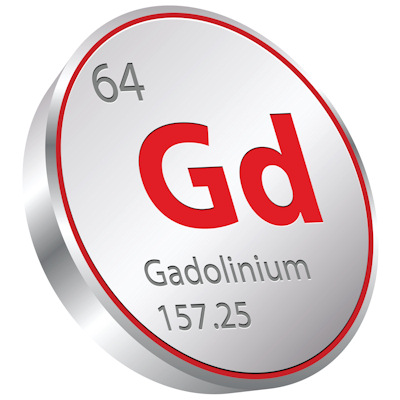 Group calls for global research effort into gadolinium
Two European researchers are forging ahead with their proposal to collect clinical experiences and outcomes with gadolinium-based contrast agents (GBCAs)... 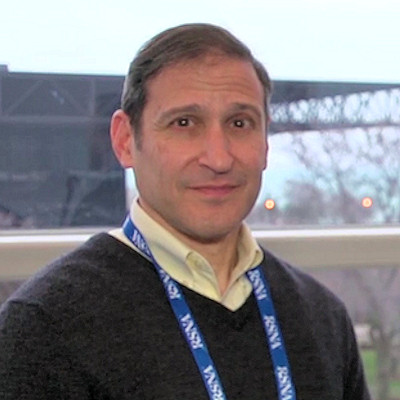 Video from RSNA 2016: Safety issues with gadolinium MRI contrast
CHICAGO - MRI safety has never been a hotter topic, particularly with respect to gadolinium contrast retention in the brain. Dr. Emanuel Kanal of the...
Copyright © 2017 AuntMinnie.com

Forum Comments
5 comments so far ...
3/13/2017 6:44:57 AM
Greg Brown ADL
It's important to note some errors on the reporting. A European regulatory body has not called for 4 agents to be remembered bed from sale. The regulators pharmacovigilance unit has lodged its report and reccomendation that action but there is a way to go yet.
Also the choice of an MRI site planning architect energetic in MR safety issues but totally unqualified in the chemicalvsnd practice issues of the story was a poor choice to represent a US. Reaction
3/13/2017 7:02:20 AM
NYPhD
Is there a link with more detailed info?

3/13/2017 7:19:43 AM
fw
Dont know how your layout looks like, but on my browser there is a tiny link right about where it says 'Author' to get to the article on the main site. It looks like few people know that their comments on articles launch new threads in the forum section.

3/14/2017 1:16:45 PM
doctorDJ
Just a quick Google search of Tobias Gilk shows he is Chair of the American Board of Magnetic Resonance Safety (ABMRS) which provides independent credentialling for MRI sites in the US. I think he knows more about MRI safety than most.

Just a quick Google search of Tobias Gilk shows he is Chair of the American Board of Magnetic Resonance Safety (ABMRS) which provides independent credentialling for MRI sites in the US. I think he knows more about MRI safety than most.


The safety of linear chelating agents is a pharmaceutical question, not so much one of MRI safety. Considering the difference in rate of Gd release between the different agents, it is a valid question whether those agents should be phased out.