December 7, 2015 -- CHICAGO - Automated coronary artery calcium (CAC) scoring is robust and accurate when applied to lung cancer screening exams -- even when applied to a different population than the algorithm was designed for, according to results presented on Thursday at the 2015 RSNA meeting.

Researchers from the Netherlands and Canada used an automated CAC scoring algorithm developed for the Nederlands-Leuvens Longkanker Screenings Onderzoek (NELSON) lung cancer screening trial on participants of the Pan-Canadian Early Detection of Lung Cancer Study (PanCan) study. Even when applied to ungated lung cancer screening exams in a different population with data from a variety of scanners, the algorithm accurately predicted coronary events in Canadian screening subjects, the investigators found. 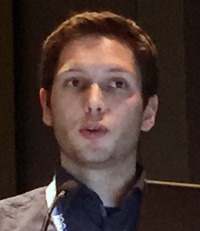 The researchers aimed to apply the automated calcium scoring technique used in the NELSON trial to PanCan without modifying or retraining the original algorithm, he said. The NELSON trial acquired all of its images on 16-detector scanners from Philips Healthcare, while the PanCan study used 16- and 64-detector-row scanners from Toshiba Medical Systems, Philips, GE Healthcare, and Siemens Healthcare.

Smoking is a major factor for cardiovascular disease and lung cancer, Lessmann said. In fact, about 26% of all heavy smokers die from cardiovascular disease versus 25% who succumb to lung cancer, according to a 2013 analysis by Mets and colleagues. When Lessmann's team analyzed results of the National Lung Cancer screening trial in 2014, they found a similar coronary artery calcium burden, he said. Similarly during the NELSON trial, 7% of participants suffered a cardiovascular event.

But calcium scoring faces several challenges in lung cancer screening, including motion artifacts from the ungated scans and a low signal-to-noise ratio owing to the low-dose scans. The study reconstruction was optimized for low-dose CT, Lessmann said.

The algorithm works by extracting candidates from the scan using the standard threshold of 130 Hounsfield units, with a minimum volume threshold of 1.5 mm3 r to help ascertain that it's calcium being detected, Lessmann said. It then searches for features such as volume, location, and texture. Next, the classifier learns from some manually annotated samples, classifying candidate lesions according to risk.

PanCan CT scans were acquired on 16- or 64-detector scanners from all four major manufacturers at 120 kV and 40-50 mAs with 1.0- or 1.5-mm slice thickness. Detection parameters for the algorithm were optimized by using the softest reconstruction if more than one was available, but there was no retraining of the classifiers and scoring was completely automatic, Lessmann said.

Results in 149 scans showed results similar to the NELSON trial; the median calcium burden was 52.3 mm, 2% of scans were scorable, and risk category agreement with manual scoring was 83.6% versus 85.9% in NELSON's 1,793 analyzed scans.

The linearly weighted kappa value was 0.83 versus 0.87 for NELSON -- representing very close concordance with the original study, Lessmann said. Detected intraclass coefficient calcium volume was 0.8 mm3 for PanCan versus 0.88 for Nelson.

Similarly, risk category agreement with manual scoring was almost identical to the results of the NELSON study, he said.

Applying the automated calcium scoring algorithm to a different population and study with very similar results shows that "automatic coronary calcium scoring is possible in lung cancer screening with good agreement and reliability," he concluded.

Motion artifact remains an issue in some datasets, and blurring tends to reduce the Agatston score, Lessmann acknowledged in response to a question from the audience. But the algorithm is trained to recognize the blurry images as calcifications. Additional prospective research is planned, he said. 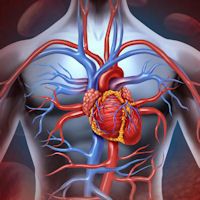