The more mammo priors, the lower the recall rate

December 4, 2015 -- CHICAGO - Comparing screening mammography exams with two or more prior exams reduces by 14% the odds that a woman will be recalled, versus comparing the current exam to a single prior study, according to a study presented at the RSNA meeting. 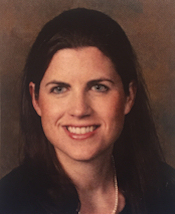 Dr. Jessica Hayward, University of California, San Francisco.
This finding may seem obvious, but it can be harder than one would think to compare mammography exams to more than one prior, said lead author Dr. Jessica Hayward of the University of California, San Francisco (UCSF). Many view stations don't automatically present two priors, and some institutions aren't willing to digitize more than one analog exam, she said.

"It has already been well-established in the literature that having at least one prior comparison mammogram decreases the recall rate, but we wanted to prove that there was further benefit to comparing to even more mammograms," she told AuntMinnie.com. "It's beneficial for radiologists and institutions to take the extra time to compare mammography exams to more than one prior and to allow radiologists access to more than one when available."

The more the better

Hayward and colleagues conducted a retrospective search of UCSF's mammography database for screening mammograms performed between June 2010 and March 2015, which yielded a dataset of more than 46,300 screening mammograms in about 22,700 women. The group gathered information on the women's age, dates of the mammograms identified as comparisons in the clinical report, and recall recommendations.

Hayward's team found that the recall rate for screening mammography decreased dramatically the more priors were available for comparison.

After adjusting for patient age, the odds ratio of recall for the multiple-prior group relative to the single-prior group was 0.864, Hayward said. This was a statistically significant 14% decrease in the recall rate between the two groups.

Women with multiple priors were an average of six years older than those with a single previous exam. But because Hayward and colleagues controlled for age, the results suggest that the number of priors is an independent predictor of screening recall rate, Hayward said.

Finally, when women had two or more priors, the positive predictive rate of the mammogram almost doubled and the cancer detection rate increased by 2.3 per 1,000 exams, the researchers found.

"We still have patients coming in for their first digital mammography exam, and their priors are on film," she said. "Our administration will only cover the cost of digitizing one prior per year. We need to get this research published to show that it's important to have more than one prior available."

In any case, if multiple priors are available, comparing the current screening exam to them is a more effective strategy for reducing the recall rate than comparing with a single prior, Hayward concluded. And this can only benefit women.

"With lower recall rates, women will have less anxiety," she said. "We hope our findings will influence radiologists to compare to more than one prior mammogram, if possible." 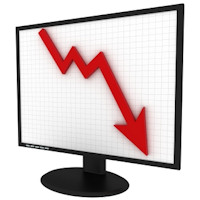 DBT cuts recall rate in women with no prior mammograms
Digital breast tomosynthesis (DBT) cuts the number of recalls in a subset of women vulnerable to higher recall rates: those who have never had a prior...
Does access to FFDM priors affect DBT interpretation?
Does having access to full-field digital mammography (FFDM) priors improve radiologists' interpretation of digital breast tomosynthesis (DBT) images?...
MammoCoach aims to beef up radiologists' mammography skills
How can radiologists who don't read a lot of mammograms get the practice they need? A new company wants to help: MammoCoach offers an online teaching...
Baseline mammogram callback rates too high, study finds
CHICAGO - Recall rates for baseline screening mammograms are too high and could affect women's future compliance with screening, according to research...
Digitized priors cut FFDM interpretation time
Full-field digital mammography (FFDM) interpretation time is improved by about a third when digitized priors are used, according to a new study published...
Copyright © 2015 AuntMinnie.com