October 10, 2013 -- To lower the risk of incorrectly diagnosing a pregnancy as nonviable, more-stringent criteria for ultrasound scans should be used to determine if a first-trimester pregnancy cannot result in a live-born baby, advised a multispecialty panel in an article published October 10 in the New England Journal of Medicine.

Convened by the Society of Radiologists in Ultrasound (SRU), the 15-member panel included representatives from radiology, obstetrics/gynecology, and emergency medicine. It recommended a number of changes, including new standards for nonviability based on the size of an embryo without a heartbeat and the size of a gestational sac without an embryo.

Until recently, a pregnancy was diagnosed as nonviable if ultrasound showed an embryo measuring at least 5 mm without a heartbeat; however, the new standards ask clinicians to wait until the embryo is at least 7 mm before ruling on viability. Furthermore, the standard for nonviability based on the size of a gestational sac without an embryo should be increased from 16 mm to 25 mm, according to the team led by Dr. Peter Doubilet, PhD, of Brigham and Women's Hospital and Harvard Medical School (NEJM, October 10, 2013, Vol. 369:15, pp. 1443-1451).

In addition, the authors emphasized that the commonly used "discrimination level" of the pregnancy blood test is not reliable for excluding a viable pregnancy. They also cautioned physicians against taking any action that could damage an intrauterine pregnancy based on a single blood test, if the ultrasound findings are inconclusive and the woman is in stable condition.

"The guidelines presented here, if promulgated widely to practitioners in the various specialties involved in the diagnosis and management of problems in early pregnancy, would improve patient care and reduce the risk of inadvertent harm to potentially normal pregnancies," the authors wrote.

Research over the past two to three years has shown that previously accepted criteria for ruling out a viable pregnancy are not stringent enough to avoid false-positive results, but it has been difficult both to disseminate this information to practitioners and to implement standardized protocols.

The challenge is that physicians from multiple specialties -- including radiology, obstetrics and gynecology, emergency medicine, and family medicine -- are involved in the diagnosis and management of early-pregnancy complications, according to the authors.

"As a result, there is a patchwork of conflicting, often outdated published recommendations and guidelines from professional societies," they wrote.

To address the problem, SRU in October 2012 organized the Multispecialty Consensus Conference on Early First Trimester Diagnosis of Miscarriage and Exclusion of a Viable Intrauterine Pregnancy. At the conference, researchers reviewed the diagnosis of nonviability in early intrauterine pregnancy of uncertain viability and, separately, in early pregnancy of unknown location. They focused mainly on the initial or only ultrasound study performed during the pregnancy.

The conference participants developed the following guidelines for transvaginal ultrasound diagnosis of pregnancy failure in a woman with an intrauterine pregnancy of uncertain viability.

Findings suspicious for but not diagnostic of pregnancy failure:

The panel also determined diagnostic and management guidelines related to the possibility of a viable intrauterine pregnancy in a woman with a pregnancy of unknown location.

For the finding of no intrauterine fluid collection and normal (or near-normal) adnexa on ultrasonography, the authors provided the following key points:

Panel member Dr. Kurt Barnhart, an ob/gyn at Perelman School of Medicine at the University of Pennsylvania, said in a statement that the guidelines represent a consensus that will balance the use of ultrasound and the time needed to ensure that an early pregnancy is not falsely diagnosed as nonviable.

"There should be no rush to diagnose a miscarriage; more time and more information will improve accuracy and hopefully eliminate misdiagnosis," he said in the statement. 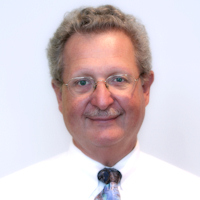 Practice of Ultrasound: Part 11 -- Through the lymphatic bayou
AuntMinnie.com presents the latest in a series of columns on the practice of ultrasound from Dr. Jason Birnholz, one of the pioneers of this...

Practice of Ultrasound: Part 10 -- Trustworthy ultrasound
AuntMinnie.com presents the 10th in a series of columns on the practice of ultrasound from Dr. Jason Birnholz, one of the pioneers of this...

Practice of Ultrasound: Part 8 -- Fetal biometry
AuntMinnie.com presents the eighth in a series of columns on the practice of ultrasound from Dr. Jason Birnholz, one of the pioneers of this modality....
Report ties keepsake ultrasound to fetal gender tests in Canada
An investigative report has caused a stir in Canada after it revealed that keepsake ultrasound clinics are willing to provide the gender of fetuses before...
Toronto Star: Hospitals won't reveal baby's gender on US
Whether it's by coincidence or not, six major hospitals in the Toronto metropolitan area that are in or near areas with high concentrations of South Asian...
Copyright © 2013 AuntMinnie.com