Healthcare technology firm Hyperfine Research has partnered with graphics processing unit (GPU) technology developer Nvidia on a beside, portable, point-of-care MRI system, which is on display at RSNA 2019 in Chicago.

The ultracompact machine stands 3-ft wide and 5-ft tall and is currently awaiting U.S. Food and Drug Administration 510(k) clearance for clinical brain imaging. The system uses ordinary permanent magnets, which require no power or cooling, to produce images. In addition, the machine can operate in an open environment and requires no special shielding. 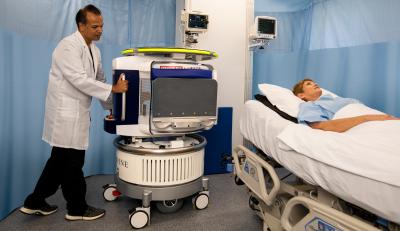 The system uses ultralow magnetic fields and low-power radio waves to image the brain and other body parts. Early clinical results show the Hyperfine system can image brain diseases and brain injuries using scans that take about five to 10 minutes, according to the company.

Nvidia's GPU computing enables clinical MRI with 20 to 40 times less magnetic field than that of current standard-of-care hospital MRI. And the lower magnetic field requires less power; the point-of-care system requires only a standard electrical power outlet for operation. Plus, it doesn't weigh as much as traditional MRI machines -- it sits on a motorized drive and can be wheeled from hospital bed to hospital bed and fit in a standard elevator.

Hyperfine also announced it is collaborating with Penn Medicine on a clinical research study. The partnership will study the device's efficacy in patients with hydrocephalus. Penn Medicine in Philadelphia is among the first medical centers to use the system. In addition to assessing the feasibility of imaging patients with the new device, the Penn Medicine team will evaluate its performance compared with current high-field MRI systems and CT scanners. 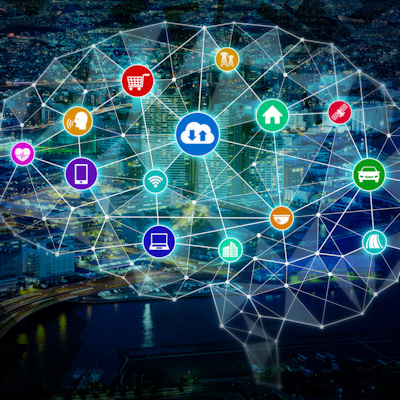 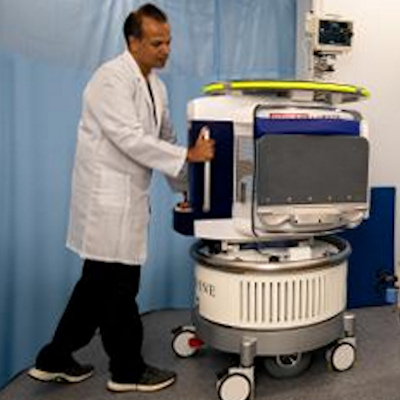 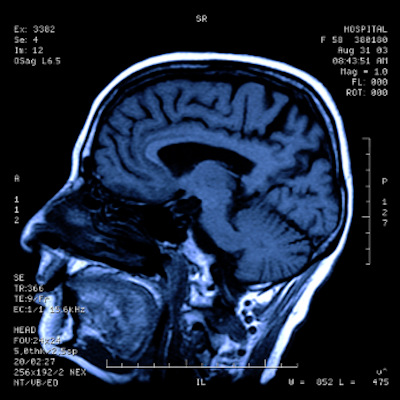 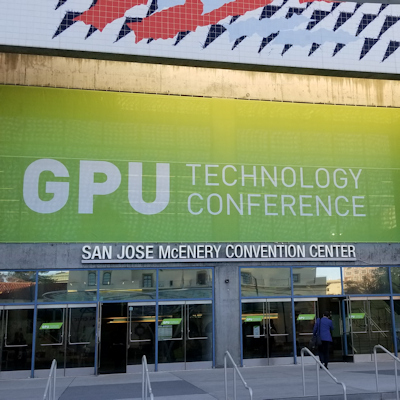