CHICAGO - Having to wait almost two months for a pediatric MRI scan with sedation is no way to run an imaging facility. It's one of the reasons staff at Montefiore Medical Center in New York City launched the SMART program to better serve this young population, according to a Thursday talk at RSNA 2018.

At the start of the initiative, the wait time for a pediatric MRI scan with sedation was more than seven weeks. Even though the first MRI scan of the day was scheduled for 8 a.m., the median start time was actually 9:23 a.m., an average delay of 83 minutes. The facility also had a same-day cancellation rate of 23%, 20% of which was due to poor prescreening of pediatric patients to determine if they were suitable for sedation.

"In the spring of 2017, we realized we had a patient access problem," Goldberg-Stein told RSNA attendees. "The aim of our project was to decrease our pediatric sedation MRI first-case median start time by 50%. We set a deadline of December 1, 2017."

"The outcomes we looked at were first case on-time start, because the first case of the day sets up the rest of the day for success or failure, and overall patient access to exam appointments," she said.

One of the key targets was to develop a strategy to help patients get to their MRI scans on time.

"We learned quickly from our team meetings that our nursing and sedation teams would not buy into timely arrival and efficiency in the early morning hours if we could not reliably have patients ready at that time," Goldberg-Stein recalled. "There were claims that patients were late, they were lost, and they were not arriving on time for their workup."

In looking at the data, the staff found that patient median arrival time was 8:06 a.m., when the patients were supposed to arrive at 7 a.m.

First, the team created a standard message for patients telling them to arrive one hour before their scheduled scan time. By doing so, the median arrival time for patients improved from 8:06 a.m. to 7:25 a.m.

Second, the staff created a checklist and script for the facility's clerks with details on the patient's arrival time and parking information, as well as an MRI cancellation phone number to call, if necessary. In addition, calls to remind patients of their appointment and to confirm were moved to 48 hours in advance. These steps further improved the median patient arrival time to 7:20 a.m.

Soon thereafter, the hospital allocated funding for a free valet parking program. "We felt this was very important for this patient population," Goldberg-Stein explained. "These are young, sick patients who are coming in early in the morning. It is a serious challenge in the Bronx; it is an infrastructure problem that lives outside of radiology but directly impacts care delivery."

"Once we were able to do that, we got buy-in from the nursing and sedation teams," she said.

The researchers also counted 89 same-day cancellations between March and July 2017. Patients didn't come for their scans for personal reasons or illness, or they simply were no-shows.

A fourth reason was "poor triage," Goldberg-Stein said. Patients with contraindications for sedation, including conditions such as sleep apnea, needed anesthesia rather than sedation.

By having radiology and nursing prescreen patients' charts, the facility was able to reduce the overall same-day cancellation rate from 27% to 10%.

Overall, by November 2017, the staff improved the first-scan-of-the-day start time by 35% for pediatric sedation MRI exams. Delays in patient arrival time also significantly improved to a median of 11 minutes, compared with a median of 71 minutes before the SMART program was introduced.

The staff also achieved its goal of reducing the scheduling delay for pediatric sedation MRI appointments, dropping from 51 days to 12 days.

Finally, the facility is working to reduce the number of unnecessary sedations by having a child-life specialist available for consultation services.

Pediatric patients use app to prep for MRI scan
VIENNA - The prospect of undergoing an MRI scan can trigger anxiety in any patient -- and arguably even more so in a child. To alleviate this and reduce... 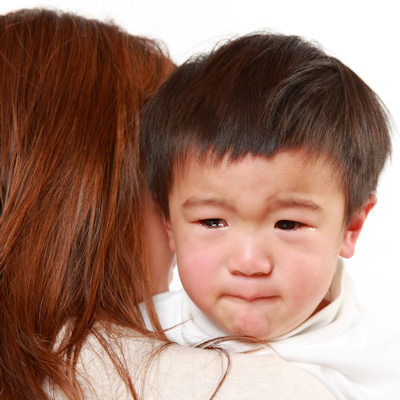 PAWS program achieves sedation-free pediatric MRI scans
MRI can be scary for pediatric patients, but Vanderbilt Children's Hospital in Nashville, TN, has found that a little extra attention can go a long way...

Pediatric patient sedation on the rise at one ACO
A four-year survey of more than 18,000 MRI scans within the Partners for Kids accountable care organization (ACO) showed an increasing need to anesthetize... 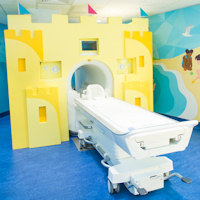 Superheroes help kids triumph over fears of MRI scans
Having to go to the hospital for an MRI scan can be daunting for any patient. But it's even scarier for a young child who may be having an imaging exam...
Copyright © 2018 AuntMinnie.com