September 22, 2016 -- Researchers at the University of North Carolina (UNC) at Chapel Hill and the University of Minnesota (UMN) are about to embark on a groundbreaking four-year journey to track and analyze the highly dynamic evolution of a child's brain between birth and age 5 through regularly scheduled MRI scans.

The Baby Connectome Project (BCP) will detail the crucial period in a youngster's life when brain development and environmental factors can have long-term effects on his or her cognitive development.

"Using MRI ... allows us to characterize brain structural and functional changes in relation to cognitive development," said Weili Lin, PhD, director of the Biomedical Research Imaging Center at UNC and principal investigator for the project. "The understanding of early brain development will have profound implications in many different areas, including biological processes in neurodevelopmental disorders."

The Baby Connectome Project is supported through a $4 million grant from the U.S. National Institutes of Health (NIH). It is one of several programs within the NIH's Human Connectome Project (HCP) to map the neural pathways in the developing, adult, and aging human brain. After its initial five-year phase, the HCP will correlate brain MRI data on some 1,200 healthy adults between the ages of 22 and 34 years. 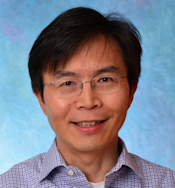 Weili Lin, PhD, from the University of North Carolina.

For the project, UNC and UMN researchers will perform four to six MRI brain scans on 500 normally developing children from newborn to 5 years at selected ages. Of those participants, 175 will come from two other brain MRI studies currently underway and led by fellow BCP researchers.

The UNC research will focus on early brain development in 1 and 2 year olds and is led by Dr. John Gilmore, professor and vice chair for research and scientific affairs in the department of psychiatry. The UMN study will address infant brain and behavioral signatures that could indicate risk of psychopathology and is led by Jed Elison, PhD, an assistant professor in the Institute of Child Development.

The newly funded BCP will build upon the Multivisit Advanced Pediatric (MAP) Brain Imaging Study for Characterizing Structural and Functional Development, led by Lin. The study's goal was to detail the normal trajectory of different brain structures and how brain functions evolve over this critical time period, using a longitudinal imaging design with a short time interval (three months) between two adjacent imaging sessions. Among the discoveries, Lin and colleagues found that the brain undergoes highly spatiotemporal changes during the first year of life.

"In fact, we further refined and demonstrated that it is during the first six months of life when the change is so rapid," added Lin, who is also a professor and vice chair of basic research in the department of radiology.

In addition to the MRI results, the researchers will also obtain parent reports and family demographic information and assess cognitive and behavioral development of the participants. The data-collection effort is designed to paint a more comprehensive picture of how brain connectivity evolves and shapes behavioral development.

"That is a very important aspect of this study, because we hope to apply what we learn to early childhood education, so they can be successful in the future," Lin said.

MRI is, of course, the safest modality of choice for these types of longitudinal studies. There is no ionizing radiation exposure for the young subjects, who will undergo multiple scans over four years.

MRI also provides excellent soft-tissue contrast, functional information, and whole brain coverage from which researchers will glean information on different areas such as the brain's motor cortex, which is responsible for motor development. Regions of higher brain function, such as attention, will also be studied.

"We need to know how these different functional areas develop," Lin said. "MRI allows us to characterize the morphological changes, such as brain volume, as well as functional changes in various brain circuits, such as the motor area, the visual area, and the default mode networks, and how they develop with age during early brain development."

Even though children are naturally fidgety and thus difficult to image with an MRI scanner, Baby Connectome Project researchers will refrain from using sedation to calm the participants. The strategy for those younger than 2 years is to schedule their scans close to their normal nap times.

"Our experience over the past 10 years in working with parents and children for imaging studies taught us that the best time to have participants undergo MRI scans is when the youngsters take their naps in the 1- and 2-year-old age groups," Lin said.

UNC designed its MRI suite to be kid-friendly and to differ from a typical hospital environment. It also has a mock MRI scanner to familiarize children with the device. In addition, staff will keep the children preoccupied by showing them their favorite video or DVD during the approximately 30-minute scan.

By scanning the children at such an early age, the researchers want to see various brain functional networks mature at different periods of time, which should provide insight into how that evolution is important for their development. Ultimately, their goal is to have a solid foundation on which to expand the exploration and knowledge of the differences between typical and atypical brain and behavioral development.

As an example, Lin cited a recent study that suggested autism begins to develop as early as 6 months after birth and prompts a deviation from the baby's normal brain growth trajectory.

"All of this information helps us to understand how different disease processes might occur in a very young population, in the hope that one day we can cater interventional studies tailored to different brain disorders with neurodevelopmental origins," he said.

If you like this content, please share it with a colleague!
Related Reading
Adolescent brain study begins enrollment
Enrollment has begun for the largest long-term U.S. study to track brain development in children, according to the U.S. National Institutes of Health.
MRI provides insight into kids with brain disorders
Canadian researchers reviewing brain MRI scans have found signs that autism and attention deficit hyperactivity disorder begin at a much younger age than... 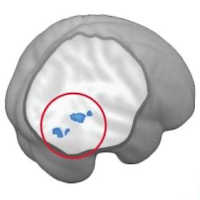 Novel fMRI technique illustrates autism in boys
Researchers at George Washington University in Washington, DC, have developed a functional MRI (fMRI) technique that reveals what could be a valuable...
MRI shows kids may not outgrow ADHD
MRI scans show differences in brain structure and activity in young adults who were diagnosed with attention deficit/hyperactivity disorder (ADHD) in... 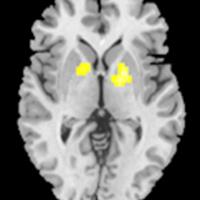