ASBrS: No, we're not overtreating DCIS

April 15, 2016 -- More than 50% of women diagnosed with ductal carcinoma in situ (DCIS) that is inadequately excised will develop a recurrence of the disease or invasive breast cancer within 10 years. This finding indicates that DCIS isn't being overtreated, according to research presented at the American Society of Breast Surgeons (ASBrS) meeting in Dallas.

The study addresses a key question in the mammography screening debate: whether DCIS is being overdiagnosed and overtreated, Dr. Sadia Khan of the University of Southern California said at an ASBrS press conference. Some have suggested that DCIS should simply be tracked with regular mammography, but this approach could be dangerous, she said.

"DCIS mortality rates tend to be low, but recurrences may lead to more advanced breast disease and therefore more aggressive treatment later," Khan said. "Given our results, a 'watch-and-wait' strategy would be harmful for many women."

Khan and colleagues included 1,919 pure DCIS cases, 720 of which were treated with tumor excision alone. Patients were classified into two groups based on the margin of disease-free tissue surrounding the excised tumor.

Women with margins smaller than 1 mm were advised to have a repeat surgical procedure; of these, 124 refused the additional surgery and were considered undertreated DCIS patients for the purpose of the study. The remaining women, 596, had cancer-free margins of at least 1 mm and were considered adequately treated.

The researchers also categorized women by severity of disease: grades I and II (low) or III (high).

Women with low-grade or high-grade DCIS and inadequate disease-free excision margins had a higher probability of recurrence at five and 10 years postdiagnosis than women who had adequate excision margins, Khan and colleagues found.

"These recurrence rates even for excision alone are too high, regardless of grade -- and the rates for women with inadequate excision are worse," Khan said. "It's unacceptable. We need to continue with the DCIS treatment standard we have now, which is surgery that results in disease-free margins of 1 mm or more."

The study results are important because many highly publicized DCIS studies have examined survival rates and not recurrence. But recurrence -- especially of invasive disease -- leads to more radical treatment than DCIS, which can have a significant negative effect on a woman's life.

"Treatment for invasive breast cancer recurrence might include lymph node dissection, extensive radiation, or mastectomy, which could significantly lower a woman's quality of life going forward," Khan said in a statement released by ASBrS. "Preventing women from living with the aftermath of a subsequent treatment for invasive cancer is as important a goal as saving a life."

5 ways imaging can reduce breast cancer overdiagnosis
Overdiagnosis has emerged as a major flash point in the debate over breast screening. But breast imagers can defuse the overdiagnosis argument with five... 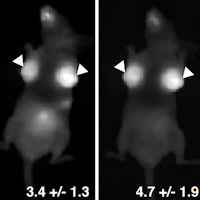 Could a pill improve breast cancer diagnosis?
What if you could make it easier to find breast cancer in your patients, just by having them take a pill? That's the tantalizing idea behind an animal... 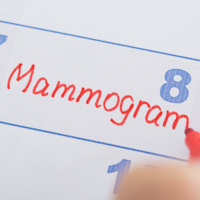 New study to tackle personalized breast screening
At what age should women begin breast cancer screening? How often should they have it? And what modality works best, when factors such as density and... 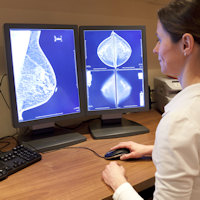 Mammo false-positive rate highest in younger women
False-positive mammography rates are highest among women younger than 50, which is important for women to understand as they make decisions about when...