August 7, 2015 -- A positron emission mammography (PEM) unit developed in Spain offers key advantages for breast imaging, according to a Mayo Clinic team that has been testing it. The unit offers better resolution than whole-body PET, and it may prove more useful than molecular breast imaging using technetium-99m sestamibi.

The researchers, led by Dr. Michael O'Connor of the Mayo Clinic in Rochester, MN, have been evaluating the Mammi PEM system since December 2014. They presented study results from 11 patients at the recent American Association of Physicists in Medicine (AAPM) annual meeting in Anaheim, CA.

The Mammi unit is able to image a variety of PET radiotracers and its basic performance is good, according to Dr. Zaiyang Long, a physicist in residence and member of the Mayo team, who presented the research. At the same time, the device could use some modifications to make it better suited for a U.S. patient population.

Mammi is a dedicated PEM system for breast imaging that is manufactured by OncoVision, a Spanish technology start-up created in 2003 by the University of Valencia and the Corpuscular Physics Institute (CSIC). The company's focus is on molecular imaging for cancer diagnosis and treatment and advanced research in neurology, oncology, and cardiology. 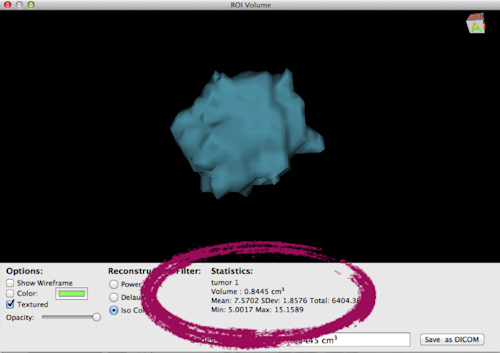 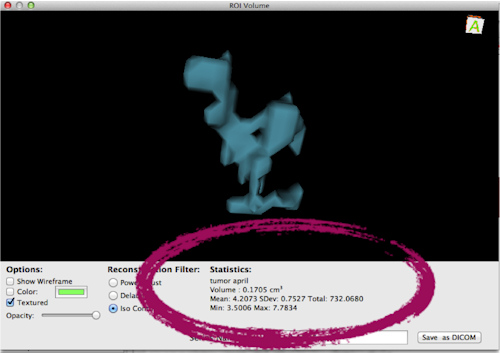 Although whole-body PET has proved to be valuable at multiple stages in breast cancer assessment, investigators have reported a reduced ability of whole-body PET to detect small, well-differentiated in situ breast carcinomas smaller than 1 cm, according to the company.

This is where dedicated PET could play a role. While whole-body PET can detect distant metastases and assess the axilla, PEM offers "unprecedented" resolution, specificity, and convenience for diagnosing, characterizing, and following up both invasive and in situ ductal or lobular carcinomas, according to the firm.

The Mammi system uses a table-based design, with patients lying face down and the breast extending through a hole in the table. The system employs two detector rings with lutetium-yttrium oxyorthosilicate (LYSO) scintillation crystals that provide a transaxial field-of-view of 170 mm.

But the two key Mammi specifications are spatial resolution and radiation dose, according to O'Connor. The system's spatial resolution is in the range of 1.6 mm, compared with 5 mm to 6 mm for whole-body PET; this gives Mammi the ability to resolve very small lesions, he said.

With respect to radiation dose, the unit requires only 2.5 mCi to 4 mCi of radiopharmaceutical, compared with 10 mCi to 15 mCi for a whole-body PET unit. This results in a much lower radiation dose, comparable to that of molecular breast imaging (MBI), O'Connor said.

For the study that Long presented at AAPM 2015, Mammi's uniformity, sensitivity, energy, and spatial resolution were measured in accordance with National Electrical Manufacturers Association (NEMA) standards. Count rate performance was investigated using an F-18-based radiopharmaceutical, and a PET phantom was imaged for 20 minutes to evaluate image quality, recovery coefficients, and partial-volume effects.

Eleven patients who had previously undergone whole-body PET were imaged at five to 10 minutes per breast. Image quality was assessed with and without scatter and attenuation correction, and using different correction algorithms.

"The Mammi PET system allows for the use of various tracers, which we found very useful -- such as F-18 estradiol to see estrogen receptors" or F-18 fluoromisonidazole (FMISO), Long summarized in Anaheim.

"The basic physics performance of the system is good. Visualization of cold lesions shows room for improvement, and the table design is more optimized for European patient sizes and weights," she said. "Further work is needed to determine the optimal reconstruction parameters for qualitative and quantitative applications."

O'Connor told AuntMinnie.com that another advantage of the Mammi system is that it scans patients with the breast in the pendulant position, similar to what's used in breast MRI. That means it's easy to compare PEM images with breast MRI, a feature that wasn't possible with older PEM systems that scanned patients standing upright and using breast compression.

O'Connor's group is best known for its research into MBI, which uses technetium-based radiopharmaceuticals. He sees the Mammi system as being complementary to MBI, which could have more of a screening role while PEM is used for disease assessment and monitoring the effectiveness of neoadjuvant chemotherapy. Another advantage of PEM is the ability to scan with multiple types of radioisotopes.

And the system's higher resolution is definitely an advantage over whole-body PET, he added.

"We had two patients where you can't see tumor on PET/CT, but you can see it on PEM, due to the difference in resolving power," O'Connor said.

So far, the Mayo group has scanned a total of 20 patients, with early studies focusing on the best data-reconstruction algorithms. The group's next study will include 150 patients who have BI-RADS 5 or 6 lesions. They are also looking at the technology as an adjunct to breast MRI.

The Mammi system has been available worldwide for the past three years, and U.S. sales began in the middle of 2014, according to Greg Mannix, OncoVision's vice president of sales for the U.S. and Latin America.

In addition to the Mayo Clinic system, OncoVision has another Mammi unit going into the University of California, San Francisco in the next several months.

If you like this content, please share it with a colleague!
Related Reading
Carestream inks deal with OncoVision
Carestream Molecular Imaging has signed an exclusive, multiyear, worldwide agreement with OncoVision to sell, market, and service Carestream's Albira...
Copyright © 2015 AuntMinnie.com