Radiologists spend only a third of their time reading images

October 9, 2013 -- Radiologists spend only 36.4% of their time on image interpretation -- which means they spend the bulk of their workday helping referring physicians and patients by performing tasks beyond reading exams, according to a study published in this month's Journal of the American College of Radiology.

The findings show that radiologists' reputation for working all day alone in reading rooms needs to be revised, concluded researchers from the University of British Columbia in Vancouver, Canada.

"It is a generally perceived notion that radiologists spend most of their working day in a dark room interpreting images," wrote lead author Dr. Deljit Dhanoa and colleagues. "Although this may have been an accurate perception in the past, the role of the modern radiologist has evolved to provide more than image-interpretation service."

As part of an effort called the Vancouver Workload Utilization Evaluation (VALUE), Dhanoa's team employed a trained observer to follow 14 staff radiologists in three different hospitals in the fall of 2012. The observer recorded their activities throughout the workday. One of the hospitals was a tertiary care academic institution and the other two were community-based facilities in the greater Vancouver area (JACR, October 2013, Vol. 10:10, pp. 764-769).

Only diagnostic radiologists were observed because including interventional radiologists would have skewed the results toward a higher percentage of noninterpretive work, according to the researchers. Total observation time of the study was approximately 154 hours across 20 working days in October and November of 2012; studied shifts started at 8 a.m. and ended between 4 p.m. and 5 p.m., the group wrote.

The researchers found that radiologists spent 36.4% of their time on image interpretation and 43.8% on other activities, including supervising and monitoring studies, performing image-guided procedures, teaching house staff, attending meetings, consulting with physicians, and directly caring for patients. They spent 12.7% of their time developing protocols for study requests, while personal time accounted for 7.1% of their workday. Total productivity -- the time radiologists spend performing clinical duties -- was 87.7%.

But that clinical productivity wasn't easy to come by, Dhanoa's group found. Radiologists experienced, on average, six interruptions per hour with other health personnel. In fact, the most frequent rate of interruptions was 12 per hour.

"The frequency of interruptions in our study suggests that a radiologist's work is highly fragmented," the authors wrote.

Radiologists are increasingly urging their peers to interact in the whole healthcare continuum, rather than remain in the reading room. The current study's findings demonstrate that this is already happening.

If you like this content, please share it with a colleague!
Related Reading
ASTRO: Cross-coverage boosts workload, stresses docs
Radiation oncologists who encounter an unfamiliar case when covering for another physician experience higher levels of perceived workload that may affect... 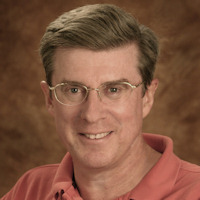 Patient factors, not doctors, affect emergency imaging
Little of the geographic variations in emergency department imaging use can be attributed to physician characteristics such as experience, training, or...
Drowning in paperwork? Residency program directors sound off
Swimming in a sea of paperwork, the demands on radiology residency program administrators are rising steadily, and may be reaching levels that make some...
Are radiologists entrepreneurial? Not so much
For years, radiology has been among the higher-earning physician specialties, and radiologists have often been thought of as entrepreneurial. But how...
Pitt. radiologists take back the night -- and reap the rewards
In 2007, University of Pittsburgh radiologists decided that using residents for overnight coverage of emergency department CT scans was a medical anachronism....
Copyright © 2013 AuntMinnie.com

It shows that radiologists do a lot more than looking at images.  They are directly involved in patient care.

This is information that we need to disseminate to the public.

Why isn't the ACR / ABR presenting more studies like these?