In a year of pandemic, MRI perseveres

November 11, 2020 -- This year, all of medical imaging -- in fact, all of healthcare -- was confronted with a new virus that swept around the world, inducing symptoms that ranged from respiratory complications to neurological problems to pulmonary effects.

The SARS-CoV-2 virus and the disease it causes, COVID-19, have changed not only patient care and how healthcare professionals work but also how medical imaging contributes to diagnosis and management. Throughout the crisis, COVID-19 MRI has been a powerful tool for physicians on the front lines.

At the upcoming virtual RSNA 2020 meeting, researchers will likely share findings from a number of studies that explore MRI's efficacy as a tool for coping with COVID-19, particularly its neurological manifestations. And the modality isn't just a good weapon in the COVID-19 arsenal: It has a wide range of applications, from prostate and breast cancer diagnosis and imaging to identifying bipolar disease and tracking Alzheimer's.

In the early phases of the COVID-19 pandemic, CT won most of the attention due to its widespread utility in thoracic imaging and in visualizing the lung damage that patients experience. But as the outbreak wore on, researchers began to discover that COVID-19 also had manifestations in the brain -- an area where MRI excels.

Researchers have found MRI to be useful for imaging the disease's neurological effects, which at the height of the pandemic researchers found can manifest as "cytokine storm syndrome" -- a condition in which the body's immune system prompts a flood of immune cells that can actually damage organs. 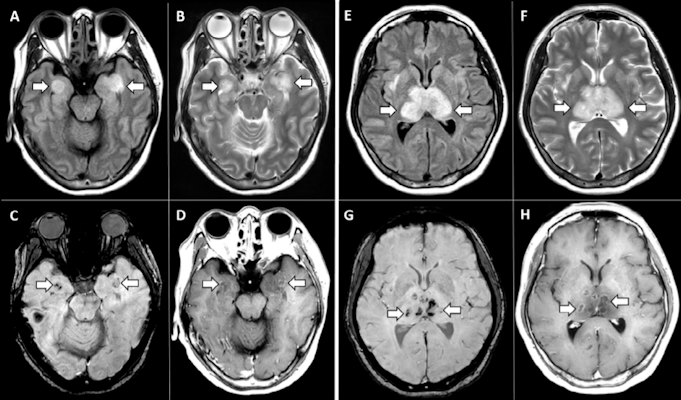 During the crisis, MRI has contributed useful data to the clinical knowledge base, demonstrating, for example, that COVID-19 patients with severe disease are at higher risk of encephalopathy, that 15% of competitive athletes who have recovered from the illness will show myocarditis on follow-up MRI, and that COVID-19's neurological manifestations vary depending on disease severity.

But despite its utility for identifying and tracking COVID-19, this year MRI was impacted by the pandemic on a professional level. Just before the pandemic hit, the MR market appeared to be moving into a new growth phase: In January, IMV Medical Information Division, a sister company of AuntMinnie.com, reported that 42 million MRI exams were performed in 2019, up 8% from 39 million the year before.

Then everything changed. By April, a second analysis conducted by the group found that more than 90% of U.S. imaging centers had experienced a decline in procedures not necessarily related to COVID-19 but prompted by efforts to curb the spread of infection. In particular, MRI exam volume declined by 47.4%.

To make things more challenging, coming out of the peak of the pandemic imaging departments have struggled to prepare for a surge in exams due to backlog. Dutch investigators suggested using abbreviated MRI protocols when possible to cope with these rescheduled nonurgent exams, but they noted that radiology departments would likely experience stress in the face of a second COVID-19 wave.

It remains unclear how the MRI market will rebound going into 2021. As recently as September, researchers from Omdia published an analysis that showed an 18% dip in sales of MRI equipment in 2020 compared with the previous year.

But there may be a silver lining to COVID-19 in the form of increased innovation in MRI, the Omnia report authors suggested.

"The pandemic will not only intensify the impact of political and economic challenges but also the emergence and acceleration of diagnostic imaging technology," they wrote.

The COVID-19 pandemic has largely overshadowed ongoing concern about the safety of gadolinium-based contrast agents (GBCAs) for MRI exams, although in January, one very public manifestation of the controversy was laid to rest when martial arts actor Chuck Norris and his wife Gena voluntarily dismissed a $10 million lawsuit they brought in 2017 against Bracco Imaging regarding the safety of gadolinium MRI contrast.

It's possible that the controversy over GBCAs has begun to be mitigated somewhat by a trend toward using macrocyclic agents rather than linear ones, since macrocyclic agents have been shown to be less likely to remain in tissue after contrast administration.

In any case, research published in 2020 on gadolinium offered positive findings: In three studies from Massachusetts General Hospital, researchers reported several alternative ways to perform MRI scans without the agent, such as arterial spin labeling, time-of-flight MR angiography, and quiescent-interval single-shot imaging; another group found no signs of residual gadolinium uptake in the brain following intra-articular administration of a gadolinium-based contrast agent for MR arthrography.

A third team discovered that a manganese-based MRI contrast agent could provide equivalent MR image quality compared to gadolinium-based exams. And in a "truth can be stranger than fiction" study, researchers from the University of Texas at Dallas reported that a plant virus shows promise as a building block for a non-gadolinium-based MRI contrast agent.

As for women's imaging, MRI has long demonstrated its value as a tool for screening and tracking women at high risk of breast cancer. This trend gained steam in 2020 with the validation of abbreviated breast MRI protocols that remove some of the workflow obstacles to the use of the modality for widespread screening.

At the Society for MR Radiographers & Technologists meeting in August, a team from the University of Washington School of Medicine in Seattle highlighted how technical advances such as shorter protocols, diffusion-weighted imaging, and MR spectroscopy could propel MRI into the forefront of breast cancer screening.

"It's clear that the use of abbreviated protocols may allow us to improve time and cost without impacting performance," said presenter Savannah Partridge, PhD.

A study published earlier in the year supported this outlook, finding that abbreviated breast MRI -- that is, a protocol as short as 10 minutes -- identified more invasive cancers in women with dense tissue than digital breast tomosynthesis. And a team from Massachusetts General Hospital reported that short-interval follow-up MRI is a good way to identify early-stage breast cancer and also avoid unnecessary biopsies.

Beyond COVID-19, MRI showed its value this year in the arena of neuroimaging, with research demonstrating the efficacy of new MRI techniques and a deeper understanding of the data produced by a variety of MRI methods.

For example, investigators from University College London showed how an MRI technique called quantitative susceptibility mapping reveals increased iron levels in the parts of the brain that manage cognition and memory in patients with Parkinson's disease. Also, a group from Weill Cornell Medicine in New York City found that lesions identified on diffusion-weighted MRI indicate a worsening of chronic cerebral small-vessel disease -- and point to a less positive outlook for patients who have experienced intracerebral hemorrhage.

Additionally, the modality proved its merit by helping clinicians gauge the severity of multiple sclerosis and predicting patients' progression from mild cognitive impairment to Alzheimer's disease.

Also on the neuroimaging side, this year functional MRI proved its value across a variety of applications that could improve patients' lives. A team of researchers from India demonstrated that artificial intelligence (AI) analysis of MR neuroimaging -- such as structural MRI, resting-state functional MRI, and diffusion-tensor imaging (DTI) -- can help diagnose bipolar disorder, while investigators from Georgetown University showed that functional MRI can differentiate between chronic fatigue syndrome and Gulf War illness, a task they said will better tailor treatment.

Where is MRI going as we head into 2021? Here's a hint: The use of AI with MRI is trending, with experts predicting that AI-based image reconstruction and postprocessing methods will come to the forefront.

In the past year, researchers have demonstrated that AI algorithms can predict 3D dose distributions for MRI-guided radiation therapy plans, and a group from the University of California, San Francisco described an AI-based system that simulates how radiologists read MR images, performing comparably with a cohort of academic radiologists interpreting brain MRI exams.

Keep an eye out for one of the year's biggest MRI innovations as we go into 2021: a portable, low-field MRI scanner effective for use in the intensive care unit that could revolutionize the care of critically ill patients. Also on the MRI innovation front? Advanced coil arrays and new sensors and data acquisition techniques, according to a team from Skope Magnetic Resonance Technologies in Zürich, Switzerland, that presented at the International Society for Magnetic Resonance in Medicine virtual meeting.

Our other pre-RSNA MRI article will include even more insights on the modality's future from a variety of experts, including this year's RSNA neuroradiology subcommittee chair, Dr. Max Wintermark of Stanford University.