CT shows damage caused to the lungs in people who cook with natural fuels such as wood or brush, which can produce pollutants and toxins when burned, according to research to be presented at the upcoming virtual RSNA 2020 meeting.

The smoke from natural, or biomass, fuels contains a strong mixture of pollutants and bacterial toxins, and it can cause considerable injury to the lungs, study co-author Abhilash Kizhakke Puliyakote, PhD, of the University of California, San Diego said in a statement released by the RSNA.

"It is important to detect, understand, and reverse the early alterations that develop in response to chronic exposures to biomass fuel emissions," he said.

Three billion people around the world use biomass fuels for cooking, and pollutants from this practice contribute to an estimated 4 million deaths per year from illness related to household air pollution, the group noted.

Efforts to induce a shift from these fuels to a cleaner-burning option like petroleum gas have been mixed, with traditional practices, financial concerns, and a lack of understanding of the negative effects biomass smoke can have on the lungs all contributing to a reluctance to make the change.

Kizhakke Puliyakote's team sought to assess the impact of cooking fuel pollutants on a rural population via a study that evaluated the lung health of 23 people in Thanjavur, India, who used either petroleum gas or wood for cooking. The group measured pollutants in the homes of study participants and then measured their lung function using both spirometry and CT.

Wood fuel exposed study participants to higher levels of pollutants and bacterial endotoxins than did petroleum gas, and wood fuel users had higher levels of air trapping in their lungs, a condition that blocks a person's effective oxygen intake and carbon dioxide discharge.

Additionally, a subset of the wood fuel users had "very high levels of air trapping and abnormal tissue mechanics," the group found, with more than half of the air they inhaled remaining trapped in their lungs.

"This increased sensitivity in a subgroup is also seen in other studies on tobacco smokers, and there may be a genetic basis that predisposes some individuals to be more susceptible to their environment," Kizhakke Puliyakote said.

The study findings highlight the need to minimize exposure to natural fuel smoke -- whether that exposure comes from cooking or from other sources such as wildfires, according to the researchers.

"In conjunction with the increasing prevalence of biomass smoke due to wildfires in the U.S., this study can provide valuable insights regarding similar study designs serving to understand what is certain to be a growing assault on lung health," Kizhakke Puliyakote concluded. 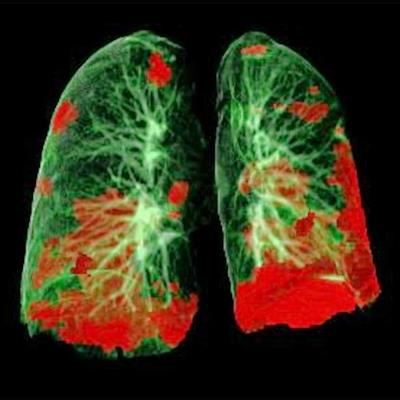 CT shows COVID-19 causes lingering lung damage
Six-week follow-up CT exams of patients with COVID-19 show lingering damage to lung tissue in 88% of patients who were hospitalized, according to a presentation... 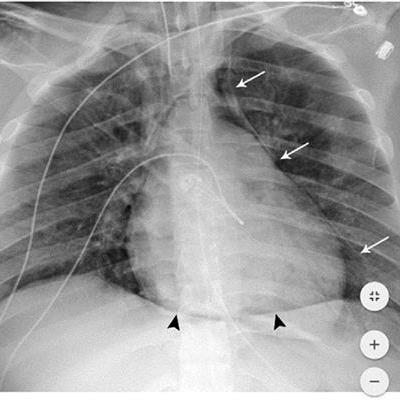 COVID-19 patients face higher risk of barotrauma
Patients with COVID-19 who require invasive mechanical ventilation are more likely to experience barotrauma such as pneumothorax and pneumomediastinum... 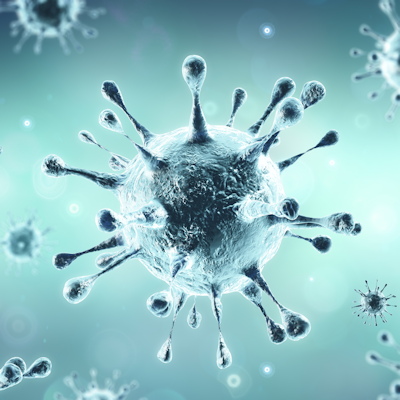