MR-guided focused ultrasound (MRgFUS) is a viable tool for prostate cancer ablation, according to research presented this week at the annual RSNA meeting in Chicago.

The findings offer physicians and their patients yet another alternative for prostate cancer treatment, presenter Dr. Clare Tempany-Afdhal of Brigham and Women's Hospital in Boston told session attendees.

"Our initial experience indicates that MRgFUS for prostate cancer ablation is both feasible and safe," she said.

The study included 36 patients with prostate lesions. All underwent MRgFUS ablation, and with the exception of one patient, all were discharged on the day of treatment. Six of these 36 completed follow-up, while 34 currently are at nine months post-treatment, 27 are at 12 months, and 12 are at 18 months, Tempany-Afdhal told session attendees.

There were 131 device- or protocol-related adverse advents at the time of the patients' MRgFUS treatment. Of these, 117 were mild, 13 were moderate, and one was severe; also, 77 were procedure-related, 48 were transient, five were biopsy-related, and one was device-related.

In a related study presented during the same session, Italian researchers found that MRgFUS is a good alternative to surgery for men with intermediate-risk prostate cancer.

Dr. Andrea Leonardi of Sapienza University of Rome presented findings from a study that assessed the performance of MRgFUS in men with organ-confined, intermediate-risk prostate cancer as a way to postpone -- or even eliminate -- definitive treatments such as surgery or radiation therapy.

The study included 19 men with histologically confirmed prostate cancer. All of them underwent a baseline dynamic contrast-enhanced MRI exam and an MRgFUS treatment. Leonardi's team assessed the safety of MRgFUS by tracking the incidence and severity of any complications related to the exam and then evaluated its clinical efficacy by tracking prostate-specific antigen (PSA) levels at three, six, and 12 months of follow-up.

Of the 19 patients, one reported urinary incontinence and two reported erectile dysfunction after the MRgFUS treatment. Dynamic contrast-enhanced MR imaging at each follow-up point showed no recurrence or residual disease in any of the men, and laboratory results showed a progressive decrease in PSA level, with an average value of 17 ng/mL before treatment and 2.2 ng/mL at the 12-month follow-up.

"MRgFUS appears to be a safe and effective treatment for patients with organ-confined, intermediate-risk prostate cancer and can reduce the need for definitive treatment," Leonardi concluded.

If you like this content, please share it with a colleague!
Related Reading
Clinicians use MRgFUS to treat neuropathic pain
Clinicians at the University of Maryland Medical Center have treated the first patient in the U.S. for neuropathic leg pain using MRI-guided focused ultrasound... 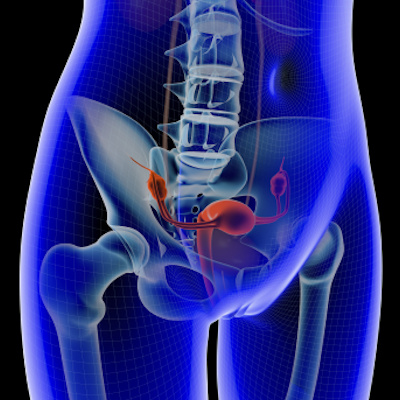