Investigators who sponsored a laboratory for experiments in human perception at RSNA 2016 plan to reprise the exhibit at the upcoming RSNA show.

At RSNA 2016, the U.S. National Cancer Institute collaborated with the RSNA to fund the Perception Lab in the Learning Center. The goal of the lab was to serve as a centralized location where researchers could perform experiments on human perception with an audience of experts: radiologists. More than 170 radiologists participated in experiments at nine labs at the meeting.

The Perception Lab will follow a similar format at RSNA 2017, with radiologists participating in brief experiments lasting about 30 minutes in six darkened test areas. Each area will be equipped with a desk, two 47-inch monitors, and internet access.

Organizers of the Perception Lab have issued a call for research proposals, with an application deadline of August 1. Questions and expressions of interest should be directed to Jeremy Wolfe (jwolfe@partners.org) and Todd Horowitz (todd.horowitz@nih.gov). 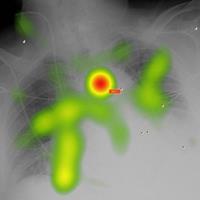