Boston-based researchers 3D printed the affected anatomy, including tumor, bones, and systemic and pulmonary vasculature, segmenting the images on a commercial 3D workstation. They performed postprocessing to create connecting elements to avoid isolated tissues in the models, using commercially available software, and provided them to surgeons before patients were operated on. Physician feedback revealed the high utility of the models, and analysis of the physical models confirmed the lack of variability between the models and the underlying anatomy.

"The 3D models were superior to CT images for the majority of aspects of surgery planning," said lead researcher Dr. Elizabeth George, from Brigham and Women's Hospital, at RSNA 2016. This was particularly important for the surgical approach, for which all four surgeons said that additional information was provided by the model."

As the costs and other entry barriers to 3D printing have fallen in the past several years, use of the technique has grown exponentially, especially for surgery planning. At the same time, the number of research papers on the topic has grown along with the interest in 3D printing, to more than 1,000 publications in 2016. Even so, there have been few systematic investigations of the accuracy or utility of the models used to plan surgery, George said. 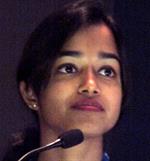 The tumors in this study, Pancoast tumors, account for fewer than 5% of all lung malignancies. They are traditionally associated with a poor prognosis, although the implementation of trimodality therapy and advances in surgical technique have improved outcomes somewhat, George said.

Pancoast tumors are especially challenging for thoracic surgeons due to invasion of adjacent structures, such as adjacent small vessels, upper ribs, vertebral bodies, and the brachial plexus.

"Due to this complex anatomical relationship, we identified this as an optimal target for assessing the utility of this relatively new technology of 3D printing," she said.

The study involved two patients with Pancoast tumors, both with local disease. Preoperative planning scans were acquired on a 64- or 128-slice scanner. Images were acquired during a single breath-hold at 120 kV and automated tube current modulation at a quality reference of 200 mAs. Contrast (75-100 mL) was injected before the scans, and images were reconstructed using a soft-tissue kernel at 1.5- to 3-mm slice thickness.

The software was used to trim the tissues to the area of interest, hollow the structures to save materials and printing time, and introduce connectors to allow isolated tissues to maintain their spatial relationships after printing. The models were printed on a desktop studio lithography printer, with segmentation assessed by two readers.

Case 1 was a 70-year-old woman with a T3N1M0 upper-lobe adenocarcinoma. Cancer had destroyed the first and second left ribs, and the tumor adhered to the left subclavian artery. The surgeons chose a posterior approach due to extensive invasion, George said.

Case 1: The 3D model (center) showed destruction of the left first and second ribs, tumor adherence to the left subclavian artery, and separation from the subclavian vein. All images courtesy of Dr. Elizabeth George.

Case 2 was another 70-year-old woman with a right upper-lobe adenocarcinoma stage T4N0M0. The 3D model showed minimal chest wall invasion and a mass separate from the subclavian vessels. The surgeons chose an anterior approach for right upper-lobectomy and resection of the first rib.

Results of the utility analyses showed that the printed models were superior to cross-sectional imaging and 3D visualization for surgery planning, with a score of 3.21 (one a scale 1 to 4). The highest scores were given for determining surgical approach (4), evaluating the relationships of tumors to vessels (3.5), and assessing resectability of tumors (3.5). The lowest score, 2, was given for guiding instrumentation selection, according to the researchers.

"The 3D models were superior to standard CT images for the majority of the aspects of surgery planning," George said, and this was especially true for choosing the surgical approach. Three of four surgeons said there was a minimal or moderate decrease in operating room time, while the fourth was uncertain of any time savings. The models all had good accuracy compared to intraoperative anatomy.

The investigators found interobserver variation between the two readers of 15% in tumor volume and variation of less than 1.8 cm2 in tissue areas within a millimeter of the tumor. The Dice similarity indices were 93.4% for vasculature and 86.5% for tumor and bone.

Based on segmentation, for example, areas within 1 mm of the artery varied somewhat between the readers, per the image below.

The surgeons also found small subjective differences in accuracy between the two models, but this did not affect the clinical utility, George said. 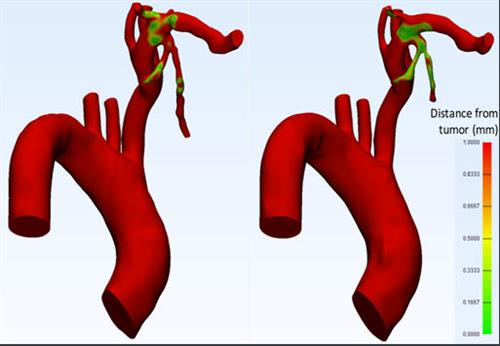 Surgeons noted small differences in segmentation and the area of vessels within 1 mm of tumor (green-yellow) between the two readers, but these did not affect the clinical assessment significantly.

So far, the benefits of 3D printing "have largely been surmised and not proven," she said. "Our study addressed this specifically for complex Pancoast tumors."

As for limitations to the research, challenges in accuracy remain, she said. Patient-specific imaging protocols can improve the results further. Also, even though the printing service is radiology-centric, STL postprocessing is still a very engineering-oriented task. Finally, the study sample size was small.

"Complex thoracic oncology 3D-printed models can be completed accurately and reproducibly by radiologists using tools familiar to us," George said. While the costs of printing amount to only a few dollars per model, "the cost in human resources is potentially an issue, as it takes many hours for the segmentation and print time. Given the costs versus the benefits for our surgeons, 3D printing should be considered for complex tumors." 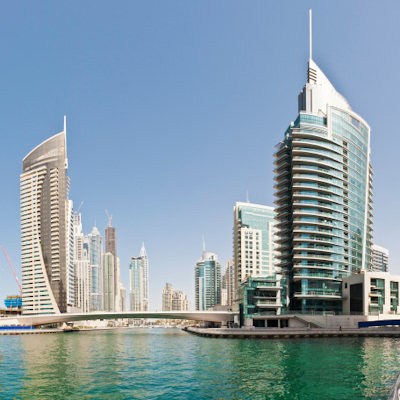 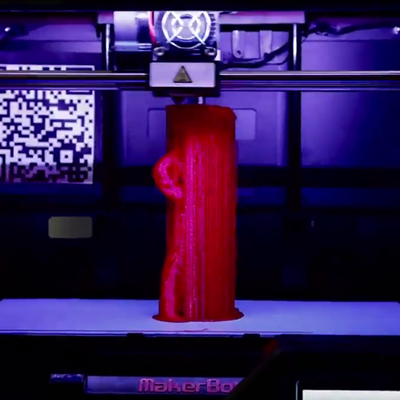 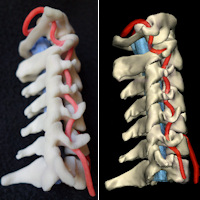 3D printing finds myriad roles in healthcare
From its roots in 1980 as a novel idea for speeding up product design and prototyping, 3D printing has grown into a cottage industry in healthcare, finding... 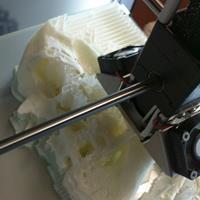 The power and promise of 3D printing: Part 2
In part 2 of our series on 3D printing in healthcare, we look at the critical component of software, including automated segmentation tools and computer-aided...