CHICAGO - Wide-area CT reduced torso radiation doses significantly in younger, smaller children, but the reductions were insignificant among larger and older patients, according to results of a study presented on Thursday at the RSNA meeting in Chicago.

Researchers from the University of Arkansas for Medical Sciences found that the use of wide-area CT scanners does reduce radiation dose in torso scans of pediatric patients, compared with 64-detector-row CT. But the modest dose reductions weren't uniformly distributed throughout the anatomy and across the entire cohort, with benefits mostly going to children weighing less than 25 kg.

In patients younger than age 6, "we saw a 13% reduction in radiation exposures using a wide-detector technique, which was statistically significant," said Dr. Robert Buchmann in his presentation. In the overall cohort, however, "there was no significant difference in image quality in the thorax, abdomen, or pelvis between the two groups."

Previously, Buchmann and colleagues presented a study that achieved significant dose reductions in pediatric torso CT without loss of image quality. "The purpose of this study was to see if we could get additional dose reductions by using a wide-detector rather than a helical technique in children undergoing CT of the torso," he said.

Toshiba's dose-reduction method, adaptive iterative dose reduction (AIDR) 3D, was used to reconstruct all exams. The same 320-detector-row scanner was used for both sets of acquisitions, with the helical scans acquired using only 64 detectors.

The patients ranged in age from newborn to 18 years, with a mean age of 9.4 years for the helical scans and 8.9 years for the wide-area scans.

Size-specific dose estimates (SSDEs) were used to measure and compare radiation doses. SSDE was calculated in the standard manner by multiplying the CT dose index volume readout from the scanner by a conversion factor applied to anteroposterior and lateral measurements of the patients.

Next, the team looked at the results among children who had not yet reached age 6. Among 31 younger patients in the helical group and 29 in the wide-detector group, the researchers found a 13% reduction in radiation exposure with the wide-detector technique, which was statistically significant.

Yet there were no significant differences in image quality between scanner types in any of the three anatomic regions among the younger patients.

Also, among the 29 children in the wide-detector group whose dose reductions were significant, all had torso images that were acquired with four or fewer volumes stitched together, and all weighed less than 25 kg. The remaining 71 children in the wide-detector group were 6 years or older; 68% of their CT exams with insignificant dose reductions required five or more CT volumes stitched together to cover the anatomy, and 80% weighed more than 25 kg, Buchmann noted.

"Using this data, we prefer wide-detector scanning in younger, smaller patients because of the dose savings we saw in this population, specifically kids who are younger than 6 years old, who weigh less than 25 kg, or whose exams require four or fewer stitched CT volumes," Buchmann said. Wide-area scanning conveyed no significant dose advantages for larger children. 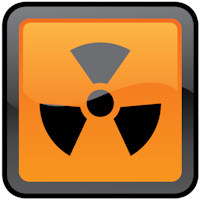