CHICAGO - By using voxel-based morphometry of high-resolution MR images, researchers have discovered that physically active adults have a greater preservation of brain structure and gray matter, which slows the progress of cognitive decline and Alzheimer's disease, according to a presentation at the RSNA meeting.

Voxel-based morphometry is an advanced computer-based method that analyzes an MR brain image and constructs a mathematical model, allowing the researchers to assess the relationship between an active lifestyle and gray-matter volume. 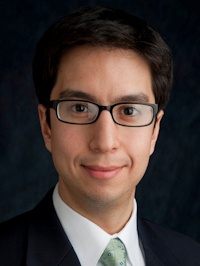 "Gray matter is important because it houses neurons, which shrink or die when you have a neurodegenerative disease such as Alzheimer's," lead study author Dr. Cyrus Raji, PhD, a radiology resident at the University of California, Los Angeles, told AuntMinnie.com. "If we can stop those processes or slow them down, then that can be reflected in preserved [gray-matter] volume."

For this study, Raji and colleagues recruited adults from the Cardiovascular Health Study (CHS), a four-site, population-based study of coronary heart disease and stroke. CHS contains some 20 years of clinical data on this patient population, including body mass index and lifestyle habits.

They selected a total of 876 adults with an average age of 78 years and used a standardized questionnaire on 15 physical activities they participated over the course of two weeks. The activities were swimming, hiking, aerobics, jogging, tennis, racquetball, walking, gardening, mowing, raking, golfing, bicycling, dancing, calisthenics, and riding an exercise cycle.

The researchers reviewed those activities and calculated energy output to determine kilocalories burned per week. In doing so, they found that the more kilocalories burned, the larger the gray-matter volume in the frontal, temporal, and parietal lobes, including the hippocampus, posterior cingulate, and cerebellum, in all 876 individuals.

"The relationship between an active lifestyle as measured by kilocalories and gray-matter volume was a powerful one," Raji said. "Even when accounting for factors such as age, gender, body mass index, study site, and head size, it did not change the results."

Raji and colleagues also conducted a separate analysis of individuals with Alzheimer's and mild cognitive impairment and found that those individuals also benefited from physical activity.

"While physical activity cannot cure Alzheimer's, our study participants with Alzheimer's who were very active had reduced brain atrophy," Raji said. "All of the brain areas in our study positively affected by an active lifestyle are involved with cognition, such as the temporal lobes. That makes sense, because [these brain regions] use the most energy and require the most oxygen and glucose."

One other key aspect of the study was its focus on a variety of physical activities. Raji and colleagues noted that it is not one but a combination of lifestyle choices and activities that benefit the brain.

"What struck me the most about these results is that we have in one of the largest multisite, voxel-based brain imaging studies ever done a finding of how an active lifestyle can benefit the brain in normal aging and Alzheimer's," Raji said. "That's important evidence for using this as a prevention strategy for Alzheimer's because different types of physical activity can benefit the brain -- not just one."

The researchers plan to build upon their findings by studying the underlying genetics of obesity and Alzheimer's disease.

MRI shows white-matter lesions growing before onset of MCI
MR images can show the growth of white-matter lesions in the brains of older people as early as 10 years before the onset of mild cognitive impairment...
MRI shows Alzheimer's spreading through nerve cells
Alzheimer's disease and other forms of dementia may spread within nerve networks in the brain by moving directly between connected neurons, according...

MRI shows benefits of Mediterranean diet on the brain
The fabled Mediterranean diet may be good for your brain as well as your waistline. MRI has revealed that people who adhere to the diet have reduced brain...
MRI helps link silent strokes to memory loss
Research using MRI indicates that small areas of dead brain cells, or silent strokes, found in approximately one of four older adults are linked to memory...
MRI biomarker may predict early Alzheimer's disease
With the help of an MRI biomarker, researchers have found that people with smaller regions of the brain's cortex may be more likely to develop symptoms...
Copyright © 2012 AuntMinnie.com