Children present particular challenges when it comes to cardiac MRI, according to a presentation delivered August 9 at the virtual edition of the International Society for Magnetic Resonance in Medicine (ISMRM) meeting.

Dr. John Wood, PhD, of Children's Hospital Los Angeles and the University of Southern California (USC) Keck School of Medicine, outlined a range of technical factors and protocols to keep in mind when imaging this population.

"There are a number of physiological differences between adults and children [regarding imaging, including] vital signs, body habitus, and ability to comply with aspects of the exam [like breath-holding]," he said. "Many children younger than 8 require sedation. And some of our smaller patients have heart and respiratory rates three times higher than adults, which creates some technical challenges [on cardiac MRI]."

For cardiac MRI in children, 1.5 tesla is a better all-around field strength than 3 tesla -- even though the latter is excellent for cardiovascular indications in adults, Wood said.

"Because of the small field-of-view in cardiac MR for children and the demand for high-resolution images, it's critical that the technician find the smallest coil that fits the anatomy relevant to the study being performed," he noted.

Higher heart rates in children compared with adults can cause blurring on the image, which can be mitigated by lowering the views per segment, Wood said. And children's ability to hold their breath during the exam may be limited.

"We've found that using multiple signal averages is a good [way to control for breath-holding]," he said. "Some children who require an exam with submillimeter resolution may need to be intubated and paralyzed for it."

The indications for cardiac MRI differ between adults and children, with adult exams prompted mostly by conditions such as ischemic heart disease or valvular insufficiency, and pediatric exams often indicated by congenital heart disease and iron overload. In his presentation, Wood described pediatric cardiac MRI protocols for a variety of conditions.

Tetralogy of Fallot, a constellation of four congenital defects. The protocol for this indication includes the following:

Fontan, a surgical procedure for children with univentricular hearts. The protocol for this indication includes the following:

In the end, differences between adult and pediatric cardiac MR imaging can be considered from an indication standpoint, Wood said. But it may also be prudent to consider them using a different framework, he concluded.

SMRT: The 'tunnel game' helps prep kids for MRI scans
MONTREAL - Developing alternatives to using anesthesia during pediatric MRI scans can be as easy as child's play, according to a poster presentation at...

A SMART way to reduce pediatric sedation MRI delays
CHICAGO - Having to wait almost two months for a pediatric MRI scan with sedation is no way to run an imaging facility. It's one of the reasons staff...

Pediatric patients use app to prep for MRI scan
VIENNA - The prospect of undergoing an MRI scan can trigger anxiety in any patient -- and arguably even more so in a child. To alleviate this and reduce... 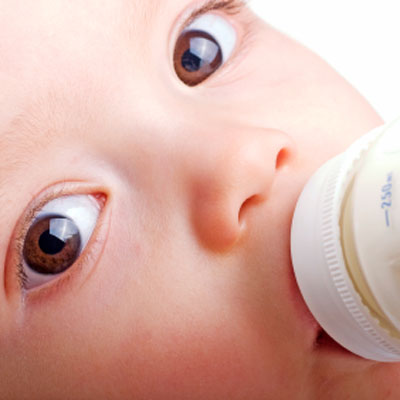 3T MRI fetal scans should not affect newborns' hearing
When pregnant mothers are scanned with 3-tesla MRI, the higher noise levels relative to 1.5-tesla scanners do not seem to increase the risk that their...