MONTREAL - Developing alternatives to using anesthesia during pediatric MRI scans can be as easy as child's play, according to a poster presentation at the Society for MR Radiographers & Technologists (SMRT) annual meeting.

The intimidating environment of the MRI scanner -- as well as the natural tendency of children to fidget -- can cause children to move, which produces motion artifacts on MRI images. To limit motion, many MRI facilities have resorted to sedation or anesthesia, but these can lead to problems of their own.

Anesthesia can produce motion artifacts from breathing or uncontrollable twitching, Pelkola noted. Anesthesia also comes with potential health risks such as respiratory distress, aspiration, and cardiac arrest, which have been documented to occur in more than 20% of children. Emergence delirium and nighttime crying are additional side effects associated with anesthesia exposure in children.

Mock MRI scanners provide an alternate solution to prepare children for scans without the use of anesthesia. But a life-size mock MRI scanner may not be suitable for every pediatric facility because of the cost, maintenance, and amount of space needed to house it, according to Pelkola.

"In our case, there is no room to place it," she said, noting that Boston Children's does not house its mock MRI scanner at the main hospital site.

Pelkola and colleagues sought to find a creative alternative that would avoid the need for anesthesia in pediatric patients who need MRI scans without relying on the mock MRI scanner. The literature suggested that play tunnels have been used to simulate the MRI scanner environment, so Pelkola and colleagues designed an MRI preparation game structured around play tunnels.

In the game, children are asked to climb into a fish-themed play tunnel and play the "statue game," in which the child remains still while audio clips of MRI sequences are played for three to five minutes. The goal is to desensitize the child to the MRI scanner's gradient noises while familiarizing the child with the claustrophobic environment of an MRI tunnel.

"The kids would climb into the play tunnel and would see it as play time," Pelkola said. "We played the statue game, so they were instructed to stay very still. The child sees if he or she moves, the tunnel will move."

The statue game makes it possible to acquire MRI images without much difficulty, and it makes the procedure less daunting for children and less stressful for parents, Pelkola explained.

After a practice run, children are asked to change into hospital gowns, which, in keeping with the nautical theme, are called "scuba suits." Upon entering the scan room, the child sees ocean-life themes consistent with the play tunnel, and the MRI scanner itself is disguised as a lifelike sandcastle. The child is offered video goggles and a movie for distraction and to muffle the gradient noises emitted from the MRI scanner.

The game was tested with a total of 10 children between ages 4 and 7 who were randomly selected to undergo a single MRI examination of sites like the head and lumbar spine, Pelkola said.

"Our success was 100%," with none of the children having to come back for repeat scans, she noted. "It is ideal if we can avoid using anesthesia in children. It is costly, and it can delay scheduling of an MRI. There is usually a backlog in anesthesia appointments." 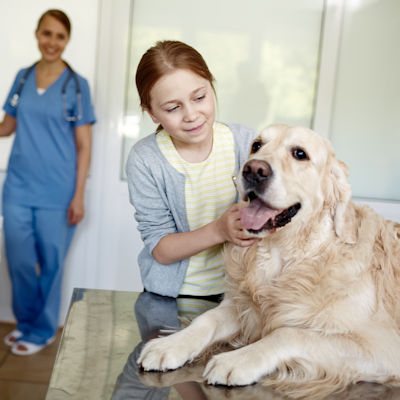 Pediatric patients go to the dogs for MRI anxiety relief
Who doesn't feel better alongside a friendly pup? It's no surprise, then, that pediatric patients who spend time with a therapy dog before and after their... 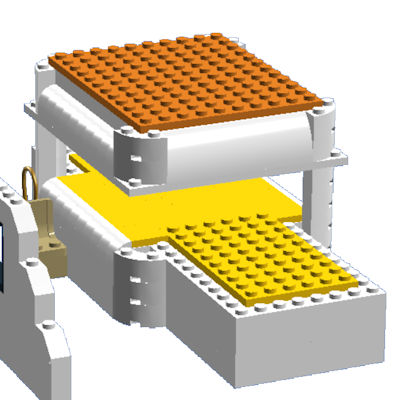 Can Legos make MRI scans less scary for patients?
Can an MRI scanner made out of Legos help nervous or claustrophobic patients get over their fear of receiving an MRI scan? A U.K. radiologic technologist...

A SMART way to reduce pediatric sedation MRI delays
CHICAGO - Having to wait almost two months for a pediatric MRI scan with sedation is no way to run an imaging facility. It's one of the reasons staff...

Pediatric patients use app to prep for MRI scan
VIENNA - The prospect of undergoing an MRI scan can trigger anxiety in any patient -- and arguably even more so in a child. To alleviate this and reduce...
Pediatric-friendly MRI can enhance sedation
Hospitals should use a variety of techniques to help make pediatric patients feel more at ease before sedation and their MRI scans, according to a literature...
Copyright © 2019 AuntMinnie.com