October 27, 2021 -- Almost two years since the start of the global COVID-19 pandemic, the novel coronavirus continues to exert a powerful influence over the world -- and radiology. That's evident in this year's Minnies awards, where issues related to the pandemic were front and center.

For example, the Minnies laureate for Scientific Paper of the Year was a study on changes visible on imaging exams that occurred after COVID-19 vaccination. The pandemic itself was named Most Significant News Event in Radiology, while physician burnout -- which has been exacerbated by the pandemic -- was named Biggest Threat to Radiology by the Minnies expert panel.

Still, this year's Minnies winners also demonstrate the resilience of radiology and the brilliant minds that are moving the discipline forward in the face of the adversity caused by COVID-19. From stellar researchers to inspiring educators, the winners of the 2021 Minnies awards showcase the spirit of creativity and innovation that makes radiology such an amazing specialty.

Congratulations to all the winners of the 2021 Minnies awards, and also to the runners-up and the more than 200 candidates who made the semifinalist list across 15 categories. You can view the full slate of semifinalists, as well as our comprehensive list of all the Minnies winners over the past 22 years.

From her days as a medical student at Moi Teaching and Referral Hospital in Kenya, Dr. Judy Gichoya has been interested in researching the impact of information technology (IT) on the practice of medicine. 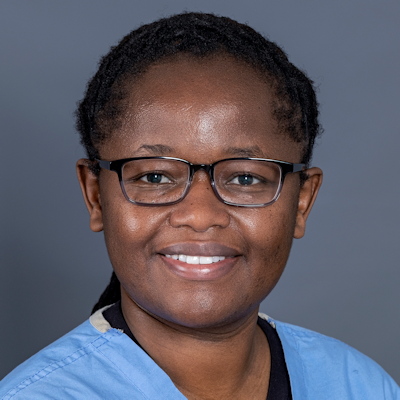 After earning her medical degree at Moi, she served for one year as a medical officer at a hospital outside Nairobi, where she began considering the impact that IT tools could have on care delivery through programs such as clinical decision support for physicians treating individuals with HIV/AIDS.

Gichoya continued her focus on imaging informatics during her residency, which took place at a time when many medical students were avoiding radiology due to concerns about artificial intelligence (AI) potentially taking their jobs. She said she became an advocate for AI in medicine, organizing clubs that brought together physicians with computer geeks to share knowledge.

"I was very surprised at how good the technology had become," Gichoya said. "I decided my role was to do a lot of advocacy, especially as medical students were not considering radiology."

On completing her fellowship, she said she was drawn to Emory University because the institution's strong emphasis on informatics would enable her to continue pursuing this aspect of her career. Among the mentors at Emory, she cites as having influenced her research are Dr. Nabil Safdar, Dr. Janice Newsome, and Elizabeth Krupinski, PhD.

"I really ride on the shoulders of giants," she said.

Gichoya is an advocate for what she calls "village mentoring" or "hive learning," in which people from multiple disparate disciplines are brought together to work on a problem. This can include researchers from different universities and even different continents.

One of her current projects is one that's funded by the U.S. National Institutes of Health (NIH) to develop an Open Data Science Platform that will help harness the use of informatics to improve healthcare in Africa. The project is intended to develop a cloud-based data sharing platform that will be used to spur discovery and innovation in healthcare on the continent.

She plans to continue her investigations into AI and healthcare, in particular the role of AI in revealing healthcare disparities. For example, earlier in 2021 she led a group that published a paper to arXiv.org that revealed that AI algorithms could be developed to detect the racial identity of patients from their medical images.

Gichoya noted the pervasive nature of healthcare disparities, such as the fact that pregnant Black women have higher rates of postpartum hemorrhage, even after adjusting for factors such as socioeconomic status and education level. With the arXiv paper, she and her co-investigators still don't fully understand how AI algorithms were able to identify the racial identity of patients -- a fact that itself warrants additional investigation, especially given concerns about the "black box" nature of AI.

"Despite all the work that we've done, we still can't tell you why the algorithm can see this," Gichoya said.

Dr. Tessa Cook, PhD, likes variety and the combination of clinical practice and radiology education is what makes her career satisfying. That philosophy could also be what has led Cook to be named Most Effective Radiology Educator in the Minnies for a second time, with her first award coming in 2018. 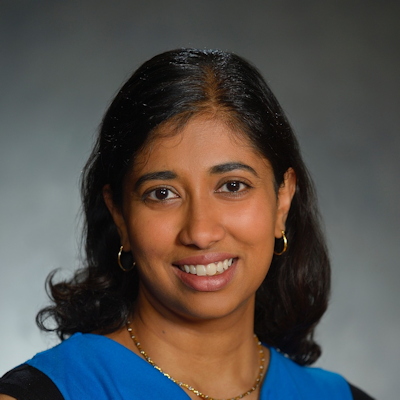 "I have this problem of being interested in a lot of different things at once, and when I was in training, if you'd asked me to predict my career trajectory, I wouldn't have been able to say," she explained. "It's been a lovely surprise over the years to see where my work has taken me. Right now, half of my week is clinical practice and the other half is teaching, research, and imaging informatics. Every day's schedule is different and I find that very fulfilling."

Cook comes by her teaching chops honestly: She grew up in a family of teachers with both her parents and a bevy of uncles devoted to the craft.

"I remember a few times as a kid, when I was off school for whatever reason and my parents were working, they would cart me along and I'd hang out in the classroom," she said.

Her activities as a radiology educator range from her duties as an assistant professor to directing Penn Medicine's 3D and Advanced Imaging laboratory, co-directing the university's Center for Practice Transformation in Radiology, and running the National Imaging Informatics Course-Radiology (NIIC-RAD), a primer on the fundamentals of imaging informatics for fourth-year radiology residents that is organized by the RSNA and the Society for Imaging Informatics in Medicine (SIIM).

Her work with NIIC-RAD has been especially satisfying, according to Cook. The course is tailored for residents, but it also serves researchers, radiologists, IT and PACS administrators, and physicians in other image-producing specialties, like dermatology.

That being said, Cook takes particular interest in teaching residents about imaging informatics because it's a crucial foundation for artificial intelligence (AI) -- and its benefits are legion.

"Our residents are very excited about radiology AI, but I want them to have a realistic perspective," she said. "Imaging informatics comes first and it's important to understand the environment in which AI will function in order to build AI that is impactful and meaningful. And what benefits patients also benefits us, the physicians, as well -- informatics helps us take care of patients while also preserving our own wellness and decreasing burnout."

Sharon Mohammed's interest in radiology was sparked in college while she was working part-time in a Manhattan imaging center. Not only did the images generated by the exams intrigue her, but she found interacting with patients deeply satisfying. And then there was the fact that imaging often improved patient outcomes. 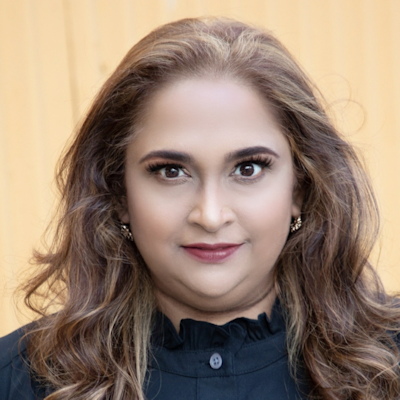 "I was sitting with the technologist one day as he was performing an MRI of the lumbar spine on a patient," she said. "There was a mass on the man's kidney and the technologist brought it immediately to the radiologist's attention. Later the patient came to thank the technologist, telling him, 'You may have saved my life.' That's when I decided I wanted that kind of clinical interaction with patients -- a direct hand in providing them with care."

Mohammed holds a diagnostic radiologic technologist license from Bellevue Hospital School of Radiologic Technology, and before coming to Memorial Sloan-Kettering this past summer served for almost two decades as a lead CT technologist at NYU Langone Health. She takes her role as a radiologic sciences educator to heart, not only providing education in the classroom but also producing writing on topics as varied as compassionate care for the elderly, ways to prevent COVID-19 pandemic burnout, and using social media for radiology content.

"I love supporting the next generation of CT technologists, giving them the tools and information they need to be successful in this field that is so continually advancing," she said.

Mohammed credits her career success in part to a cadre of generous mentors -- Dr. Omer Awan at the University of Maryland Medical Center in Baltimore, Dr. David Bates at Memorial Sloan-Kettering, Dr. Larry Latson at Cornell in New York City, Dr. Justin Ream at the Cleveland Clinic in Ohio, Dr. Andrew Rosenkrantz at NYU, and Dr. Bradley Spieler at Louisiana State University in Baton Rouge -- and stresses that finding mentors and maintaining strong relationships with them is key.

"My mentors have helped me turn good ideas into great ones through collaboration, trust, and friendship," she said. "They've been instrumental in pushing me outside my comfort zone to be the strongest version of my professional self."

Mohammed urges fellow technologists to press forward with new skills and experience throughout their careers.

"Get experience with a variety of equipment, examinations, and procedures," she suggested. "If possible, also get experience in different types of environments, from slow rural clinics to bustling metropolitan hospitals." 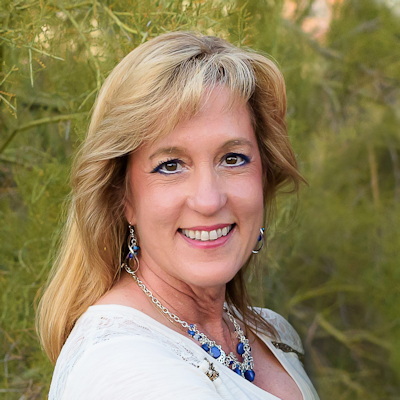 "I'm pretty sure the reason Mayo hired me is because I told them I grew up doing surgery on dogs and cats, and I know how to read an x-ray," she joked. "I also know how to spay and neuter and can use an autoclave."

But it's more likely that Richards secured her post due to the managerial, relational, and business skills she's refined through an eclectic variety of careers. She served as a bank fraud investigator for JPMorgan Chase and a corporate litigation paralegal for Perkins Coie Brown & Bain, started and ran a volleyball team for girls ages 10 to 16, acted as an event coordinator and substitute teacher for a preschool-through-12th-grade school, and established and directed an organization called the National League of Junior Cotillions. She also holds a bachelor's degree in justice studies from Arizona State University and a master's degree in organizational management from the University of Phoenix.

Richards translates all this experience to Mayo's residency program, viewing the program as a small business -- with her "product" being effective radiologists who can use their skills and leadership to positively influence patients' lives.

"I read once that each doctor has an effect on thousands of patients throughout their career -- they have a huge impact on healthcare," she said. "Residents need to understand that their patients aren't textbooks but people."

Yet her work is also about relational support that residents need as they go through an intense period of training.

"I have three kids in their 20s, and I can relate to the residents," she said. "I remind them that they're going to make it -- if only because I'm old and I'm going to need a good doctor like them -- and that they wouldn't be in the program if they weren't great."

Richards also continues to seek ways to expand her knowledge base: She recently prepared for and took the test for the Training Administrators for Graduate Medical Education (TAGME) certification for program coordinators and belongs to leadership/mentoring teams at Mayo.

"What drew me to this work is the combination between the connection to people and business," she said. "I love both building relationships with residents and marketing our program to potential candidates."