June 4, 2019 -- Using breast MRI for the surveillance of breast cancer survivors appears to be a double-edged sword. While breast MRI has a better cancer recurrence detection rate than mammography, the modality also can lead to more biopsies, according to a study published online June 4 in Radiology.

In their review of nearly 34,000 mammograms and more than 2,500 breast MR images over seven years, researchers found breast MRI's surveillance cancer detection rate was 25% higher than mammography among women who had survived their first bout with the disease. On the other hand, breast MRI also led to more than twice as many biopsies, which can heighten anxiety in women with prior breast cancer.

The findings underscore the complexity of decisions involving the introduction of new imaging tests into cancer screening programs and support the importance of proceeding with caution.

"It's really important for us to know that when we're making guideline recommendations and conclusions that we really look at the best quality of the evidence," said lead author Karen Wernli, PhD, from the Kaiser Permanente Washington Health Research Institute in Seattle, in a statement. "It's also very important to adjust for differences among women when we're trying to evaluate the addition of new imaging tests to surveillance mammography."

Current guidelines recommend annual surveillance mammograms for the more than 3 million women in the U.S. with a history of breast cancer and who are asymptomatic for cancer recurrence.

To cover for mammography's shortcomings, clinicians increasingly are turning to breast MRI as an adjunct screening and surveillance tool. However, "national clinical organizations lack consensus about offering breast MRI for routine surveillance in asymptomatic women with a personal history of breast cancer," the team wrote. There also is "limited evidence on the benefits (e.g., cancers detected) and harms (e.g., benign biopsies) of breast MRI in this population, although a small but growing proportion of all women who had breast cancer underwent breast MRI as an adjunct to surveillance mammography," the authors added.

Their analysis included results from 13,266 women (mean age, 60 years ± 13 years) who had survived initial breast cancer. The primary diagnosis was ductal carcinoma in situ and ranged from stage I to stage III invasive cancer. In total, the women had received 33,938 mammograms and 2,506 breast MRI scans between 2005 and 2012 to screen for second breast cancers.

The performance of the modalities was based on an "end-of-day assessment and occurrence of second breast cancer events within one year of imaging," the researchers explained. Analyses were conducted on a per-examination basis.

The calculations determined that breast MRI was more efficient in cancer surveillance, with a detection rate of 10.8 per 1,000 exams, compared with a rate of 8.2 per 1,000 mammography exams. In addition, the chances of a woman having a biopsy within one year were 10.1% with breast MRI, compared with 4% with mammography.

"The effect of additional and potentially unnecessary biopsies should be considered in evaluating modifications to surveillance strategies in women with a personal history of breast cancer," the researchers advised.

Among the other findings, the researchers noted no statistically significant difference in the detection of second cancers between the modalities. Breast MRI achieved a sensitivity of 61.4%, compared with mammography's sensitivity of 70.3%. In addition, the team found no statistically significant difference in the detection rates of interval cancers within one year -- that is, disease that recurred between screenings -- with breast MRI at 6.8 per 1,000 exams and mammography with 3.5 per 1,000 exams.

In conclusion, the researchers recommended that "for women with a personal history of breast cancer, the potential benefits and harms, specifically the effect of increased biopsies, should be carefully considered when incorporating breast MRI into surveillance imaging strategies. Further research may identify subgroups of women who benefit from undergoing breast MRI, especially in minimizing the effect of unnecessary benign biopsies."

The balance between benefit and risk certainly is evident in the use of MRI for the detection of breast cancer. While the modality has an "excellent performance record," there is "some resistance to expanding the use of MRI as a screening tool to women other than those who are at high risk," wrote Dr. Mary Newell, from the department of radiology and imaging sciences at Emory University in Atlanta, in a June 4 editorial in Radiology.

She cited false-positive findings, the cost of an MRI scan, patients' contraindications to the modality, and tissue deposition related to gadolinium-based contrast agents as potential drawbacks, as clinicians "continue to search for the so-called sweet spot" of women who can best benefit from breast MRI screening.

The current study by Wernli and colleagues is "timely and important," Newell added. She stated that studies such as this one "are vital to the cause of triangulating how to most effectively detect breast cancer in a variety of clinical scenarios, including how to use MRI in women at intermediate risk."

Newell added that clinicians, as "patient advocates and stewards of our healthcare system, must be diligent in reading the fine print of future studies to determine exactly what risks are being weighed against what benefits, to ascertain whether we think (and whether our patients would think) they rightly belong on the same set of scales, and to not simply accept the calculus of the authors." 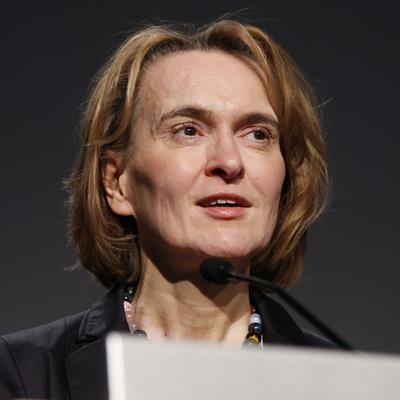 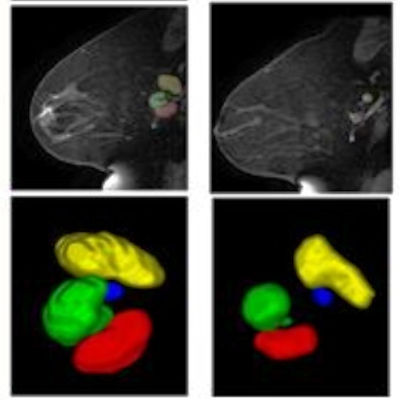 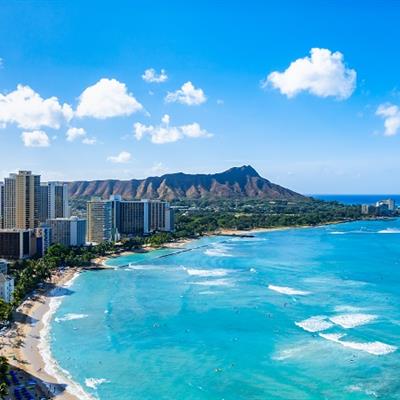