February 13, 2013 -- A New York City hospital on Monday moved to terminate its radiology residency program, leaving 11 residents without a program or funding to continue beyond the current program year ending June 30. Funding for the program is being shifted to pay for more spots for primary care residents.

In a February 11 letter to radiology residents, St. Barnabas Hospital Senior Vice President Keith Wolf said the institution had decided to end its osteopathic radiology residency program, and that it would not renew any resident contracts beyond June 30.

"The hospital will assist the affected residents in their endeavors to continue their education," Wolf wrote in the letter, a copy of which was obtained by AuntMinnie.com.

Hospital spokesperson Steven Clark told AuntMinnie.com that the hospital has decided to reallocate the money from radiology to fund new residencies in primary care, with an eye toward the anticipated need for more primary care physicians going forward, especially in the hospital's core area of the Bronx.

Under the Patient Protection and Affordable Care Act (PPACA), more people are expected to become insured and to seek primary medical care, driving the need for more primary care physicians. At St. Barnabas, the decision was based more on the perceived need to reallocate resources than to save money, Clark said. 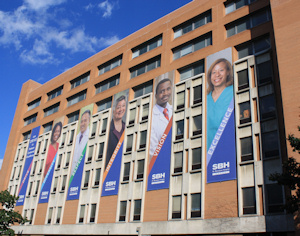 "Although financial implications were considered when making the decision, we were very motivated by the desire to place more training slots into areas where the healthcare focus is these days, such as primary care," Clark wrote in an email. "This decision was not based on any real or perceived oversaturation of radiologists in the market. We will move the slots to other programs to support the shift in healthcare, especially in the Bronx, where primary care is a significant need."

The hospital in January discussed the possibility of closing the program with a representative of the Committee of Interns and Residents, a national union representing residents and interns, and also briefly discussed it at a meeting on January 29 before sending out the formal notice on February 11, Clark said.

But residents have complained, both on the AuntMinnie.com Residents Forum and by telephone, that the hospital has left them high and dry -- and perhaps even unemployable, because it declined to transfer the funding to another residency program that could potentially pick them up, committing the money instead to other residency subspecialties within the hospital.

"If we're not receiving our funding, we're in a bind because what hospital is going to take us without our funding?" said third-year resident Dr. Nirav Shelat in an interview with AuntMinnie.com. "They would have to pay not only our salary, but our malpractice and all of that, so it just seems unreasonable."

Part of the money earmarked for residencies comes from the federal government, and residency programs that are ending typically transfer funds to other schools that are willing to accept the residents so they can complete their education. In this case, however, St. Barnabas chose to keep the money and repurpose the funds "one for one," to new residency slots in primary care.

"The money is being shifted to another specialty, so it's not like the hospital is taking the money and pocketing it," Clark said. "If a hospital closes and a resident is discontinued there, as I understand it, it becomes sort of an orphan spot that the new hospital can now assume. So if you had eight radiology residents and they went to a different hospital, they would bring with them a spot, and the money would be there for it, but that's only if the hospital closes. So it's really shifting the [funds] to what the hospital thinks is a more important need, which is primary care."

"We signed on to our residency program thinking that five years from now we would be radiologists, and now, to have the rug pulled out from under us -- we're all stunned, and we don't know what our next steps are," Shelat said. "They told us that we're not going to get our funding, and that's what shocked us all the most. Why would a hospital take on a radiology resident's salary at $60,000 a year plus malpractice and the cost to train him?"

"It's unfortunate, but the money doesn't come with them," Clark said.

If you like this content, please share it with a colleague!
Related Reading
Residents do well in overnight reads, but miss a few
Radiology residents are generally accurate in their interpretations of emergency department CT studies performed on overnight call, though they do miss...

Moments in Radiology History: Part 11 -- The 1st residents
The early years of radiology saw many physicians take up the new discipline with little or no formal training. That soon began to change with the establishment...
Resident program managers struggle to balance new demands
As program managers begin to implement far-reaching changes in radiology residency education, most believe they'll need to limit the options available...
Professionalism discussions improve residents' understanding
How should medical professionalism be taught to radiology residents? Small group discussions are effective, according to a study presented at the RSNA...
New exam structure nixes free ABR study time for residents
Hoping to stanch outbreaks of "board fever" that can sideline radiology departments when fourth-year residents are relieved of clinical duties to cram...
Copyright © 2013 AuntMinnie.com

Forum Comments
19 comments so far ...
2/13/2013 5:58:55 PM
bhamnole
Sounds like to me as much as I hate to say it,  they need to seek legal counsel. I am sure they all had other options to other programs thru the Match. Now they are stuck. They are not being terminated due to poor performance or other dismissable cause and should have expected a full 5 yrs of training available to them.

2/14/2013 3:05:50 AM
Vorhees
Residency contracts are for one year. While there's the expectation that you get to finish your training, you don't really have anything in writing to that effect, just the hope. I'm not sure what a lawyer can do here. It's essentially a layoff.
2/14/2013 7:59:26 AM
chettigan
First Bronx Lebanon shutters their radiology residency now St. Barnabas. Is this a message that radiology has lost its luster because I know these aren't the only two programs that have been halted.