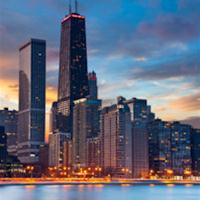 December 15, 2015 -- Efficiency, greater patient throughput, and lower cost of ownership were three important and interconnected trends from the recent RSNA 2015 show in Chicago, according to a report by market research and consulting firm IHS Technology.  Discuss
Top 5 trends from RSNA 2015 in Chicago 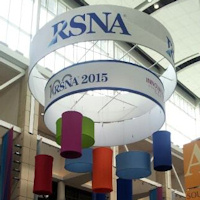 December 10, 2015 -- It's always a challenge to encapsulate an extravaganza as sprawling as the RSNA conference into neat little compartments. The fable of the blind men trying to describe an elephant comes to mind -- an apt analogy for trying to get a handle on a six-day tour de force that often leaves attendees exhausted and overwhelmed.  Discuss
Automated CAC fares well in CT lung screening scans

December 7, 2015 -- CHICAGO - Automated coronary artery calcium (CAC) scoring is robust and accurate when applied to lung cancer screening exams -- even when applied to a different population than the algorithm was designed for, according to results presented on Thursday at the 2015 RSNA meeting.  Discuss
The more mammo priors, the lower the recall rate

December 4, 2015 -- CHICAGO - Comparing screening mammography exams with two or more prior exams reduces by 14% the odds that a woman will be recalled, versus comparing the current exam to a single prior study, according to a study presented at the RSNA meeting.  Discuss
The 2015 PACSman Awards: A three dog RSNA 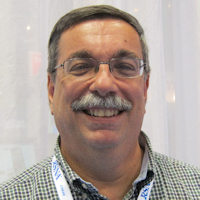 December 3, 2015 -- CHICAGO - What was hot and what was not in PACS at this year's RSNA 2015 meeting? The inimitable PACSman, Michael J. Cannavo, offers his opinions in the 2015 edition of the PACSman Awards.  Discuss
CT, 3D printing help team separate conjoined girls 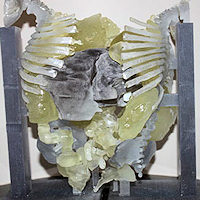 December 3, 2015 -- CHICAGO - In an amazing 26-hour operation, a multidisciplinary team used CT scans and a 3D-printed model of the organs of conjoined twins to help perform a successful separation. Details of the effort were presented at this week's RSNA conference.  Discuss
Is imaging use poised for expansion or contraction?

December 3, 2015 -- CHICAGO - Is the rate of imaging utilization poised to expand -- or contract? It depends on who you ask, according to a presentation given at the RSNA annual meeting on Tuesday.  Discuss
Video from RSNA 2015: Reading room design for the healthy radiologist 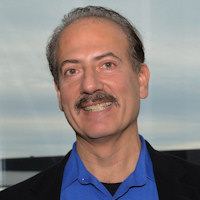 December 3, 2015 -- CHICAGO - Is your reading room making you sick? Learn tips for designing a reading room that promotes healthy radiologists in this video from RSNA 2015 with Dr. Eliot Siegel from the University of Maryland.  Discuss
NCI software automates organ dose measurement 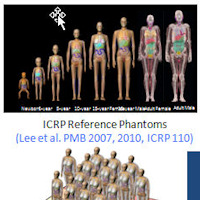 December 3, 2015 -- CHICAGO - Radiation dose measurement is about to get a lot easier -- not to mention better and free of charge. Researchers from the National Cancer Institute (NCI) are finalizing a longstanding project to build a user-friendly software program that converts CT dose index volume scanner readouts into accurate organ dose estimates.  Discuss
Video from RSNA 2015: The growing role of nonphysicians and physician assistants in radiology 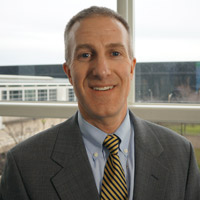 December 3, 2015 -- CHICAGO - Do the growing number of nonphysicians and physician assistants represent a growing threat to radiologists? The topic is discussed in this RSNA 2015 video by Dr. Richard Duszak from Emory University.  Discuss
12345next »
Scientific & Educational Presentations
Molecular Imaging Preview

November 12, 2015 -- This molecular imaging installment of the Road to RSNA 2015 previews a host of novel papers that use PET alone, PET/CT, and the pairing of PET and MRI to advance diagnostic imaging in the clinical setting. Presentations will feature their role in imaging Alzheimer's disease, a variety of oncologic applications, and more.
Women's Imaging Preview

November 11, 2015 -- Women's imaging is a crucial part of healthcare around the world, and it is particularly unique because it makes use of such a variety of modalities. This fact will be obvious to RSNA 2015 attendees, as researchers discuss topics ranging from ways to use abbreviated MR protocols in high-risk screening programs to using dedicated breast CT for imaging microcalcifications.
Advanced Visualization Preview

November 10, 2015 -- RSNA 2015 is the culmination of a year of progress in advanced visualization, 3D, and computer-aided detection (CAD) technologies that shine a light on tasks that radiologists can now perform better, faster, and often more cheaply. Other hot topics at this year's conference include texture analysis, CT colonography, and 3D printing.
Healthcare IT Preview

November 9, 2015 -- Our next destination on the Road to RSNA is a stop in healthcare IT for a preview of this year's presentations on reporting, critical results management, speech recognition, and radiation dose monitoring software, which is a particularly hot topic. Other presentations will explore the adoption of clinical decision support software and how HIT is being used to enhance radiologist education.
MRI Preview

November 5, 2015 -- This installment of the Road to RSNA 2015 offers a preview to a plethora of studies that use different MRI techniques, as well as pair the modality with PET to further expand the technology's influence. Scientific papers scheduled for presentation in Chicago include studies on diffusion-weighted MRI to assess kidney disease, diffusion-tensor MRI for concussions, PET/MRI for breast cancer and other oncological applications, and many more topics.
Ultrasound Preview

November 4, 2015 -- At this year's RSNA 2015 meeting, a key theme for ultrasound is using the modality either in combination with other types of imaging or on its own to diagnose disease, predict its extent, or track treatment. Researchers will also address the use of elastography, ultrasound for gynecologic and breast applications, and other hot topics.
CT Preview

November 3, 2015 -- As RSNA 2015 turns a sprightly 101 this year, CT continues to pull tricks out of what always seems like its bottomless hat. In 2015, the all-purpose modality is doing its old tricks better than ever, and it's pulling off some new ones that hadn't seen much play before. Highlights this year include x-ray phase-contrast CT, an investigational photon-counting CT scanner, lung cancer screening, and new and improved iterative reconstruction techniques.
Imaging Informatics Preview

November 2, 2015 -- Welcome to the first installment of this year's Road to RSNA preview of the RSNA 2015 conference in Chicago. For the seventh year in a row, we're providing a modality-by-modality overview of the most important scientific sessions to serve as your guide to events at McCormick Place. Our journey along the Road to RSNA begins with our preview of Imaging Informatics, and specifically PACS, analytics, mobile devices, and image sharing.
RSNA 2015 Gallery