VIENNA - Philips Healthcare has signed a deal with women's imaging firm Hologic concerning the distribution and sale of mammography equipment. The deal helps Philips shore up one of the weaker areas of its product lineup, while giving Hologic a relationship with a multimodality vendor.

In the deal announced in the middle of ECR 2018 this week, Philips and Hologic revealed that they would be partnering in women's imaging, with Philips offering products from Hologic's breast health portfolio as part of multimodality deals with hospitals. The agreement includes Hologic's flagship 3Dimensions digital breast tomosynthesis system.

Under the terms of the agreement, Philips will bring in Hologic sales specialists when working with prospective customers on multimodality capital equipment deals. Previously, each company would have to approach such deals working on its own.

Philips is one of the top four vendors in big-iron categories like MRI, CT, and molecular imaging, but the company's progress in mammography has been in fits and starts. The firm acquired a mammography system -- MicroDose Mammography -- with its purchase in 2011 of the breast imaging business of Sectra. But the company hasn't aggressively pushed that system in recent years.

Meanwhile, Hologic is perhaps the leading mammography vendor worldwide, but it could derive benefits from a partnership with a company like Philips that is negotiating bundled equipment deals with large hospitals and healthcare networks that might prefer dealing with a single supplier.

There are also deeper ties between the two companies. Robert Cascella, CEO of Philips' Diagnosis and Treatment businesses, was chief executive at Hologic for 10 years until 2013; he then joined Philips in 2015.

The agreement is a multiyear nonexclusive global partnership that can be customized based on different regions. Financial details of the deal were not disclosed.

Philips launches new 3T MRI scanner at ECR 2018
A new 3-tesla MRI scanner called Ingenia Elition 3.0T by Philips Healthcare is among the new product introductions this week at ECR 2018 in Vienna. The... 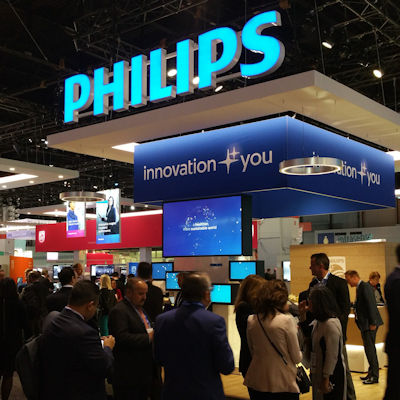 Philips launches operational IT application
Royal Philips has launched new network application management software for improving biomedical and IT department productivity.
Hologic inks DEXA agreement with U. of Minn.
Women's imaging firm Hologic has signed an agreement with the University of Minnesota to be the exclusive provider of dual-energy x-ray absorptiometry...
Hologic revenues climb in 1st quarter
Growth in its breast health business contributed to revenues that exceeded expectations for women's imaging firm Hologic in its first quarter of fiscal...