Today's eagerly awaited session on breast cancer screening has the potential to be the most controversial at ECR 2015, because it includes the perspectives of not only screening advocates but also dissenters in the same physical space. Specifically, researchers will debate hot topics such as the Canadian National Breast Screening Study, followed by a period of questions and answers.

Dr. Alfonso Frigerio, from the Senologia di Screening at AOU Città della Salute e della Scienza in Turin, Italy, plans to go over point by point the weaknesses of the antiscreening publications. Several authors have repeatedly challenged mammography screening for the insufficient quality of evidence provided by the clinical trials, focusing on what they claim to be screening's negligible effect on breast cancer mortality and on all-cause mortality, as well as conspicuous overdiagnosis.

"All the above charges have been convincingly proved to be flawed and/or unfounded," he noted. "A point will be made for the need to base any conclusions on evidence of the utmost quality, i.e., either from the 'historical' well-conducted and independently reviewed randomized trials, or from newer high-quality studies based on individual patient data and very long follow-up periods." 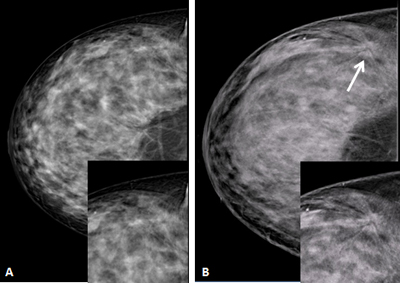 Frigerio aims to confirm that mammography screening is an effective and efficient health intervention that may reduce breast cancer mortality in excess of 40% in those attending -- at a cost-effectiveness ratio competitive with other medical interventions. More important than denigrating antimammography screening studies, however, is to reinforce the wealth of available data and the scientific strength of the studies that do show significant benefits of mammography screening programs, he told ECR Today.

"I wish to help radiologists recognize the key points that make a publication concerning breast cancer screening really meaningful and reliable," he stated. "I, thus, look forward to enhancing the awareness of breast cancer screening being not only an effective procedure, more than that, breast screening should stand out among the major achievements in modern oncology and one where radiology played a pivotal role."

Not everyone views mammography screening so favourably, however. According to Dr. Anthony Miller, professor emeritus from the Dalla Lana School of Public Health at the University of Toronto in Canada, "The mere detection of cancer by mammography does not equate with benefit; there is a category of invasive cancers that would never have presented in the woman's lifetime, so their detection and subsequent treatment causes the woman harm."

He goes on to point out that no mammography screening benefit was found in the Canadian National Breast Screening Study, and the detriments far outweigh any advantages.

"We estimated that 50% of the impalpable invasive cancers detected by mammography were overdiagnosed, 72% if in situ cancers are included," he pointed out. "We were accused of falsifying randomisation so that women with advanced cancer were included in the mammography arm, and using poor mammography. However, the groups were well balanced in breast cancer risk factors, equal numbers of women with palpable abnormalities in the two arms were referred for review, and our cancer detection rates were as good or better than the trials performed in Sweden, where adjuvant treatment for breast cancer was not available."

Also, the population studies performed since the trials have in general failed to show an effect of mammography screening on the incidence of advanced breast cancer and breast cancer mortality, according to Miller.

"They cannot avoid the biases associated with such studies and they have not been able to control for improved treatment," he explained. "Thus, the rationale for screening by mammography should be reassessed. However, education, early diagnosis, and excellent clinical care should continue to ensure that as many breast cancers as possible are diagnosed at a small and treatable stage."

"We know that screening mammography saves lives," they wrote in a joint email response to ECR Today. "The relative weight of the contribution of better therapies versus earlier diagnosis from screening mammography is difficult to measure directly but has been estimated using modeling: Better therapies and earlier diagnosis more or less equally contribute to the reduction in mortality we have seen in the past two decades."

However, the overall reduction in mortality should be evaluated also in relation to overdiagnosis and other harms from screening, they added. Generally speaking, screening mammography reduces breast cancer mortality of the invited women by about 20% to 25%, whereas observational studies from service/program screening show that the mortality reduction for those women who actually attend screening is higher, around 40% or more.

"Women should be carefully informed about screening mammography, its potential advantages (reduced mortality) and disadvantages, including false-positive recalls and overdiagnosis," they continued. "It is ethical that they be allowed and supported to make an informed choice: attending or not attending the screening program. However, consideration of stopping population screening has substantial ethical implications, including, but not limited to, that for many women there will be loss of access to screening and a denied opportunity for potential benefit. To probe this further, the views of women and ethics experts should be sought."

If screening was stopped altogether, they suspect other negative consequences would arise, such as a potential shift of mammography screening to private clinics and radiology practices, where screening quality assurance may be less rigorous than current program-based screening. There is also the possibility there would be an increase in more advanced cases or delayed cases of breast cancer diagnosis.

In the end, a breast cancer screening controversy shouldn't exist, and perhaps a solution to the predicament is something new altogether, according to Frigerio.

"We need more awareness of the sound data on the part of the professionals and a more balanced coverage of this subject from the media and the medical journals alike. Mammography screening is far from being the perfect procedure, and we should commit our scientific stamina to develop better screening strategies that may incorporate new screening techniques, modalities, and protocols, which, however, need to be thoroughly validated within meticulous research settings," he concluded. 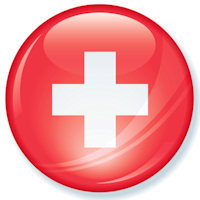 Swiss board repeats call to abolish breast screening
Breast cancer screening programs in Switzerland should be wound down, as screening does not clearly produce more benefits than harms, according to an...

Annals opinions: Reboot needed on breast screening debate
It's time for both sides of the mammography screening debate to drop the same old arguments and start thinking about the problem of breast cancer in new... 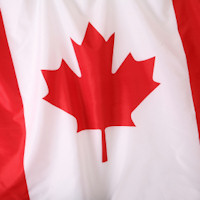