VIENNA - The Austrian Roentgen Society (Österreichische Röntgengesellschaft -- ÖRG) can look back to a highly successful year with various positive developments.

The most important initiative with regard to radiology in Austria in the last year, however, was the planning and launch of the Austrian Breast Cancer Early Detection Programme. At first intended to begin on 1 April 2013, the program began on 1 January 2014.

Prior to 1 January 2014, breast cancer screening in Austria was performed opportunistically, meaning that women could have a screening examination if referred by a general practitioner or gynecologist. Several pilot projects in various regions of Austria, from 2006 onward, paved the way for today's organized population-based breast cancer screening. 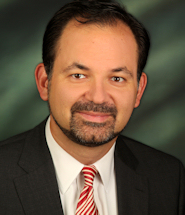 Dr. Michael Fuchsjäger from the Medical University of Graz in Austria.

Currently, the Austrian Breast Cancer Early Detection Programme invites all women between the age of 45 and 69 for a mammography examination every 24 months. Women ages 40 to 44 and 70 to 74 also can opt into the program. Like in Germany, screening examinations are primarily conducted in radiology practices and institutes rather than in hospital departments.

The Austrian Breast Cancer Early Detection Programme was highly anticipated as various improvements have come with it. Quality-wise, the highest standards have been set with regard to the qualifications of participating individuals, as well as centers.

Participating centers have to meet the following standards: Only digital mammography equipment is allowed, and annual quality checks by a medical physicist from the reference center for technical quality assurance have to be passed. Mammographers have to attend a two-day course, while radiologists have to complete a three-day course and pass a case-based examination to be awarded the certificate of the Austrian Medical Association for Breast Imaging, which qualifies them as examiners in the program. Each radiologist has to report a minimum of 2,000 examinations per year and have a minimum of 24 continuing medical education (CME) hours in senology/breast imaging every 36 months to maintain their qualification.

Independent double reading with consensus conferences, if necessary, is the defined standard of the Austrian Breast Cancer Early Detection Programme. In contrast to other breast cancer screening programs around the world, breast ultrasound is an integral part of the screening and will be conducted by a radiologist in women with breast densities in groups 3 or 4 (according to ACR BI-RADS criteria) or a suspicious finding in mammography. The final result, together with the BI-RADS management recommendation, will be based on mammography and ultrasound findings.

If a patient is recalled, diagnostic and invasive assessment will be performed in certified assessment centers, which follow the requirements as set forth by the European Commission in the "European Guidelines for Quality Assurance in Breast Cancer Screening and Diagnosis" (Perry et al, 2006).

We hope to be able to report the first results from the Austrian Breast Cancer Early Detection Programme next year in ECR Today. These results are indeed highly awaited across Europe due to the specific outline of our program with the mandatory performance of breast ultrasound in mammographically dense breasts.

Since Dr. Tom Kolb's publication in Radiology in 2002, we know from breast imaging literature that the decrease of mammographic sensitivity in dense breasts can be compensated for by adding breast ultrasound (Radiology, October 2002, Vol. 225:1, pp. 165-175). However, this has never been tested in a national population-based screening program. Automated breast ultrasound would also be the perfect tool to be applied within the Austrian Breast Cancer Early Detection Programme. A scientific evaluation of this method, which showed its strengths during initial studies in the screening population, would also fit almost perfectly within a breast cancer screening program like the one we have in Austria. So you can expect a lot of news from Austria at ECR 2015.

Dr. Michael Fuchsjäger is a professor of radiology and the head of the department of general radiology at the Medical University of Graz in Austria.