May 23, 2014 -- A group of radiologists in New York took it upon themselves to clear up confusion about cancer screening tests, holding a series of educational presentations before small lay-public audiences. They found the talks to be well-received, according to results published online in the Journal of the American College of Radiology.

Screening exams are important for a number of cancers. Often, though, patients are unclear about the importance of these exams and whether they're safe, especially in the wake of conflicting studies such as in the recent mammography controversy. This is why education about screening studies has the potential to improve patients' understanding of the tests.

"There's a need for this kind of public education about common screening exams," lead author Dr. Andrew Rosenkrantz of NYU Langone Medical Center told AuntMinnie.com. "People don't always have good information, and they have questions. Radiologists can fill the gap."

Rosenkrantz and Dr. Jiyon Lee and colleagues conducted one-hour educational sessions to small lay-public audiences covering breast, prostate, and lung cancer screening, with a focus on key radiologic screening tests, according to Lee. After the sessions, participants completed a survey about their levels of satisfaction and the perceived impact of the sessions on knowledge of the diseases and relevant screening tests (JACR, May 7, 2014). 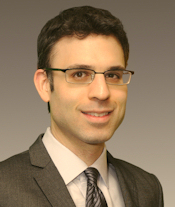 "Lung, breast, and prostate cancer are the top three cancers in the U.S.," Lee told AuntMinnie.com. "And imaging is central for the diagnoses for all three, especially when the diagnoses are early. We took the patient education skills we already have and used them to reach out to the general public -- people who may or may not ever become patients -- to give them enough practical and functional understanding to make sense of why and for whom the tests matter, to filter the confusing messages generated from the media and the literature, and to appreciate the role of radiologists and radiology in the midst of all of that."

In total, 119 participants attended 144 sessions, with 80 sessions devoted to breast cancer, 40 sessions to prostate cancer, and 24 to lung cancer. There was a median of 12 participants per session; 73 of the participants had a college diploma, a master's degree, or a doctorate. Participants were invited through medical center brochures, conventional mail, email, or the medical center's website for sessions that were held at the hospital; via flyers for sessions at the local public library; and by email for sessions held as corporate events, Rosenkrantz's team wrote.

The educational sessions included a lecture followed by a question-and-answer period. They incorporated slides with visual schematics to explain disease background; current guidelines on screening and their rationale; areas of controversy, such as overtreatment; and key radiologic screening tests. The sessions also included information about patient experience during the tests and possible follow-up strategies.

These radiologist-led direct public education sessions about imaging-based cancer screening examinations yielded high levels of participant satisfaction, and they added value to the public's understanding of the role of radiology and radiologists -- something radiology practices could consider, according to Rosenkrantz.

"Radiologists are looking for other ways to care for patients, in addition to reading films," he told AuntMinnie.com. "We hope our experience will encourage our colleagues to try something like this."

These topics of breast, lung, and prostate cancer screening exams are particularly fitting as radiology and radiologists occupy important roles in screening and early detection, Rosenkrantz and colleagues noted.

"[Our] roles include our primary task of image interpretation and the secondary but also important roles in advising management of imaging findings in consultation with referring clinicians and often patients themselves," the team wrote.

Radiologists in the community need to create opportunities to share what they know because when it's done well, it will help reduce confusion and save lives, Lee said.