August 25, 2022 -- In a move that could radically change the academic publishing industry, the Biden administration on August 25 issued a rule that any research funded by U.S. taxpayers must be made open access and available to the public at no cost.

The rule was issued as part of a memorandum that provides guidance to federal departments and agencies by the White House Office of Science and Technology policy (OSTP). The memo was signed by Alondra Nelson, PhD, deputy assistant to the president and deputy director for science and society.

The memo states that, no later than December 31, 2025, federal agencies will be required to update their public-access policies to "make publications and their supporting data resulting from federally funded research publicly accessible without an embargo on their free and public release."

The memo also requires that agencies establish procedures to ensure that scientific and research integrity is maintained regarding policies on public access and that they coordinate with the OSTP to ensure the equitable delivery of research results and data that were produced with federal funding.

The move addresses growing concerns about the role of public funding in the academic publishing industry. Historically, research that's funded by federal agencies often is published in academic journals owned by privately held publishing companies. Copyright to the work passes to the publishing firms, making it more difficult or expensive for taxpayers who paid for the research to access it.

This system has raised the ire of many proponents of open-access publishing. Joe Biden himself has raised issues about the arrangement, such as in comments he made to the American Association for Cancer Research in 2016 that questioned whether the current system is the most efficient way to advance cancer research.

"The taxpayers fund $5 billion a year in cancer research every year, but once it's published, nearly all of that taxpayer-funded research sits behind walls," Biden said at the time. "Tell me how this is moving the process along more rapidly."

In her memo to government agencies, Nelson said the long phase-in period for the new policy -- which gives agencies until the start of 2026 -- is designed to give federal agencies, researchers, academic publishers, and scholarly societies time to adjust to the new policy. 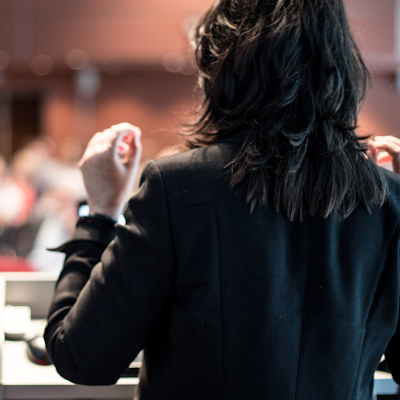 7 ways to communicate your research to a wider audience
You've just wrapped up the perfect research study. But how can you let the wider world know about your discovery? Disseminating research to a broader...
Copyright © 2022 AuntMinnie.com