June 6, 2022 -- Could hackers use brain PET scans to recognize patient faces? Unexpectedly, yes, and at rates high enough to warrant "de-facing" research PET images before sharing data, according to a study published June 3 in NeuroImage.

Perhaps due to the belief that brain PET images typically lack sufficient resolution and field of view (FOV) for face reconstruction, no studies on whether brain PET images can be used to identify patient faces have been conducted, the authors wrote.

Moreover, in the past few years, face recognition software has significantly improved, and so have PET/CT scanners, with higher signal-to-noise ratios seen in new scanners perhaps representing a game changer, the researchers hypothesized.

The researchers recruited 167 volunteers who had previously undergone Pittsburgh compound B (PiB) PET, amyloid PET, and tau PET imaging, and 129 who had previously undergone FDG-PET, all using either Discovery 690 XT or Discovery MI scanners (GE Healthcare). The authors referred to these scanners as "older," as representing the generation of clinical PET/CT currently most prevalent in imaging research datasets.

A small fraction of these participants (14 with FDG, 20 with PiB, and 19 with tau PET) were also scanned at later visits with a newer Biograph Vision 600 PET/CT scanner (Siemens Healthineers).

The researchers photographed each participant's face under indoor lighting conditions using standard iPads. For the PET images, they used both "advanced" face reconstruction methods (which replaced missing noses and mouths typically outside the FOV) and "standard" reconstructions that used only the imaged FOV. 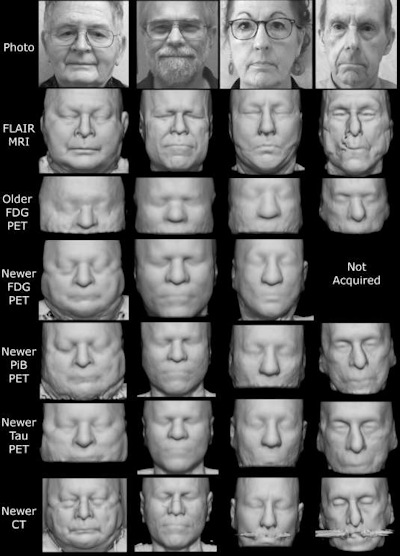 Example face reconstructions from PET and CT, for visual comparison with photographs and MRI. PET scans from the newer model of clinical PET/CT scanner showed many identifiable features, across all tracers. CT scans (from PET/CT) were also highly identifiable despite some dental artifacts and face mask nose bridges. PET from older-generation scanners had lower quality and a smaller field of view but retained some identifiable features. These participants specifically consented to allow publication of their photographs and face reconstructions. Note that although positioning and head restraints in the scanner distort the lower face in the facial reconstructions, the brow ridge, which is a dominant feature in facial recognition, is minimally affected. Image courtesy of NeuroImage.

Aside from their use in on-scanner attenuation correction, CT scans were not used when testing face recognition from the PET images, the authors noted.

In attempts to match participant face photos with their face reconstructions, the face recognition software achieved the highest match rate with FDG-PET images at 42%, followed by a rate of 35% for tau PET, and 32% for both PiB-PET and amyloid-PET images.

Importantly, the group went a step further and updated a version of deidentification software (mri_reface, available for free at nitrc.org/projects/mri reface) they developed to replace face imagery in PET. After a rerun, the face recognition software's performance rates for matching the photos to the PET image reconstructions dropped to between 0% to 4%.

Ultimately, the study is the first to demonstrate that deidentified research PET images may be reidentifiable via face recognition, the researchers stated.

While the rates were lower than published findings for MRI (97%-98%) and CT (78%), they were high enough to suggest that research studies should consider using facial deidentification software on PET images in addition to CT and structural MRI, they wrote. 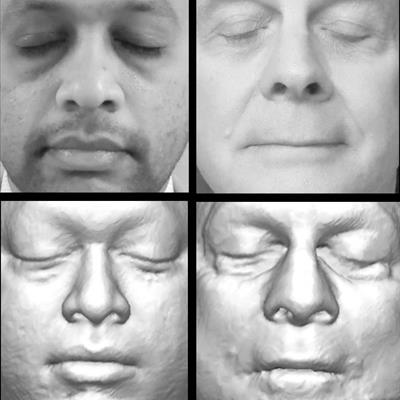 Software reveals patient identities using MRI data
Researchers from the Mayo Clinic are sounding the alarm after discovering that facial recognition software could be used to analyze MRI brain scans and... 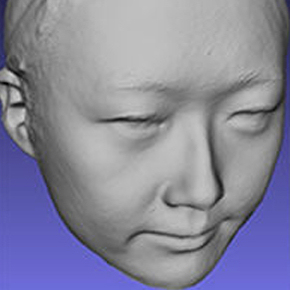 Forum Comments
2 comments so far ...
6/6/2022 9:20:21 AM
mikej
In reality, if a hacker is going to "steal" you PET scans and then reconstruct them to obtain your face.  You are in more serious trouble and they already have all of your information for your back, credit cards, etc... If you really think about it.

6/6/2022 2:02:29 PM
Mrdrsrow08
This seems like an extraordinary effort for a hacker to attempt. More of a warning to radiology groups to protect their data as they would be liable. Seems like it would be a lot easier for them to just get the scan of the patients ID card.