January 14, 2019 -- Elevated levels of background parenchymal enhancement (BPE) on breast MRI increase a woman's risk of developing invasive breast cancer -- even more than breast tissue density does, according to a study published online January 9 in the Journal of Clinical Oncology.

Furthermore, the combination of elevated BPE and dense breast tissue increases a woman's overall risk for breast cancer more than either factor on its own, wrote a team led by Dr. Vignesh Arasu of Kaiser Permanente Medical Center in Vallejo, CA.

Arasu and colleagues evaluated the association of breast MRI background parenchymal enhancement and breast density with subsequent breast cancer risk through a study that included 4,247 women undergoing breast MRI in facilities participating in the Breast Cancer Surveillance Consortium (BCSC) from 2005 to 2015.

The women's BPE was assessed at the time of interpretation of the breast MRI exam. The team used mammography results performed within five years of the MRI scans to assess the women's breast tissue density and risk factors. The group estimated hazard ratios for breast cancer using a BCSC model.

The team found that increasing BPE levels were associated with significantly increased cancer risk, as was tissue density.

"Women with a higher BPE and a high BCSC five-year risk score of 1.67% or greater had a fourfold increased risk [of breast cancer] compared with women with minimal BPE and a low risk score," Arasu and colleagues noted.

"BPE should be considered for incorporation into risk prediction models for women undergoing MRI," the group wrote. 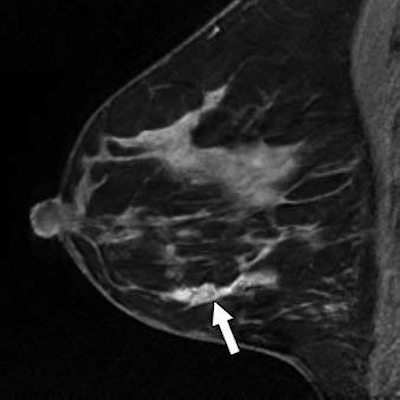 Breast MRI effective for postpartum breast cancer
Using MRI on women with breast cancer within one year of their giving birth can achieve sensitivity of almost 100% for detecting tumors and change surgical... 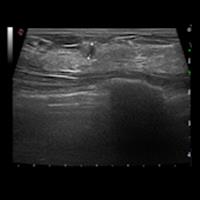 The 'ins and outs' of imaging dense breasts
In women with dense breasts, mammography's sensitivity can be as low as 60%. In other words, up to 60% of breast cancers can be misdiagnosed in these... 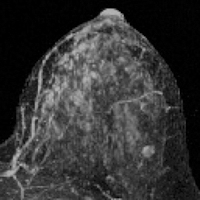