October 16, 2018 -- Researchers from China used augmented reality technology to visualize brain CT scans directly on the head of a patient for a neurosurgical procedure -- markedly improving the procedure's accuracy compared with standard methods, according to an article published online October 16 in the Journal of Neurosurgery.

The researchers, led by first author Dr. Ye Li, PhD, from Xuanwu Hospital in Beijing, found that a neurosurgeon who used their augmented reality technique instead of the traditional freehand method was able to conduct external ventricular drain insertion in half the number of attempts. What's more, the new technique led to statistically significant decreases in deviation for catheter placement (J Neurosurg, October 16, 2018).

"To the best of our knowledge, this is the first positive experience with the use of such a new state-of-art technique to assist neurosurgeons in bedside external ventricular drain insertion. ... In addition to the function of navigation, the application of this technique would change the neurosurgical way of 'seeing is believing,' making the important structures visible around the lesion," said co-author Dr. Ning Wang in a statement. "Therefore, this will make surgery more minimally invasive and safe." 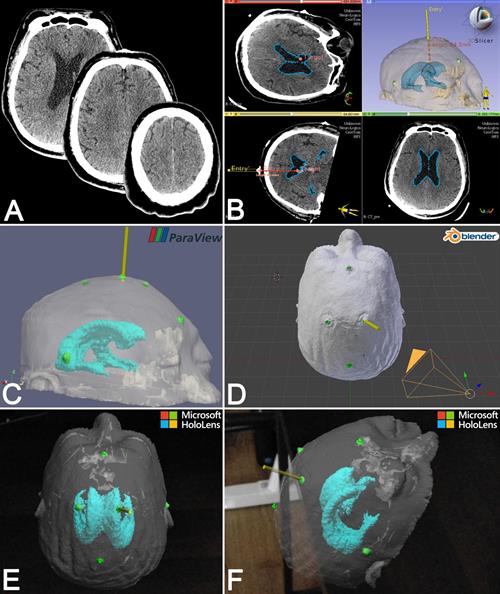 External ventricular drain insertion involves draining blood or cerebrospinal fluid from the ventricles of the brain to lower intracranial pressure.

Despite being a relatively straightforward task, surgeons who use the conventional method for catheter insertion have consistently reported low accuracy rates of roughly 50%, according to the authors. Surgeons often have to pass the catheter through the brain two or more times before finally setting it into the correct position. These repeated attempts increase the risk of complications such as hemorrhage or infection.

The primary issue with the traditional freehand technique is that it relies on the surgeon's knowledge of brain anatomy and surrounding landmarks instead of on real-time visualization, they noted. Though there are a number of image-guided alternatives for the procedure, physicians rarely use them due to the high cost and large size of the devices required, and also because their use would require patient transfer to an operating room.

To improve upon external ventricular drain insertion, Li and colleagues turned to a type of augmented reality technology known as mixed reality. With the aid of a mixed reality headset (HoloLens, Microsoft), clinicians were able to rely on holographic image guidance to perform the catheter insertion directly at the bedside of 15 patients.

All patients were scheduled to undergo ventricular drain insertion at their institution between August and November 2017. Before the procedure, the clinicians acquired brain CT scans of the patients, converted the scans into 3D virtual models, and processed the models so they would be compatible with the mixed-reality device.

Wearing the HoloLens headset, a neurosurgeon was able to superimpose holograms of a patient's brain onto a set of registration markers that were attached to the patient's actual head. In effect, the neurosurgeon could observe the trajectory of the catheter as he navigated it toward its appropriate position inside the ventricle.

Using the mixed-reality device created the impression that the neurosurgeon was looking at the patient's brain structures throughout the procedure, making the entire process more intuitive, the authors noted.

On average, the neurosurgeon completed the catheter insertion on 1.07 attempts using mixed reality, compared with 2.33 attempts using the traditional technique (p < 0.01). Mixed reality not only roughly halved the average number of attempts required for the procedure but also increased the accuracy of catheter positioning by a statistically significant degree: The mean target deviation was 4.34 mm with mixed reality versus 11.26 mm with the traditional technique (p < 0.01).

The researchers confirmed the safety of both techniques by evaluating postoperative CT scans, which revealed no adverse events in any of the patients.

A major drawback of the mixed-reality method, however, is the additional processing time it requires. It took the investigators an average of 40.2 minutes to set up holographic image guidance before the neurosurgeon could start the procedure, though the authors argued that this timing should decrease with more experience. To that end, they are seeking an algorithm capable of automating image registration -- the most time-consuming step of the process.

Another potential limitation of the technique is the uncertainty that physicians may feel when integrating mixed reality and other complex technology into the clinical setting. At the same time, they believe that these concerns will diminish over time with the continued application of advanced technology in medicine.

"With further improvement in accuracy and simplicity, this wearable mixed-reality holographic computer could also serve as a portable and low-cost navigational device for multiple neurosurgical fields in the future," Wang said. 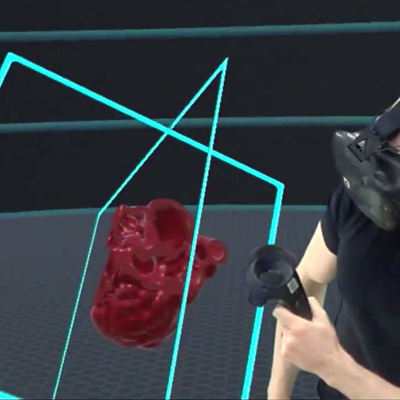 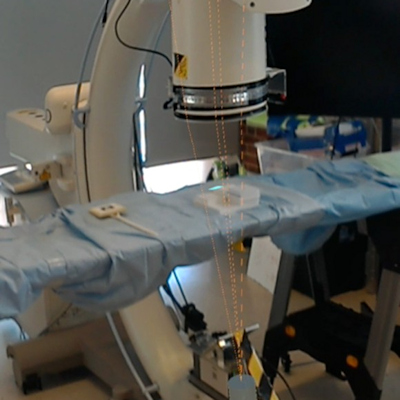 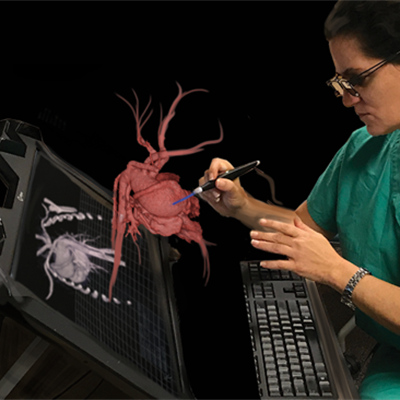