August 24, 2017 -- Agfa-Gevaert said it is considering separating Agfa HealthCare's healthcare IT activities into a standalone business. The company also reported that revenues and earnings dipped for Agfa HealthCare in its second quarter.

The board of directors of Agfa-Gevaert has asked the company's management to study how to organize the healthcare IT business into a standalone legal entity structure and organization within the Agfa-Gevaert Group. The move would be a natural progression in the continued transformation of the Agfa-Gevaert Group, and it would enable the healthcare IT business to increase its focus on its current markets, according to the vendor. Agfa's imaging IT portfolio would also be shifted over to the new company.

Agfa HealthCare's imaging business -- including computed radiography and digital radiography (DR) products, x-ray film, and hardcopy film and printers -- would remain part of the Agfa-Gevaert Group, however. The company believes that business, along with Agfa Graphics and Agfa Specialty Products, would also be better positioned to pursue growth, profitability, and new opportunities as a result of the change.

Agfa noted that DR products performed well, and its Healthcare Information Solutions business produced growth in both revenue and order bookings. While its Imaging IT offerings experienced a temporary slowdown, the continuous strong order bookings for its Enterprise Imaging platform ensure future revenue growth, according to the vendor. Agfa said it is increasing investments in its service organizations due to the success of the Enterprise Imaging platform.

On the downside, Agfa's reorganization of the distribution channels in China continued to weigh on the hard-copy business, which performed well in the other growth markets, according to the company. The effect of the reorganization should start to abate in 2018, Agfa said.

If you like this content, please share it with a colleague!
Related Reading
FDA clears Agfa's Xero viewer for more applications
Agfa HealthCare has received U.S. Food and Drug Administration (FDA) 510(k) clearance for new 3D processing and clinical applications on its universal... 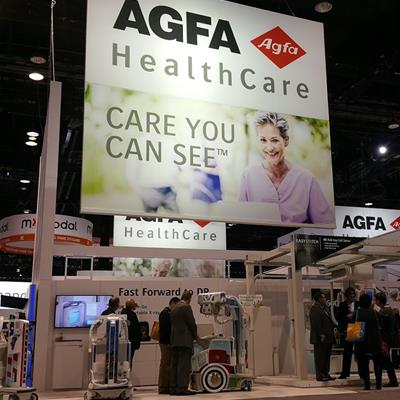