September 19, 2016 -- It's not every day that a new radiology residency program starts up in the U.S. In fact, you're excused if you can't name the last time it happened. But the stars are aligning in western New York, where the local healthcare community is coming to together to start training future radiologists again at the University at Buffalo. 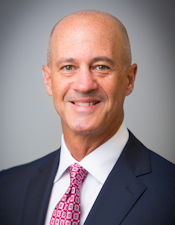 Dr. Kenneth Pearsen, chair of the radiology department at the University at Buffalo Jacobs School of Medicine and Biomedical Sciences.

On September 9, the university announced that it was restarting its radiology residency program at the Jacobs School of Medicine and Biomedical Sciences. The program had closed more than 10 years ago after operating under an accreditation cloud for several years.

And in an intriguing twist, the university disclosed that the program would be staffed and led by radiologists from a local radiology group, Great Lakes Medical Imaging, which agreed to step in and help fill out the ranks of academic faculty.

"I don't think there is a better example of how a community comes together to fill a need," said Dr. Kenneth Pearsen, president of Great Lakes Medical Imaging and chair of the new radiology department. "There was a huge need for radiology residency education in this community that had to be filled, and we got it done."

The university's radiology program hit rock bottom in 2006, when the school voluntarily withdrew from the accreditation program maintained by the Accreditation Council for Graduate Medical Education (ACGME), which is required for all U.S. residency programs. That move capped years of decline at the program, which suffered from a lack of resources, funding, and qualified faculty.

Great Lakes Medical Imaging had been brought in two years before the program shut down, first to read film and then to help teach residents at the program, Pearsen said. For the next two years, seven out of eight residents passed their boards, but university officials went ahead with plans to shut the program down in 2006.

Although the program was moribund, there was talk of reviving it some day. There was still an acute need for radiology residency education in western New York; other medical residency departments at the university needed to offer their residents instruction in radiology, for example. While informal talks were held, nothing concrete came of it, Pearsen said.

Momentum began to build in 2011, as western New York saw major changes in how healthcare delivery was set up in the region. At least one hospital was shut down, and two of the area's major healthcare providers -- Kaleida Health and Erie County Medical Center -- were nudged into a partnership called Great Lakes Health System, designed to deliver a more integrated healthcare network. The partnership also includes the University at Buffalo. 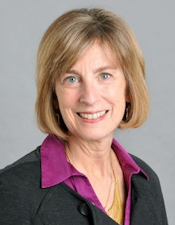 The university also still had an urgent need for radiologist training, according to Dr. Roseanne Berger, senior associate dean for graduate medical education at the university. After the program's shutdown, the university had retained three academic radiologists and two medical physicists who participated in training medical residents in other programs in imaging, but there are major advantages to providing a radiology residency program on its own, she said.

"Radiology and imaging in general is an important part of the practice of medicine in multiple specialties," Berger told AuntMinnie.com. "We train residents in 63 different specialties. I think their training would be enhanced by the availability of academic radiologists who would not only teach residents in radiology but also residents in other specialties that use imaging."

For example, the Buffalo area has become a center of excellence in endovascular neurosurgery, but the university can't offer fellowship training programs in the discipline without a radiology residency program. Radiology in the area is the missing leg in a troika that includes neurology and neurosurgery; once it is in place, the university will be able to apply for ACGME accreditation of an endovascular surgery program, Berger said.

Starting with a blank slate

With the stars beginning to align, the university again approached Great Lakes Medical Imaging about reviving the radiology program, with Pearsen at its helm and the group's radiologists serving as faculty. This time, the group picked up the task, after receiving assurances by the university that they could maintain much of their independence.

"We were taking a large private group and adapting it to a university practice plan," Pearsen told AuntMinnie.com. "Members of our group had a vested interest in making sure they weren't going to be swallowed up by the university. They wanted the efficiency of a private practice while providing the research, education, and teaching that the university needed."

Great Lakes Medical Imaging has begun working with the University at Buffalo to build a new program from the ground up in collaboration with all the stakeholders in the region, a list that includes Kaleida Health and Great Lakes Health. The opportunity to start a new program from scratch is invigorating, Pearsen believes.

"Rather than everyone sticking to a decades-old template, everyone sat in a room with a blank slate and said, 'OK, how do we do this?' " Pearsen said.

In addition to faculty provided by Great Lakes Medical Imaging's roster of 35 radiologists, the University at Buffalo has committed to provide eight to nine staff members at the assistant or associate professor level whose positions are funded by the state. Funds will also be provided for research, Pearsen said.

The new program will also receive dedicated space, an entire area of Buffalo General Medical Center that will accommodate 16 residents and 10 new staff members, as well as associated medical library, lounges, and call room necessary for a vibrant residency program, according to Pearsen.

Pearsen credits the administration of the University at Buffalo for crafting an arrangement that makes it desirable for radiologists from a private group to engage in teaching without experiencing onerous burdens.

"In the past, if you were volunteer faculty, you'd have to come in on your own and get nothing," he said. "The university is giving us value in return for the time we are devoting to teaching."

Pearsen, his colleagues, and the university are currently engaged in the nitty-gritty of setting up the new program, which includes finding instructors for all nine major areas of radiology, from bone imaging to neuroradiology. He believes that the program will be ready to apply for ACGME accreditation by the spring of 2017, have accreditation secured by that summer, and start interviewing medical students for the academic year that begins in July 2018.

The program will start with a class of four residents, adding another four each year to a full complement of 16.

The relaunch of the radiology residency at the University at Buffalo comes at a time when the job market for radiologists is showing signs of returning to health. This follows nearly a decade in which radiologist jobs were scarce, and when many industry observers felt that things would be improved if a few residency programs were shut down.

Pearsen believes that supply and demand for radiologist has always waxed and waned, but in the immediate future there will be demand. And long-term trends such as value-based care will only help.

"The future medical environment is going to move from fee for service to managed care. There will be a lot fewer specialties competing in the imaging space, and we are already seeing that," he said. "People will be quite content to let radiology handle imaging in that environment, and we see the demand for imaging growing."