July 21, 2016 -- Advanced visualization firm EchoPixel made a major step toward broader clinical acceptance of its True 3D Viewer advanced visualization tools this week. The company is getting ready to begin shipping a version of the holographic technology based on virtual reality (VR) displays and workstations from computer giant HP.

The HP Zvr display and HP's Z440 workstation have been customized to work with EchoPixel's technology, EchoPixel said. As a result, the True 3D Viewer is now available with the HP Zvr interactive virtual reality display in a combined platform that's been cleared by the U.S. Food and Drug Administration, EchoPixel said. The FDA required additional testing to sell the EchoPixel software as a bundle with HP's hardware, a process which is now complete. After finalizing internal protocols, the company said it will begin shipping by the end of July.

The HP/EchoPixel partnership will leverage EchoPixel's progress in studying new clinical applications at its beta test sites, along with HP's global relationships with medical institutions, to speed the adoption of virtual reality technology in medical imaging, according to the firms.

"It's a wonderful thing for a start-up like EchoPixel to have access to a company like Hewlett Packard," EchoPixel CEO Ron Schilling told AuntMinnie.com. "This is a very synergistic relationship in that HP is building a display business. Our software is one of the core offerings that would be used on one of those displays."

EchoPixel's True 3D software is designed to help doctors read medical images faster by creating holographic displays from CT and MRI data. The goal is to help doctors arrive at a diagnosis and assist in the planning of complex surgical procedures, EchoPixel said. 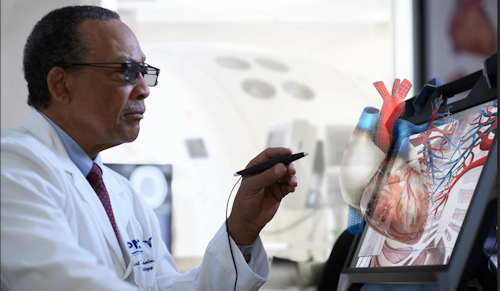 A coronary CT angiography study is reviewed on EchoPixel's cardiac software. All images courtesy of EchoPixel.

The HP partnership will leverage EchoPixel's progress in studying new clinical applications at several beta test sites, as well as medical institutions that have relationships with HP, to accelerate adoption of virtual reality technology in medicine, EchoPixel said.

"We are providing the software, and it's just a great marriage," Schilling told AuntMinnie.com. "They use the phrase 'blended reality," which they are using for a number of product areas. We use the phrase 'interactive virtual reality,' but the two are close enough."

As it happened, Schilling said, the whole thing started when an HP group in Norway encountered EchoPixel software running on a display from another manufacturer. The HP team was impressed enough to call EchoPixel's headquarters in Palo Alto, CA, in a bid to get the larger company involved.

"The next thing you know we had three executives from HP coming out, and they are now our partners together," Schilling said.

Along with platform development, the companies are working together to market the combined product. HP employs workstation specialists who are trained on EchoPixel software to work with its clients, Schilling said. When clients are interested in implementing virtual reality into their workflow, the workstation specialists can provide a basic demo of the EchoPixel software, or call in a larger team that includes a clinical specialist to meet with the client to find the best solution.

"It's that kind of working together that is so meaningful," Schilling said, especially considering HP's extensive ties to IT executives at large medical centers that EchoPixel, as a start-up, couldn't hope to have access to.

Launched in March 2015, EchoPixel's True 3D software is in operation at research sites such as the University of California, San Francisco; Stanford University in Stanford, CA; the Cleveland Clinic in Ohio; the Lahey Clinic in Massachusetts; and the Hershey Medical Center in Pennsylvania, the company said. New sites are continually coming on board.

In radiology, the company has focused on virtual colonoscopy, Schilling said, noting the company's close relationship with Dr. Judy Yee, chief of radiology at the San Francisco Veterans Affairs Medical Center, which is using EchoPixel's CT colonography software in a trial, Schilling said. The long-term effort turned out to be a good bet in June when the U.S. Preventive Services Task Force (USPSTF) finally approved CT colonography for colorectal cancer screening, paving the way for eventual Medicare reimbursement.

"Many times we questioned whether we should be doing this, questioning whether we would ever get reimbursement," Schilling said. "Well, it will." 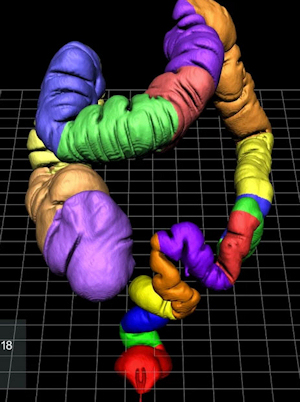 Along with CT colonography, EchoPixel is very involved in pediatric cardiology in cooperation with Stanford University, at its Lucile Packard Children's Hospital.

"The results have been outstanding and, because of that, we're now involved in a lot of other outstanding institutions that are doing that work as well -- like Toronto's SickKids [Hospital for Sick Children], which is a major institution for pediatric cardiology, and the Nicklaus Children's Hospital in Miami," he said.

"People are realizing that the complexity that they've had in the past of dealing with 2D images is something that can now be relieved by looking at a 3D volume dataset and working around it," Schilling said.

If you like this content, please share it with a colleague!
Related Reading
EchoPixel partners with HP on True 3D
EchoPixel is collaborating with HP on its True 3D virtual reality technology system. 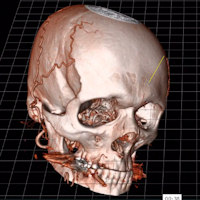