July 15, 2016 -- Compact MRI technology developer Aspect Imaging is known for its presence in the preclinical MRI sector, but the company is now looking to break new ground. The Israeli firm has unveiled a 1-tesla hand and wrist system, the first in a planned series of dedicated clinical offerings.

WristView, which has received the CE Mark in Europe and clearance from the U.S. Food and Drug Administration (FDA), is unique in that it emits no electromagnetic field and is cryogen-free, according to the vendor.

"There are no external magnetic fields and no [radiofrequency] shielding room," said company founder and CEO Uri Rapoport. "You sit on the chair; you put your hand in; you spend 5 to 15 minutes, depending on the scan; and you get 3D images of the hand from the carpal tunnel to the tip of your finger." 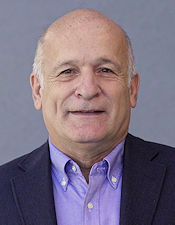 WristView can be installed in any room, because it doesn't require external shielding and there is no need for a cooling system, according to Aspect Imaging. The company designed its own spectrometer and gradient amplifier for the device, which it said produces minimal to no noise.

"What we envision is that you can go to a clinic for hand surgery, a carpal tunnel problem, or to measure bone growth for children [and] you don't have to be exposed to x-ray anymore," Rapoport told AuntMinnie.com. "You can sit with your hand inside the device and use a cellphone on the other hand."

The company plans to begin shipments of WristView this month and has already received nine orders. One of the orders came from a U.K. facility that specializes in hand surgery, according to the firm. In the U.S., the system is currently installed at six beta sites, Aspect Imaging said.

"If you come privately to us in a clinic, which we hope to open soon in the U.S., you will spend $90 to get the scan done in approximately 10 to 15 minutes," Rapoport said. "We can send the image over the internet to any radiologist or any doctor who wants to see the growth of bones in the hands of a child, for example." 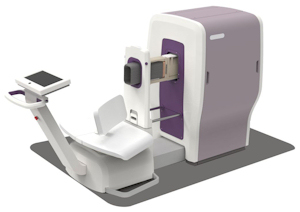 Rapoport sees fertile markets for WristView in the Far East and Europe, while the U.S. at least initially could be somewhat nebulous due to reimbursement rates.

"When you do the calculations, you have to run about five patients a day to pay for the system in about a year," he said. "Otherwise, it is not bad at all, but there is a mind-set [in the U.S.] that we need to teach and that takes time."

Aspect Imaging built its reputation in the preclinical MRI sector, where today it has more than 140 installations. While WristView marks Aspect Imaging's entry into the clinical MRI market, the firm also plans to add two more specialized, compact, 1-tesla MRI systems to its portfolio in the coming months.

Next up is Embrace, a system directed at newborns up to 4 kg in size who are in a neonatal intensive care unit. Currently pending FDA clearance, the system is configured like an adult-size MRI unit, only much smaller, according to the firm. It also features an integrated capsule that acts like an incubator for the newborn. The company expects to complete the first installation of Embrace this September in Israel.

Moving on to the emergency room (ER), Aspect Imaging is also developing a dedicated compact system for the head. Again, the company is extolling the absence of an electromagnet field from the device, which would allow the system to be placed in close proximity to other ER equipment.

"It is based on the same concept and would be installed in emergency rooms for head trauma or events of blood rupture or ischemia in the brain," Rapoport said. "When patients come to the ER, they don't have to wait in line for the MRI or be sent to a different building. It is done there on the same floor as the ER."

The system is designed for the patient to insert his or her head and shoulders into the magnet, which measures 51 x 51 x 51-inches. Aspect Imaging plans to demonstrate the first magnet by the end of this year.

To fuel its coming growth, Aspect Imaging recently added $20 million in its latest round of funding. The company has now raised a total of $120 million to develop its compact MRI technology.

"We understand the challenge in front of us," Rapoport said. "I learned in business school that if it takes you five years to develop it, it takes 10 years to penetrate the market. But we hope it will go faster, and we will take the steps to make it go faster. We believe [compact, 1-tesla MRI technology] is a game changer."

Forum Comments
1 comment so far ...
7/19/2016 1:23:49 PM
BESToRLLC
This is awesome news!!
Diagnostic Imaging without the use of Ionizing radiation.
The ONLY way we will ever conquer Cancer in our lifetime!