January 13, 2016 -- There is no need to use gadolinium-based contrast agents (GBCAs) with MRI scans to evaluate tumors in pediatric patients, since image quality is essentially the same with no contrast enhancement at all, according to a study published in the January issue of the Journal of Nuclear Medicine.

By avoiding the use of gadolinium contrast, these patients could have faster scan times and avoid the risk of nephrogenic systemic fibrosis or the potential threat of accumulating gadolinium chelate deposits in the brain.

And, if gadolinium contrast provides no additional useful information, its absence may help foster the introduction of new MRI contrast agents that aren't based on gadolinium, which could improve diagnostic accuracy over currently available exams, the researchers from Stanford University concluded (JNM, January 2016, Vol. 57:1, pp. 70-77). 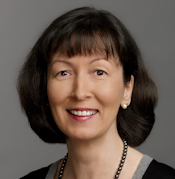 "Initially, we thought we would find some advantage to contrast-enhanced scans, but we didn't," said study co-author Dr. Heike Daldrup-Link, an associate professor at Stanford and pediatric radiologist at Lucile Packard Children's Hospital. "We found that the diagnostic accuracy was not significantly different from unenhanced sequences, if we look at MRI alone or PET/MRI studies."

The potential long-term effects of gadolinium-based contrast has been called into question recently due to studies that found gadolinium deposits in the brains of some patients years after they received contrast-enhanced MRI scans. The U.S. Food and Drug Administration (FDA) is investigating the possible safety risk.

"In the past, gadolinium chelates were very well-tolerated, so we didn't look closely at this problem with potential gadolinium deposition in the brain. I think many of us are looking at this now," Daldrup-Link told AuntMinnie.com. "While we are trying to generate better knowledge about the side effects of gadolinium chelates, it is helpful to go back and see whether we need these contrast agents."

The current study enrolled 66 boys and 53 girls with a mean age of 8.1 years (± 6.1 years). The children had benign and malignant tumors and underwent contrast-enhanced MRI between 2005 and 2013 and follow-up imaging for at least 12 months. The majority of cases (103 patients) involved primary tumors, followed by lymph node metastases, multiple bone metastases, and multiple liver metastases.

The researchers also created a subgroup of 36 patients who received FDG-PET scans within three weeks of an MRI and who did not receive treatment between the two imaging tests. This group included 14 male and 22 female patients, ranging in age from 1 to 24 years, with a mean age of 9.9 years. The subjects had 123 tumors confirmed by histopathology and follow-up imaging

FDG-PET/CT was performed on an integrated scanner (Biograph 16, Siemens Healthcare or Discovery VCT, GE) after six hours of fasting and 45 to 60 minutes after intravenous administration of FDG (7.77 MBq/kg of body weight). The patients also intravenously received a nonionic contrast agent (Omnipaque 240 or 300, GE) at a rate of 2-3 mL/sec, based on the manufacturer's recommendation for pediatric patients. Whole-body PET and low-dose diagnostic CT scanning time was approximately 25 to 45 minutes.

"We always try to find the simplest imaging test for our pediatric patients because imaging and any test is very stressful for them," Daldrup-Link said. "We also try to improve our imaging techniques and add new sequences, but we rarely pause and look back to check what we could take out in order to make our imaging tests simpler."

Three experienced radiologists independently and blindly reviewed the MR images and rated the results based on 14 diagnostic criteria, which included image quality on a four-point scale; primary lesion; tumor as solid, cystic, or both; tumor as homogeneous or inhomogeneous; the details of tumor margins; the presence or absence of necrosis; and final diagnosis.

There was also no significant difference between unenhanced MRI and enhanced MRI relative to accuracy of any diagnostic criterion. 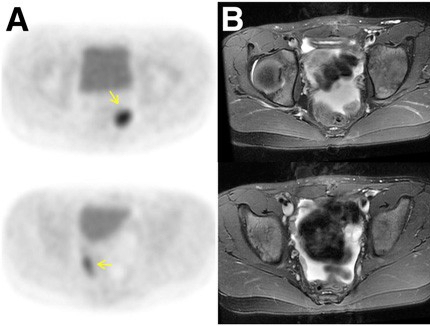 Agreement is achieved with FDG-PET avidity and gadolinium contrast enhancement in a 10-year-old girl after resection of immature teratoma. FDG-PET (A) demonstrates two foci of marked glucose hypermetabolism in left and right lower pelvis (arrows). The T2-weighted MRI (B) shows the foci correspond to small soft-tissue nodules outlined by pelvic fluid, while the T1-weighted MRI (C) after contrast administration shows enhancement of these nodules (arrows) and T2-weighted PET/MRI (D) details the nodules amid pelvic fluid. Images courtesy of JNM. 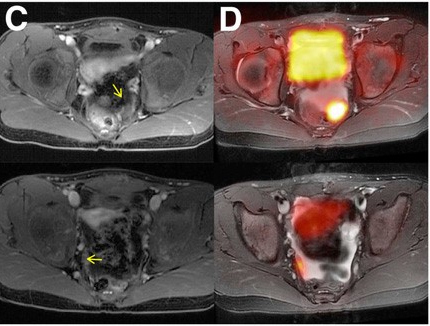 Image quality was also rated as "good to excellent" for both the unenhanced and the enhanced FDG-PET/MRI results. Unenhanced images received an average score of 3.6 (± 0.43), compared with an average score of 3.7 (± 0.31) for enhanced images. Again, there was no statistically significant difference (p > 0.05) and accuracy did not significantly differ among the diagnostic criteria.

The study's lesion-by-lesion comparison found agreement between FDG avidity and gadolinium contrast enhancement for 106 (86%) of the 123 tumors and discordance in 17 cases (14%).

The patient-by-patient analysis found agreement between FDG avidity and gadolinium contrast enhancement for all tumors in 30 patients, with six discordant cases for at least one tumor. Again, the differences were not statistically significant (p > 0.05).

"We had expected that contrast enhancement would have some advantage on some of these criteria, but when we looked at our data, it turned out that unenhanced sequences were surprisingly good," Daldrup-Link said.

She credited much of the positive results to the addition of diffusion-weighted imaging MR scans.

"It is very important to differentiate between necrotic and viable tumor tissue, which can be done very well with diffusion-weighted scans," she added.

In fact, DWI-MRI provided information on whether tumors were solid or had cystic or necrotic areas, information that was previously obtained using contrast-enhanced MRI.

DWI was also superior for detecting small peritoneal and serosal metastases, and it offered better contrast between tumors and bowel contents and equivalent images to FDG-PET/CT for patients with lymphoma.

DWI and T2-weighted MRI, however, were limited in characterizing focal liver lesions.

"We therefore suggest that the administration of gadolinium chelates may be necessary only if equivocal liver lesions are identified on unenhanced sequences," the authors wrote.

Daldrup-Link and colleagues are further analyzing the results to determine how much scan time could be reduced by avoiding the use of gadolinium contrast.

Preliminary results show an MRI scan time of 9.8 minutes (± 0.5 minutes) for coronal breath-hold scans (GE) in at least three phases after contrast media injection, plus axial postcontrast scans of the abdomen and/or pelvis.

"So, we could reduce scan time by at least 25% when omitting gadolinium-chelate-enhanced sequences from MRI or PET/MRI scans," Daldrup-Link said.

Another potential benefit of the findings is the replacement of gadolinium contrast with other classes of MRI contrast without losing critical information. Ultimately, it could lead to the introduction of agents such as iron oxide nanoparticles, which may improve diagnostic accuracy over currently available exams, she added.

"Our ultimate goal is to provide our patients with the most accurate one-stop imaging test for tumor staging, so they don't have to undergo multiple tests for a certain tumor type to get to a diagnosis," Daldrup-Link said. 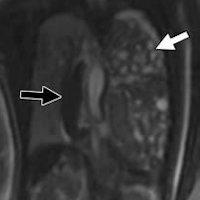 3T MRI could become routine for fetal anomalies
Advances in technology and software have made 3-tesla MRI a better option for examining fetal abnormalities, with no adverse effects on the fetus, according... 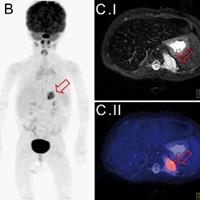 PET/MRI can be a boon for pediatric cancer patients
Young pediatric patients may benefit from FDG-PET/MRI for staging and clinically evaluating oncologic disorders, given the hybrid modality's superior...

FDA eyes risks of gadolinium contrast brain deposits
The U.S. Food and Drug Administration (FDA) on Monday announced that it will investigate the risk of gadolinium-based contrast agents in the wake of several... 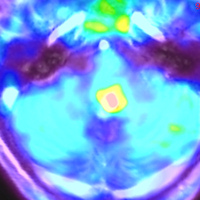 SNMMI: FDOPA-PET/MRI monitors pediatric brain tumors
BALTIMORE - Clinicians may soon be able to add PET/MRI with F-18 fluorodopa (FDOPA) to their imaging arsenal to evaluate the efficacy of the angiogenesis... 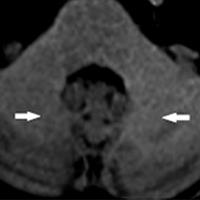 I mean, I'm sure the authors didn't come out and say you don't need Gd for any tumor imaging in children.  But to base this kind of conclusion on a retrospective study that included contrast imaging is very questionable (bias).  To draw conclusions from a sample size of about 100 kids across who knows how many tumor types seems sensationalistic. Did they specifically confirm this for, say, pediatric clival chordomas?

Sure we should be judicious and perhaps switch to highly bound forms of Gd contrast in order to reduce any possible downstream deposition issues.  And certainly DWI and other noncontrast techniques are great.  But science needs to be a little more rigorous before drawing such sweeping conclusions.  How about proving it for a single tumor type in a prospective manner where you don't have the bias of knowing there is already a tumor.

I freely admit I haven't read the original study.  But... n=100 across all tumor types?  Retrospective?  And this supports that Gd is never needed for any pediatric tumor imaging? Seems like the kind of conclusion a politician or a CMS bureaucrat could love.

1/15/2016 10:03:43 PM
jitendraz
MRI exam as per my knowledge works good for diagnosing tear or sprain of joints... for tumors or cancer I would prefer more for PET Scan or Bone scan which give better results than MRI

1/18/2016 6:53:41 AM
Revers
I can't imagine a time when a blanket statement is ever really true...especially in the field of MR.  I plan to look at each case differently this week/month to see if the diagnosis can be made 100% without Gad.  Somehow I doubt it.

1/18/2016 7:29:53 AM
dergon
In MSK I find Gd of relatively limited value in tumor work up.  It rarely changes management decisions, local staging, or the differential diagnosis.


I like  sometimes ...when I'm having a hard time on cyst versus solid, post-op recurrence, etc.

We tend to default to giving tumors with gd, but if I had to live without it I'd be fine most of the time.