June 26, 2015 -- Infants born to mothers who are obese display altered brain development, according to a new study in which diffusion-tensor MRI (DTI-MRI) showed reduced white-matter integrity in regions of the infants' brains that are associated with cognitive function. 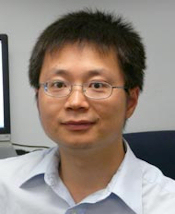 "We think this is a very important study, and it could have a huge impact if we can show a direct difference in the brain with maternal obesity, without any possible confounding factors during childhood," lead author Xiawei Ou, PhD, imaging lab director at ACNC and an MRI physicist in Arkansas Children's Hospital's department of radiology, told AuntMinnie.com. "This may raise the awareness of the general public that we need to deal with this prevalent issue of maternal obesity during pregnancy."

Ou and colleagues presented their results in a poster at the International Society for Magnetic Resonance in Medicine (ISMRM) annual meeting this month in Toronto. The study was also recently published in Obesity (May 2015, Vol. 23:5, pp. 1047-1054).

DTI-MRI has been shown to be an effective way to measure the brain's white-matter integrity in pediatric patients, while also revealing factors that may slow brain development. One previous study, also led by Ou, used DTI to detect significant white-matter microstructural differences in healthy children who were fed different diets when they were infants (Pediatric Research, December 2014, Vol. 76:6, pp. 535-543).

One of the challenges in the current study was to eliminate as many environmental and lifestyle factors as possible to determine a possible relationship between maternal obesity and newborn brain development. That challenge was one reason why these infants were imaged at such a young age.

"If you study children at 2, 5, or 12 years of age, a lot can happen that may also affect their neuro development," Ou said. "You can add some factors as covariants and consider them in the study, such as breastfeeding or formula feeding. But many other factors are difficult to quantify. Even sleep time and TV watching time may be related to brain development."

Ou and colleagues evaluated 28 newborns from 17 normal-weight mothers with a maternal body mass index (BMI) of less than 25, along with 11 obese mothers with a BMI of more than 30. All of the mothers had no complications during their pregnancies, were nonsmokers, and had no gestational diabetes or pre-eclampsia.

All 28 babies were born full-term and healthy, and they had their birth weight, length, and head circumference measured at approximately 2 weeks of age.

MRI exams were performed on a 1.5-tesla scanner (Achieva, Philips Healthcare) with a standard sensitivity encoding (SENSE) eight-channel pediatric head coil. An MRI-compatible camera was attached to the head coil and connected to an LCD monitor in the control room so clinicians could monitor the infants. They were imaged while they were asleep, and no sedation was used.

The results showed widespread white-matter tracts with significantly higher fractional anisotropy values (p < 0.05) in the babies of normal-weight mothers, compared with the babies of obese mothers. This was seen after adjusting for factors including gestational weight gain by the mothers and the infant's birth weight, length, head circumference, and diet.

The white-matter differences between the two infant groups were detected mainly in the anterior portion of the brain, rather than the posterior, Ou and colleagues noted.

All fractional anisotropy values were higher for the babies born to normal-weight mothers, compared with the obese group, in all brain regions and white-matter tracts studied, the group concluded.

"So for all these regions in the brain, newborn infants of obese mothers do not develop as well as infants from normal-weight mothers at age 2 weeks," Ou said. "We know that most of the white-matter tracts correspond to a particular function, but it is hard to interpret because the brain is still developing. But we know that white matter matures first in the posterior brain, then in the anterior brain."

The differences in white-matter integrity suggest "that some preconception or in utero factor(s) or event(s) in obese women inhibited white-matter development in their offspring compared with offspring from leaner women," the authors wrote. "Our findings, therefore, suggest that detectable structural differences in the brain precede childhood obesity and are a consequence of maternal obesity."

Ou and colleagues plan to continue this research path and scan the infants at a later age, perhaps as soon as 6 months, to monitor the development of their cognitive function.

"We have preliminary data that show brain volume also may be associated with maternal obesity, but we do not have a significant sample size yet," Ou said. "If we can increase the sample size, it is very likely we could see differences in other aspects in the function of the brain."

If you like this content, please share it with a colleague!
Related Reading
Study: Do fetal anatomy US scans earlier in obese women
Morbidly obese pregnant women face a greater risk of poor outcomes and can be difficult to image adequately on prenatal ultrasound. For that reason, fetal...

Experts chew the fat on obesity, services for larger patients
VIENNA - Ground-breaking applications of functional imaging techniques can help radiologists play their part in the fight against the emerging obesity...
MRS shows osteoporosis risk in obese patients
Magnetic resonance spectroscopy (MRS) has revealed that people with excess liver and muscle fat may be at greater risk for osteoporosis.
Obese women less likely to complete mammograms
Obese women are less likely to complete mammograms and more likely to report pain with the procedure, according to a new study published in the Journal...
Study: X-ray radiation dose to obese may be higher than thought
Radiation dose delivered to obese patients during radiography and fluoroscopy procedures may be higher than previously estimated -- and could be reaching...
Copyright © 2015 AuntMinnie.com