Knee MRI prices can vary almost 8-fold across the U.S.

May 6, 2015 -- The price of an outpatient noncontrast MRI scan of the knee can vary across the U.S. by almost eightfold, according to a new study in the May issue of the Journal of the American College of Radiology. The finding sheds light on an increasingly consumer-driven healthcare environment, researchers from the Mayo Clinic in Rochester, MN, wrote.

As legislators look for ways to curb healthcare spending, they've championed price transparency as a means of giving patients more control. But this tool can be limited because the pricing and reporting of healthcare services varies widely, according to corresponding author Dr. David Kallmes and colleagues.

These limitations can be especially detrimental to the uninsured and those with high-deductible health plans.

"The motivation for this project was to help characterize the local and regional charges for a routine outpatient imaging procedure, as this information is often difficult to obtain, owing to lack of uniform transparency rules, variable reporting, and changes in payment rates," Kallmes and colleagues wrote.

Using 2010 U.S. Census data, the group identified what it called "localities" -- that is, population clusters such as towns and cities -- with the highest populations for each state. The researchers analyzed the data they collected by locality and by U.S. region.

Kallmes and colleagues randomly chose nonhospital outpatient MRI centers in each state's highest-population area, based on data from the American College of Radiology's (ACR) MRI accreditation program database; each area had to have at least two and a maximum of three centers to be included in the study. The researchers further parsed data into three population brackets: 50,000 to 500,000, 500,000 to 1 million, and more than 1 million. The study included a total of 122 outpatient centers from 43 localities (JACR, May 2015, Vol. 12:5, pp. 444-452).

Between March and April 2013, the researchers contacted these centers by phone to determine the lowest out-of-pocket cost for a knee MR scan (both technical and professional fee) -- posing as a 21-year-old male college student who had injured his knee playing football. Kallmes and colleagues wrote and used a standardized script for these calls, with the essential question being: "What is the best price for a noncontrast knee MRI with all discounts included if I am uninsured and paying completely out of pocket?"

This suggests that competition for patients in highly populated areas influences scan prices, and the higher volume of procedures makes lower costs feasible.

"If you're in a busy city, there's going to be a lot of competition -- which will drive prices down," Kallmes told AuntMinnie.com.

It pays to shop around, the group concluded: In most areas, patients can save $200 or more if they compare prices.

"In the new high-deductible environment, patients will be paying for these high-cost diagnostic imaging procedures, and they're going to be sensitive to cost," Kallmes said. "That's going to drive their healthcare decisions."

Is there more than price?

But patients may not realize that price isn't the only way to determine the value of a service, the researchers wrote. Other quality measures should be considered as well.

"Particularly important are quality measures which include reading errors, complications from interventional procedures, and volume of services performed," they wrote. "Unfortunately, quality assessments are not as frequently reported as pricing, thereby preventing patients from making the most informed decision for care that holds the greatest value."

Further research in the vein of this study could combine pricing and quality data, Kallmes and colleagues suggested. And asking imaging centers more pointed questions could help, too.

"Consideration should be given to challenging centers with the prices of local competitors, to evaluate their response and reasoning for the difference in cost," they concluded. 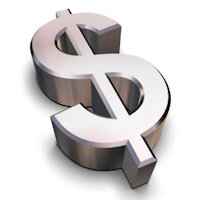 Study finds wild price variations for head CT scans
The price of a noncontrast head CT scan can vary more than fivefold in academic hospitals and more than tenfold in private practices across the U.S.,...
NY Times article takes aim at echo costs
An article published on December 15 in the New York Times took aim at the wide disparity in costs for echocardiography exams in the U.S., suggesting...
Report: Imaging costs vary widely in U.S.
Prices for medical imaging scans vary widely across the U.S., with the highest prices found in California, according to a new report published by Castlight... 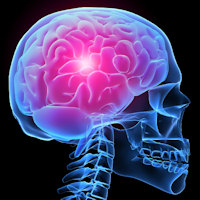 Study finds overutilization of imaging for headache in U.S.
Despite guidelines to control the use of CT and MRI for headaches and migraines, neuroimaging procedures are overused and cost an estimated $3.9 billion... 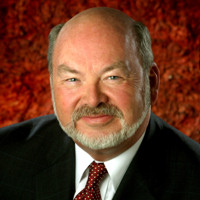 AHRA: Strategic planning in the era of accountable care
How medical imaging is conducted and delivered is changing. To be successful under new quality and payment models for healthcare such as accountable care,...
Copyright © 2015 AuntMinnie.com

Forum Comments
11 comments so far ...
5/6/2015 6:40:14 AM
doc muneesh
Expected ! But what about price variation across countries / continents
In india too MRI prices vary from center to center.. surprisingly - as the machines all cost the same, their maintenance cost is the same as well, all over the world, hence their should be some sense (reasonable range) in their productivity and exam costs..
in india an MRI knee (1.5 T) with discounts can be as low as 3500 rs = 55 $ !!! (can vouch for the quality of images and interpretation - they are not any different)
so compare that to 2000 plus $ for the same exam..  - a difference of 40 folds ! OMG.


Only problem is that you will not get your scan for 6 weeks....


Thats definitely not true.  I was in Mumbai last month and was dealing with an uncle with prostate ca.  You pay a couple extra rupees and you can have your scan day of.

5/6/2015 7:29:24 AM
MRI Doc
As virtually no one is uninsured these days (ask the president, if you don't believe me), virtually no one is paying these large fees.  With high deductible plans, as cited by the authors, the patient doesn't pay the list price.  Rather, he pays the price negotiated by the insurer.  Instead of looking at list price, the author should have looked at insurance-adjusted costs to patients with high, unmet deductibles.  Often, large institutions like Mayo Clinic can negotiate prices 5 times higher or more than independent imaging centers.  Also, I've noticed that in many larger institutions, the radiologist services are out-of-network and that this is not explained up front to the patient.  Worst case scenario:  the patient gets stuck with a bill of $2,000.00 from the hospital then gets a bill of $400 from the radiologist.  Compare that to a global bill (technical and professional charges inclusive) at an independent imaging center of $450.00 (despite the latter center using a new, 3T scanner and the hospital using a 10-year-old 1.5T).  This is not far from the mark in our market.