January 14, 2015 -- If tweets are any indication, many patients are concerned about the issue of CT radiation dose risk, and radiologists need to get more involved on Twitter to alleviate these concerns, according to a new study published in the American Journal of Roentgenology.

After examining content on Twitter related to CT and radiation over the course of a year, lead author Dr. Vinay Prabhu, of NYU Langone Medical Center, and colleague Dr. Andrew Rosenkrantz found that the majority of posts had a concerned or unfavorable view regarding risk and were posted by nonphysicians. Furthermore, most links were to lay press and other nonpeer-reviewed sources. 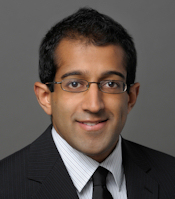 "We believe that more active engagement on social networks by radiologists, physicists, and radiologic technologists is warranted to achieve a more balanced representation and alleviate substantial concerns relating to CT radiation risk that appear to dominate the social media atmosphere," Prabhu and Rosenkrantz wrote. "Indeed, social media provides a compelling outlet for radiologists to take advantage of their training and knowledge in this area to engage patients in ways otherwise not possible."

Prabhu and Rosenkrantz culled 621 relevant tweets by 557 unique users from the first week of each month of 2013, assessing the posts' content regarding CT's benefit-to-risk ratio as unfavorable/concerned, favorable, neutral, or informative (AJR, January 2015, Vol. 204:1, pp. W48-W51).

Physician users were in the minority: Only 90 of the 557 users were physicians (16%), and 17 of these 90 physicians were radiologists. Thirty of the 557 users were medical practices or hospitals (5%), of which 10 were radiology-related. Of the remaining users, 34 (6%) were patients, eight (1%) were physicists or technologists, and 395 (71%) were other types of users such as businesses, reporters, or other health professionals.

Radiologists' lack of participation on Twitter may reveal a broader lack of activity by the profession in working to inform public opinion on important topics such as CT and radiation risk, the authors wrote. But it's time to step up: Taking to social media fits well with the current shift in practice from radiologists acting solely as image interpreters to becoming part of the healthcare continuum, Rosenkrantz told AuntMinnie.com.

"Our role is not just to interpret images, but also to enhance patient care across the whole healthcare spectrum," he said. "Patients have questions about issues like CT radiation dose, and part of the radiologist's role is to respond. Twitter is a good way to do that."

Are there obstacles to radiologists using social media more frequently? There shouldn't be, Prabhu said.

"Radiologists tend to be tech-savvy, since our field is technology-heavy," he said.

In any case, it's important that accurate information about CT and radiation be widely available, they wrote.

"Because Twitter is likely to influence [patient perspectives], radiologists, physicists, and radiologic technologists are in a position to take a proactive approach, offering Twitter content about the topic that is credible and helpful and takes advantage of their training and expertise in the area," they concluded. 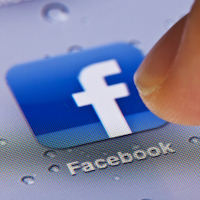 Social networking no longer optional for radiologists
Radiologists are certainly busy these days, but they had better find the time to use online social networking services and tools in a professional capacity....
FDA issues draft social media, Internet guidance
The U.S. Food and Drug Administration has published two draft guidances for the medical industry on the use of social media and Internet communication... 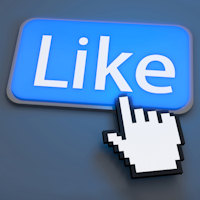 Top 10 social media tips for radiologists
More now than ever before, radiologists need to become visible to patients. A strong social media presence is a vital component of a strategy to facilitate...