December 2, 2014 -- Geographic variations in imaging use do not necessarily mean that these services are being overused, according to a new study published in the Annals of Internal Medicine. Rather, other factors, such as how care is structured in a system and how physicians are paid, may come into play.

The study findings address an issue policymakers have been raising for years: Regional variation in imaging costs is part of an overall increase in healthcare spending, they say, and curbing geographic variations in healthcare service delivery should be a key effort. However, using geographical patterns as a guide -- rather than evaluating the whole picture of how health services are provided across the U.S. -- may not actually make healthcare more efficient. 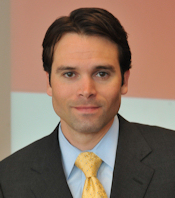 "While geographic comparisons can be useful for understanding trends in provider behavior, our study demonstrates that geographic variation is not necessarily a reliable indicator of the extent of overuse in a healthcare system," lead author Dr. J. Michael McWilliams, PhD, of Harvard Medical School, told AuntMinnie.com.

To investigate the issue, McWilliams and colleagues chose to study cancer-related imaging, comparing data from the Veterans Affairs (VA) healthcare system with traditional fee-for-service Medicare. Why? In part because over the past 20 years, the VA system has emphasized payment and delivery paradigms that Medicare is currently encouraging to bring healthcare costs to heel, such as integrated care, quality measures and performance incentives, and accountability (Ann Intern Med, December 1, 2014).

"We felt cancer-related imaging would be a useful service for this study, since it's often overused, but also because it tends to be segregated between the VA system and Medicare," McWilliams said.

The researchers used Medicare claims from 2003 to 2005, as well as VA use data for the same time period for men over 65 with primary diagnoses of lung, colorectal, or prostate cancer. Study data covered 40 hospital referral regions across 23 states, which represented 22% of the Medicare population in 2005. The team explored whether the use of cancer-related imaging was lower for VA patients than Medicare beneficiaries, and if it was, whether this lower use was associated with less geographic variation.

There are many reasons why the VA system could be associated with lower average use of healthcare services but not geographic variation, including its service delivery structure, the use of global budgets to control spending, and salaried physicians, the researchers wrote.

"VA medical centers operating under budgets may prioritize services differently, leading to heterogeneity in capacity to provide a given type of service," they wrote.

But even if geographic variation isn't the best way to measure healthcare service overuse, the study does suggest there may be waste in the healthcare system, specifically in imaging, that needs to be addressed, McWilliams said.

"The fact that imaging use was almost half as much in the VA system as compared to Medicare suggests that there is room for improvement in cutting healthcare waste," he told AuntMinnie.com. "But the geographic variation paradigm may not be the best way to quantify this."

Patient factors, not doctors, affect emergency imaging
Little of the geographic variations in emergency department imaging use can be attributed to physician characteristics such as experience, training, or...
ED trumps hospital inpatient as source for imaging referrals
Today's radiologists are reading more imaging exams from emergency departments (ED) and fewer from hospital inpatient departments than radiologists 10...
Study finds Medicare patients get repeat testing too often
Are Medicare patients getting too many repeat diagnostic tests -- including medical imaging scans? A study of nearly 750,000 patients published online...
CT procedure volume falls, except for emergency use
After decades of rising CT utilization, U.S. doctors appear to have finally hit the pause button -- and even the reverse button -- reducing their use...
Imaging growth contributes to increase in ED visits
The number of patient emergency department (ED) visits increased 60% faster than population growth between 2001 and 2008, and advanced imaging was a contributing...
Copyright © 2014 AuntMinnie.com