June 24, 2014 -- Adding digital breast tomosynthesis to mammography screening boosts the detection of invasive cancer by more than a third compared to mammography alone while reducing the number of false positives by 15%, according to a study in the June 25 issue of the Journal of the American Medical Association.

The research addresses a few of what critics call mammography's harms, such as the potential for overdiagnosis and anxiety caused by recalls -- although it's not clear that women themselves consider these to be barriers to screening, lead author Dr. Sarah Friedewald of Advocate Lutheran General Hospital in Park Ridge, IL, told AuntMinnie.com.

"It's frustrating to have people tell women that they're suffering because of false positives -- that they can't handle the anxiety," she said. "In general, the women I encounter in my practice are willing to go through some discomfort in order to be proactive about their breast health." 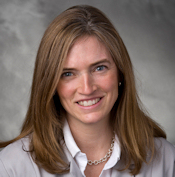 The study included data from 13 breast centers. Friedewald's group assessed recall rates, cancer detection rates, and positive predictive values for recall and biopsy across more than two years (March 2010 to December 2012). For the tomosynthesis exams, all 13 sites used the same technology -- Hologic's Selenia Dimensions -- which is the only DBT device approved by the U.S. Food and Drug Administration (JAMA, June 25, 2014, Vol. 311:24, pp. 2499-2507).

The diversity of practices included in the study is one of its strengths, Friedewald told AuntMinnie.com. The sites varied according to geography, academic versus nonacademic settings, and specialist and nonspecialist readers; they even differed in terms of whether the technology was adopted partially or completely during the study period.

"There have been a number of single-site tomosynthesis studies published, and they've all been very promising," she said. "But we wanted to evaluate how the technology is working across a variety of practice types."

Those numbers improved with the combination of digital mammography and tomosynthesis: 15,541 patients were recalled, and 3,285 biopsies resulted in a cancer diagnosis in 950 patients (with 707 of these cases proving to be invasive and 243 in situ).

Friedewald and colleagues found that the combination of digital mammography and tomosynthesis not only reduced recalls, it increased both overall and invasive cancer detection rates while ductal carcinoma in situ rates remained the same.

"These results were nice to see, particularly because they're comparable to study data we've seen out of Europe," Friedewald told AuntMinnie.com. "It gives us a level of confidence that the combination of digital mammography plus tomosynthesis is finding the cancers we want to find."

In addition, the findings were similar across the variety of practices, Friedewald and colleagues wrote.

"Despite this diversity [of the centers], there was remarkably consistent improvement in measured screening outcomes when tomosynthesis was implemented," they wrote. "Moreover, the large volume of patients reflected collectively in this study provided statistical significance to critical measures of screening mammography performance not easily achievable in prior single-site studies given the relatively low prevalence of cancer in the screening population."

The study did find that tomosynthesis plus mammography increased the biopsy rate over mammography alone by 7%, from 18.1 biopsies per 1,000 cases to 19.3. But there was also a simultaneous 21% increase in the positive predictive value for biopsy, which reflected a higher yield of malignancy in women who underwent biopsy after the tomosynthesis/mammography combination, Friedewald's group wrote.

The study adds considerable evidence to the current knowledge of how tomosynthesis performs in everyday practice in a variety of settings, wrote Dr. Etta Pisano of the Medical University of South Carolina and Dr. Martin Yaffe of the University of Toronto in an accompanying editorial in the same issue (pp. 2488-2489).

Not so fast, according to Pisano and Yaffe.

"Despite the promising results reported by Friedewald et al, the answer is still uncertain," they wrote. "For those who interpret the evidence to suggest that screening saves lives without undue false-positive results and overdiagnoses, this study contributes to the case for tomosynthesis over digital mammography. However, for those whose interpretation of the evidence leads to questioning the utility of screening mammography per se, this study may not provide sufficient evidence to change their opinion."

If you like this content, please share it with a colleague!
Related Reading
DBT not only finds more cancers, but more invasive ones
In community practice, digital breast tomosynthesis (DBT) performed better than conventional 2D mammography, reducing recall rates, increasing overall... 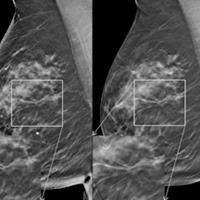 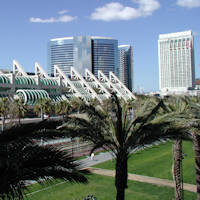 Forum Comments
7 comments so far ...
6/24/2014 10:02:11 PM
Dr.Doyle
About 10 years ago there was a study that said, MRI is the most sensitive imaging study for soft-tissues. Tomography does not have the resolution of an MRI study since it is using grey scales (hounsfield units) to discern tissue structure. I think this study is bogus at best.


About 10 years ago there was a study that said, MRI is the most sensitive imaging study for soft-tissues. Tomography does not have the resolution of an MRI study since it is using grey scales (hounsfield units) to discern tissue structure. I think this study is bogus at best.


Breast cancer is completely a different beast. Hounsfield units are not used in breast tomo.

Tomo for sure detects more cancers. It is esp superior to mammo for assessment of architectural distortion and asymmetry. However, a screening test does not need to be 100% sensitive.  Tomo detects about 10% more cancers, which is equal to one more cancer in every 1000 studies. IMO, doing 1000 tomo to detect one more cancer is not justifiable.

MRI is absolutely the most sensitive test but it is too sensitive for a screening test. You will end up with 3 times biopsies or lots of follow ups with MRI. Right now, PPV of biopsies on mammo is about 30%. On MRI, it will be much less.

The only acceptable argument in favor of doing tomo on all screens is significant decrease in call back rate (about 30-40%). Some investigation is going on to do only tomo as screening and make a mammo recon from it. I personally don't favor this method of screening, since I believe that a screening test should not be 100% sensitive. More sensitivity is equal to less specificity or higher cost.  There is always a trade-off. We have to choice a reasonable compromise between sensitivity, specificity and cost.

6/25/2014 4:58:41 AM
Jane Blethyn
The NHS published annual results in 2012 of the UK breast screening service of FFDM without tomosynthesis giving a detection rate  for invasive cancer of 6.4 women per 1000 women screened which compares very favourably with these published figures showing what a high volume film read, double reported radiology service can achieve.  Sometimes it feels as if the UK and Europe are invisible.


What is the definition of high volume?


What was the method of double reading?
6/25/2014 5:50:46 AM
LaurenceKing
The data comes from the NHSBSP 2012 annual report, found here:
http://www.cancerscreening.nhs.uk/breastscreen/publications/2012review.html
the quoted figure of 6.4 detected cancers per 1000 women is in table 11, section 14.