February 10, 2014 -- Does your health system want to take your subspecialized image reading in-house around the clock, but you're not sure if you have the staff? Check out the case of one New Jersey health system, which was able to centralize 24/7 subspecialized reading after performing a comprehensive workload analysis.

After analyzing data from six months of imaging studies performed at five hospitals in their enterprise, researchers from Robert Wood Johnson Medical School/University Radiology Group found that it wasn't efficient for each facility to offer 24/7 subspecialized reads on its own. But such a service could be offered by aggregating imaging studies across the enterprise and distributing them to radiologists in various locations.

"By aggregating the workload across multiple sites, it reduces the amount of workload variability one site can experience," Dr. Lily Zou told AuntMinnie.com."This way you can maximize efficiency and still provide high-quality reads 24/7."

She shared the team's experience during a scientific session at RSNA 2013.

Finding just the right mix can be a challenge. Not having enough subspecialized staff available increases turnaround time and prevents provision of subspecialized interpretation; being overstaffed for the amount of work leads to inefficiency and wasted resources, she said.

The researchers first sought to assess the imaging workload for five hospitals in their health system that use a common radiologist staff, calculating the amount and location of where the imaging studies were being performed as well as the distribution of studies by modality. The five hospitals included four community hospitals and one academic level I trauma center.

Imaging exams from these hospitals are transmitted to a central data center at University Radiology Group, where radiologists can read them from any location from a single worklist. Subspecialized radiology services offered include general diagnostic, body, interventional, musculoskeletal, neurointerventional, nuclear medicine, pediatrics, and women's imaging.

Next, the researchers calculated the capacity of the typical radiologist by specialty for interpreting studies per shift. With that data in hand, they devised strategies to match radiologist staff to workload.

Studies were assigned to a subspecialty as follows:

The distribution of studies by shift was similar throughout the five hospital sites and the three radiologist skill sets. Overall, the first shift is always the busiest, while the second and third shifts together are about equal to the first shift, according to Zou.

For stat studies, the second shift was the busiest.

Data analysis revealed there weren't enough studies at all five hospitals -- including the academic hospital -- to support subspecialty reading 24/7 at each facility, she said. But there would be sufficient volume if the cases were aggregated from multiple hospitals.

To match radiologist staffing to the workload, the researchers tabulated the mean RVUs and standard deviation for each hospital per specialty, per shift. Variation was measured via a coefficient of variation, which was calculated by dividing the standard deviation by the mean.

The effects of day-to-day variation can be ameliorated by aggregating the studies from all the hospitals, Zou said. For example, the coefficient of variation for second-shift neuroradiology studies ranged from 25% to 39% for the five hospitals individually, but it dropped to 18% overall when they were aggregated.

The data analysis showed that at least half of the radiologists need to work the second and third shifts for all studies to be read in real-time. Also, single hospitals, even relatively large ones, may not have adequate imaging volumes to support full subspecialty reading, Zou said.

"But by aggregating studies from multiple hospitals, 24/7 subspecialization is possible," she concluded. 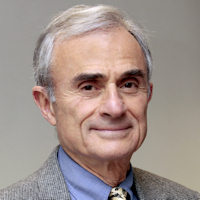 Levin: Radiology groups must retool to fend off telerad firms
The rise of teleradiology has led to the displacement of many radiology groups from long-standing relationships with hospitals. But it doesn't have to...
Survey shows stable radiology job market
Residents may not be thrilled about the tough job market, but data from a massive annual survey of radiology jobs show little change from year to year,... 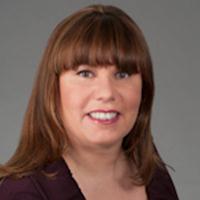 Mary's Musings: Teamwork and proper exposure for radiologists
The theme of the RSNA 2013 meeting is "The Power of Partnership." This has prompted Dr. Mary Morrison Saltz to ponder what the role of partnership...
Radiology can benefit from mobile computing in myriad ways
Mobile computing technologies have the potential to reshape the practice of radiology, touching on areas such as interactions with referring physicians...
Radiologists can fight reading fatigue with a few steps
Feeling a little tired from your long image reading session? You're not the only one. But you may be able to reduce fatigue by wearing contact lenses...
Copyright © 2014 AuntMinnie.com