February 26, 2013 -- One of the easiest ways to reduce repeat imaging for patients transferred to a new hospital is for radiologists to prepare a report for external images transferred with the patients on CDs, according to a study by researchers from the University of California, San Francisco (UCSF).

At UCSF, radiology exams brought by patients are routinely uploaded into the PACS to be added to their files. However, the physicians of these patients can request for any exam to be read by a staff radiologist and for a formal report to be prepared. That's been the case for decades, even when film was the norm as the mode of image transfer.

Could this formal procedure of interpreting outside images have any effect on repeat exams?

Dr. Michael Lu, a former radiology resident at UCSF, along with colleagues Wyatt Tellis, PhD, and Dr. David Avrin, PhD, decided to assess whether providing a formal report for outside imaging reduced the number of repeat exams. To do this, they analyzed six years of data for patients who brought CDs of abdominal CT exams performed by healthcare providers other than UCSF. The study was presented at RSNA 2012. 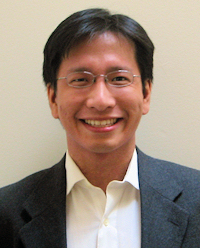 "We focused our retrospective study on abdominal CTs because they are a relatively high-cost exam to perform and they are associated with a high radiation dose exposure," Lu explained.

External CT studies that were at most 60 days old at the time of import were considered. The 60-day threshold was chosen to minimize the number of routine follow-up imaging studies counted as "repeat imaging," Lu said.

Between January 1, 2006, and December 31, 2011, a total of 10,330 consecutive patients had external abdominal CT exams on DICOM CDs imported into the radiology department's PACS. Staff radiologists prepared formal reports for 36% of these (3,719 exams); physicians did not request a formal report for the remaining 64%. Exams imported into PACS that did not have a report prepared were tagged as being for "comparison purposes only."

Of the patients who underwent abdominal surgery, 63% had formal reports prepared of their CT exams. Lu and colleagues also determined that the age of the exam influenced whether a report was requested. They assigned the date the external CT exam was performed into one of three 20-day time periods.

The researchers then compared the rate of patients having a repeat abdominal CT performed within 14 days from the time they were seen at UCSF. Only 9.4% of the patients who had a formal report prepared ended up having a repeat CT exam, compared with 14% of the patients who did not have reports prepared. This represented an absolute difference of 5% and a relative difference of 32%, Lu said.

"After adjusting for possible confounding variables such as the specialty of the ordering physician and the age of the outside imaging study with a multivariate analysis, patients who received a formal report continued to have lower odds of repeat imaging, with an odds ratio of 0.53," he explained.

The acuity of a patient's presentation may have affected the ordering of a repeat exam, Lu acknowledged in response to a session attendee. This aspect was outside the scope of the study.

"The cost of an exam and the radiation dose associated with diagnostic imaging is under scrutiny -- by the government, the public, and the medical profession," he said. "I think it is very important for us as a specialty to review our practice to find ways we can reduce unnecessary imaging. Reducing repeat imaging at the transfer of care that could otherwise be avoided is low-hanging fruit."

When staff radiologists at a receiving institution prepare a formal report, it reassures the requesting physician that the interpretation has originated from a known and presumably trusted radiologist. It also avoids errors of miscommunication or incomplete review that could occur with informal "curbside" consults. These formal reports for outside imaging are also incorporated into the patient's electronic medical record.

In fact, the UCSF radiology department is trying to streamline the process. Physicians may use their office computer with a Web browser to access images on a CD, and determine on-the-fly if the images should be archived as part of the patient's record and also reinterpreted. This enables a patient to keep the CD, which may be his or her only record of the exam(s) performed.

It was also important to determine the benefits of preparing these formal reports to help other healthcare institutions decide whether to adopt the practice, the research team noted.

Lu referenced the fact that many hospitals require in-house pathologists to review external slides of a patient before surgery is approved. If the study findings from UCSF can be replicated by other hospitals' radiology departments, it may be feasible to have a similar guideline for reports to be prepared for relevant external exams, he said.

In that case, it would also be beneficial if one of radiology's professional societies supported such a guideline, he added.

If you like this content, please share it with a colleague!
Related Reading
Automated software eases handling of patient CDs
With little need for human intervention or training, a commercially available software application can reliably import images from CDs into a PACS network,...
Electronic image transfer lowers cost, radiation exposure
Researchers from the Pacific Northwest reduced repeat rates for CT studies of trauma patients with an electronic image transfer network using CDs and...
HIMSS: Cloud-based image sharing offers many benefits
The use of cloud computing technology for radiology image exchange can improve quality of care while decreasing costs and improving relationships with...
Importing outside studies into PACS avoids repeat imaging
Repeat imaging studies can add unnecessary cost and radiation dose for patients. Importing outside imaging exams into PACS can significantly improve the...
Successful CD imports lead to lower image utilization
Hospitals may not enjoy dealing with those ubiquitous CDs that come with patients transferred to their emergency departments. But if they can import the...
Copyright © 2013 AuntMinnie.com