Interventional radiology comes into its own

November 12, 2020 -- RSNA 2020 arrives as interventional radiology is coming into its own. Established as a distinct medical specialty in 2012, the discipline is expanding the range of procedures for which it's used, offering in many cases an alternative to traditional invasive surgery that's less expensive and also results in faster recovery times.

And there are signs that interventional radiology is just getting started. Exciting new technologies like augmented and mixed reality -- in which interventionalists perform procedures while viewing images on heads-up displays -- are in their infancy, but they offer great potential for more precisely guided treatments. And artificial intelligence (AI) also has applications for interventional use. 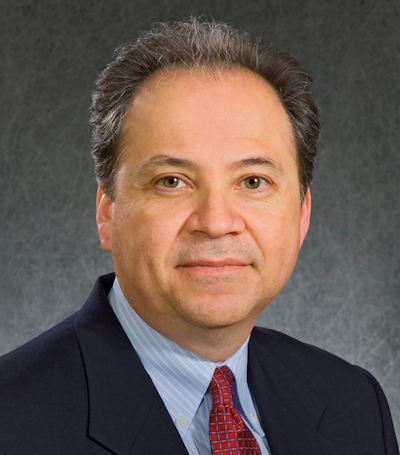 Arellano uses the analogy of a house on fire, with interventional radiologists the firefighters.

"You take a neighborhood block, and one house in the middle is on fire. With a microcatheter, we can pull right up to the front of the house and spray the water right onto the house," Arellano told AuntMinnie.com in an interview. "Years ago, you had to park down the street, turn on the hose, and shower the whole neighborhood to get that one house that was on fire. We can be much more specific now in what we target."

One of the most exciting areas of interventional radiology is radioembolization, in which radioisotopes like yttrium-90 (Y-90) are delivered to cancer sites via catheter to emit therapeutic doses of radiation. Radioembolization is primarily used to treat liver cancer, but it has potential outside that organ as well.

Arellano sees a merging of interventional radiology and immuno-oncology, in which the human body's own immune system is leveraged to fight cancer. He believes that advancements made in benchtop laboratory science can be combined with the technical expertise of interventional oncology to delve deeper into tumors at the molecular level.

For example, he believes that interventional ablation and embolization techniques could be used to stimulate the immune system and harness its power to aid in treatment. In radiation therapy, such a phenomenon -- the abscopal effect -- is already recognized, as the irradiation of a primary tumor can also cause untreated tumors elsewhere to shrink.

"By triggering an internal system, we might be able to get one's immune system to fight against the tumors that the body is creating," Arellano said.

Arellano also sees advances in technology as creating new opportunities for interventional radiology. New navigation systems can help interventionalists better target tumors for ablation, as well as evaluate how tumors are responding to treatment and ensure that healthy tissue is spared.

"The continued evolution of imaging techniques and information technology, combined with ablation, only works to make ablation safer and more readily accessible," he said.

Another positive trend is the ongoing miniaturization of imaging technology, particularly in ultrasound. Intravascular ultrasound systems are now small enough to be able to guide procedures, such as the placement of transjugular intrahepatic portosystemic shunts (TIPS).

Arellano pointed out that despite its growing value as a therapeutic technique, interventional radiology is still an image-based, image-guided specialty. In the case of TIPS, the procedure was initially developed as a "blind stick," but now interventionalists can use intravascular ultrasound to watch in real-time as the needle traverses the hepatic vein into the portal vein.

"I see that as a major advancement," he said. "For the newer generation of interventionalists who are coming through, who are very grounded in image-guided techniques, the ability to see something real-time will only facilitate the creation of the TIPS shunt and thereby minimize procedural time, radiation time, and medication dosages."

Among coming changes in the next five to 10 years, Arellano sees imaging resolution improving, expanding the potential areas where interventional radiology can be used. For example, currently, interventionalists evaluating an intrahepatic cholangiocarcinoma can visualize biliary duct dilatation but not a discrete mass. That could change with a microultrasound catheter, he believes.

Another new technology that could assist interventional radiology is artificial intelligence. AI algorithms could be used to predict the outcomes of interventions -- for example, using an algorithm to analyze a liver tumor, then predict outcomes, residual disease, and long-term benefits of different types of interventional procedures.

Ultimately, Arellano sees AI almost as another type of lab test that's used in the workup of patients. For example, currently, alpha-fetoprotein levels in a patient with cirrhosis and liver cancer are used to assess the degree of disease involvement and treatment response. By the same token, results from an AI analysis could be used as part of decision-making, patient counseling, and expectations of treatment results.

But interventionalists should make sure they don't get so caught up in all this new technology that they forget the human element of the discipline. Even the most sophisticated navigation systems need a human "driver" to remain cognizant of their surroundings and not go astray.

Arellano said he continues to be amazed by how advances in technology are enabling interventional radiologists to expand the range of possible applications -- to the benefit of patients.

"The fact that we can create that physiologic shunt through a puncture in the neck and through the liver with intravascular ultrasound and do it in 20 minutes continues to fascinate me," he said. "It's just an example of how the refinements of techniques have advanced us so far."

A number of presentations specific to interventional radiology are found on the RSNA 2020 advance program.