Researchers from New York University (NYU) have developed a unique MRI-based approach for better evaluating damage from concussions that uses measurements of water diffusion to obtain a microscopic view of the brain's white matter, according to a study presented Tuesday at RSNA 2019.

"Looking at how water molecules are diffusing in the nerve fibers in the corpus callosum and within the microenvironment around the nerve fibers allows us to better understand the white matter microstructural injury that occurs," said study co-author Dr. Melanie Wegener, resident physician at NYU Langone Health.

For this study, Wegener and colleagues used 3-tesla MRI scans (Skyra, Siemens Healthineers) to compare the corpus callosum in 36 patients (mean age, 36 years) within one month of their injury to the same images from 27 healthy controls (mean age, 37 years). The water diffusion findings then were combined with the test results from a test developed by Wegener and colleagues at NYU Langone called the Interhemispheric Speed of Processing Task.

In the test, subjects sit in a chair and focus on the letter X, which is displayed on a screen directly in front of them. The researchers then flash three-letter words to the right or the left of the X and ask the participants to say those words as quickly as possible. By doing so, the researchers can determine the reaction times of concussed patients, compared with healthy controls.

NYU researchers suggest that the delay is likely due to the fact that language function is most often located in the left hemisphere, which means information presented to the left visual field is first transmitted to the right visual cortex in the brain and then has to cross over the corpus callosum to get to the left language center. In contrast, words that are presented to the right visual field do not need to cross the corpus callosum.

MR image from a patient with mild traumatic brain injury demonstrating corpus callosum fiber tractography, which is a 3D reconstruction of white-matter fibers. This image specifically provides information on the axonal water fraction. Image courtesy of the RSNA.

Most importantly, reaction time results among the healthy controls corresponded with several diffusion measures in the splenium, an area of the corpus callosum located between the right visual cortex and the left language center. There was no such correlation in the patients with concussions, which would suggest microstructural changes occurred because of the concussions.

As for the clinical ramifications of the findings, Wegener and colleagues suggested that patients could undergo an MRI scan right after a concussion to determine if there is any injury to the white matter of the brain and undergo early treatment, if necessary.

"Another thing we can do is use MRI to look at patients' brains during treatment and monitor the microstructure to see if there is a treatment-related response," she added. 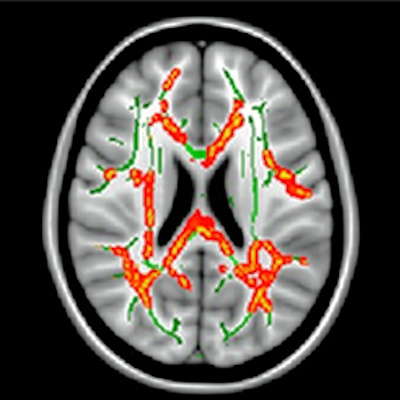 DTI-MRI shows varying results from football hits to head
MRI scans have revealed a significant reduction in the brain's white matter among high school and junior high football players after multiple hits to... 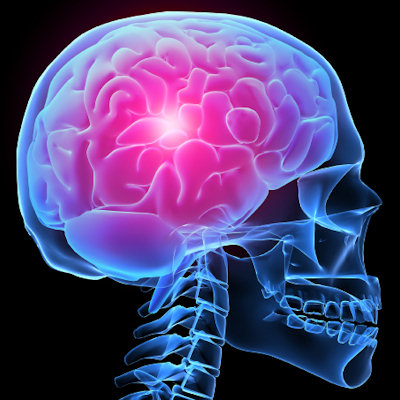 MEG might be new way to evaluate concussions
CHICAGO - Could magnetoencephalography (MEG) become radiology's new weapon in its arsenal to evaluate the effects of concussions? MEG's measurement of... 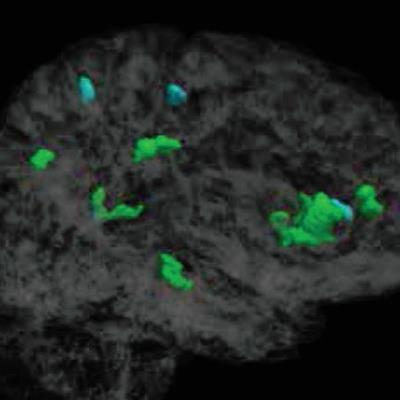 Soccer ball heading more risky for women than men
Heading a soccer ball may not always be the safest play on the pitch. Diffusion-tensor MRI has revealed that female soccer players have more microstructural...
Copyright © 2019 AuntMinnie.com