The RSNA has named new officers during its annual conference in Chicago with Dr. Vijay Rao at the helm. 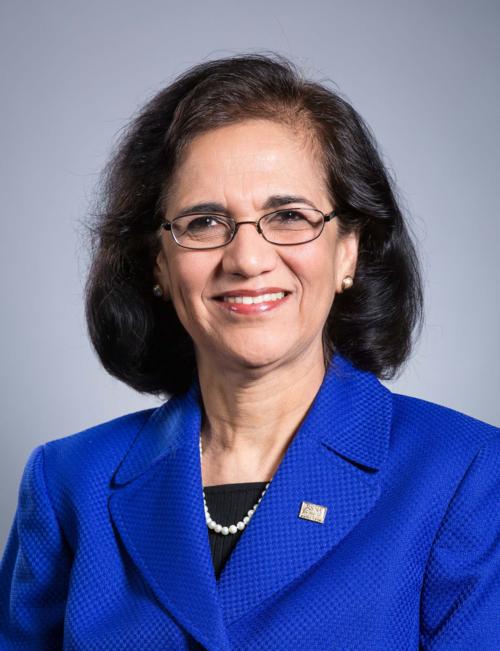 RSNA named Rao president of the RSNA Board of Directors. She is a global authority on head and neck imaging and also recognized for her health services research in radiology. She is the David C. Levin professor and chair of radiology at Sidney Kimmel Medical College of Thomas Jefferson University and the senior vice president and chair of Enterprise Radiology and Imaging at Jefferson Health in Philadelphia.

As president, Rao will emphasize the role radiology has in transforming healthcare delivery in the digital age, the RSNA said.

The society also named a new president-elect and chair of the RSNA board.

Breast imaging expert Dr. Valerie Jackson is the new president-elect. She is the executive director of the American Board of Radiology (ABR), a position she has held since 2014. She previously served on ABR's board of trustees from 2001 to 2010. Jackson is the Eugene C. Klatte Professor Emeritus and has had numerous academic appointments at Indiana University School of Medicine over the years, including lecturer, professor, and chairman of the department of radiology and imaging sciences.

As president-elect, she will support RSNA's mission in promoting excellence in the care of patients and healthcare delivery through education and research, the society said.

If you like this content, please share it with a colleague!
Related Reading
RSNA to publish 3 new online journals
The RSNA will begin publishing three new subspecialty online journals in 2019 on cancer imaging, cardiothoracic imaging, and machine learning/artificial...
FDA, RSNA plan joint 3D printing workshop
The U.S. Food and Drug Administration's (FDA) Centers for Devices and Radiological Health and the RSNA's 3D printing Special Interest Group will be holding...
RSNA to host Fast 5 session at annual meeting
The RSNA is accepting nominations for speakers at a new Fast 5 session to be launched at this year's annual meeting.
RSNA foundation to award $4M in grants
The RSNA Research and Education Foundation said it will fund $4 million in grants in 2017 -- the second year in a row it has reached the $4 million mark.
Former RSNA President Dr. Richard Baron dies
The RSNA and European Society of Radiology are mourning the sudden death on May 4 of Dr. Richard Baron, the RSNA's immediate past president.
Last Updated np 11/30/2017 1:08:08 PM